Good morning from the Big Apple! 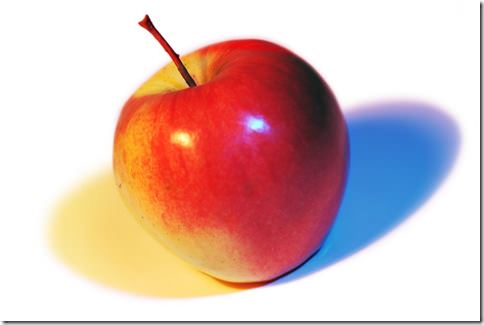 Yesterday was a whirlwind day that started with a VIP pick up in a Lincoln Town Car at the airport! I literally walked right off of the plane and into the car – too cool. :D

We drove into the city and directly to my hotel – Wyndham Chelsea Hotel. 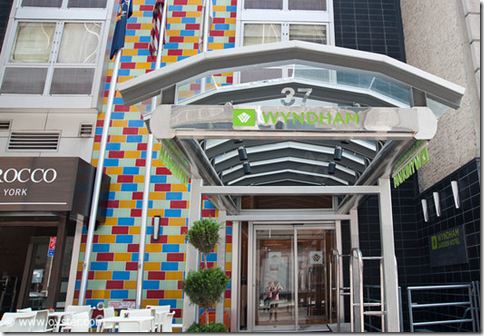 The Wyndham is small, but clean – and the views from my room are killer. ;) 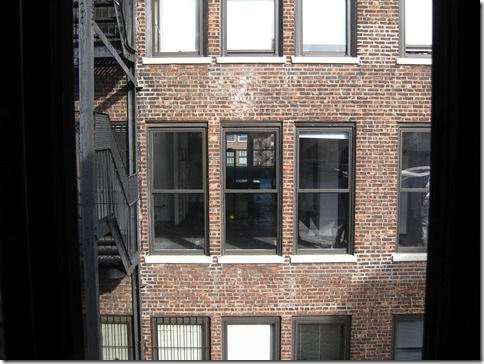 Seriously though, who needs a big room when you’re in New York City anyways? You’ll never find me in bed when I can be out exploring! 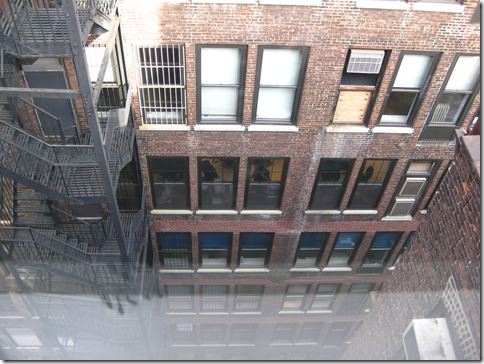 The hotel is in the Chelsea/Flat Iron district of NYC, which is made up of a lot of old garment factories, etc. They’ve converted a lot of the space into lofts and photographer’s studios – the whole area has got such character! 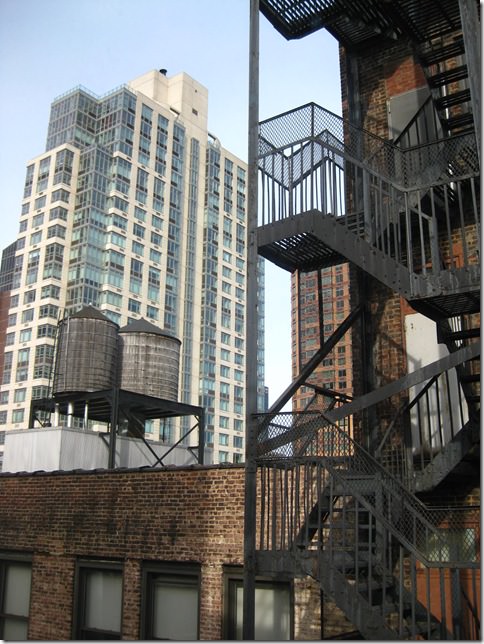 The photo studio is actually where I was headed next, to meet up with the other people who would be modeling in the ads (sorry I can’t get into specifics, I’ll tell you everything after it drops!), as well as pick out wardrobe and take test shots for today’s shoot. Ummm – check out the view from the studio! 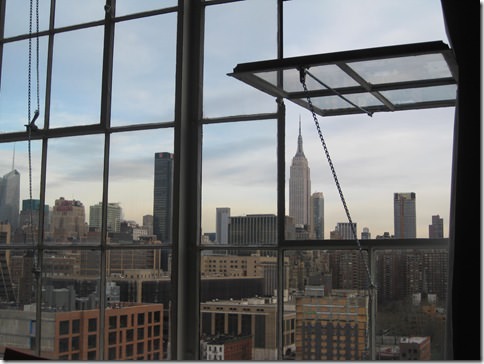 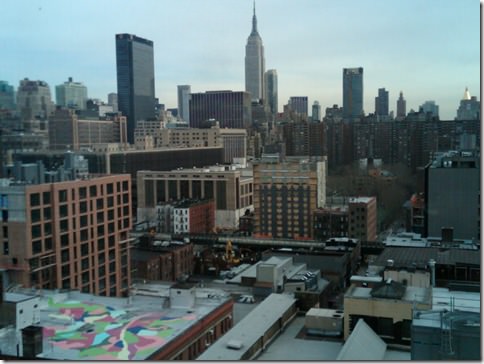 The studio was exactly what you would picture in your imagination – an enormous, all-white open space with sections for wardrobe, makeup and the actual shooting. There was music playing to get everyone in the creative mood – it was awesome! 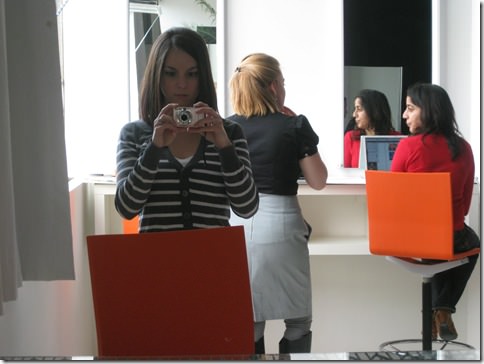 There’s a little boy who will also be shooting an ad for the company – he’s so.stinking.cute!! 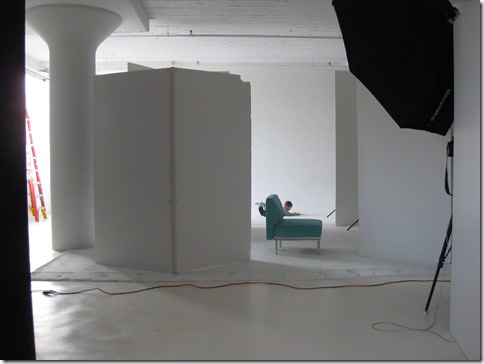 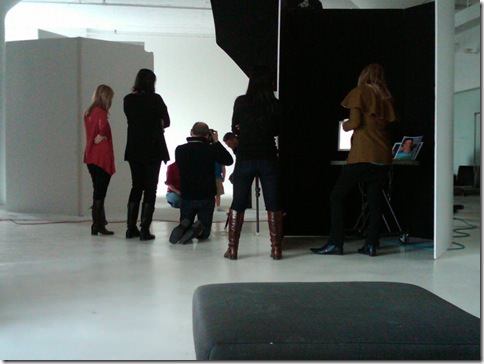 After exploring, I devoured some of the gourmet sandwiches, chips and salads that were available for lunch. Dessert was some unbelievable treats the photographer’s assistant (a fellow foodie!!) brought to share – Caramelized Brown Butter Rice Krispie Treats and Lemon Rosemary Shorbread Cookies. I’ll tell you this right now, I’ve NEVER had a rice krispie treat like this in my life!! The recipe (which he got from one of my favorite blogs!) is on my must make list, as soon as I get home. You can’t even imagine how dense, buttery, sweet and salty they were! 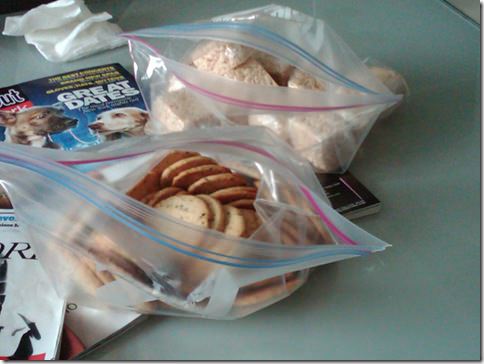 After our wardrobe was finalized, test shots were taken, and multiple brown butter rice krispie treats were had, everyone who was shooting an ad headed to get their nails done (so they’d look purrty in the shots, don’t you know ;) ) 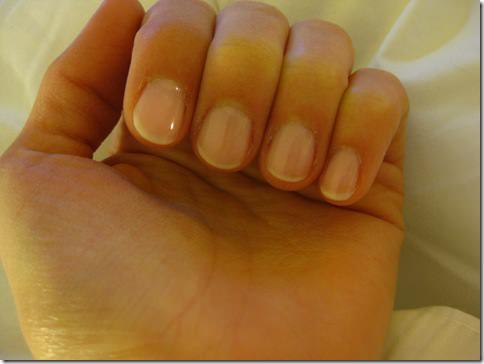 Then, ventured out into the Flat Iron District for dinner. 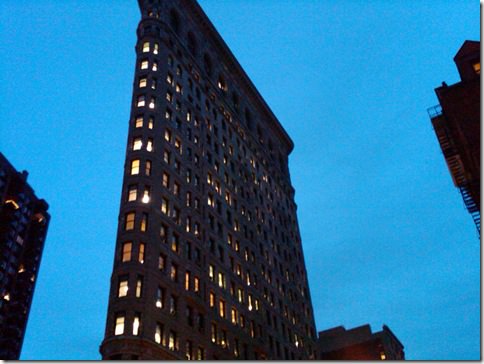 We ended up at the Metro Wine Bar & Cafe, an elegant, yet casual, wine bar in Chelsea! 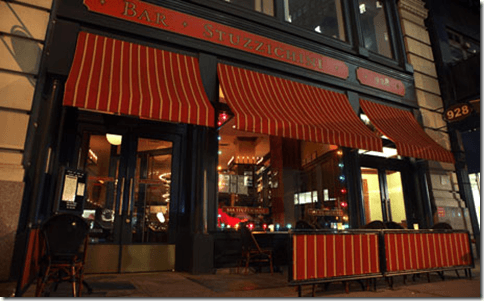 The inside was just stunning, yet super quaint. Plus, they had over a hundred wine selections “on tap”! 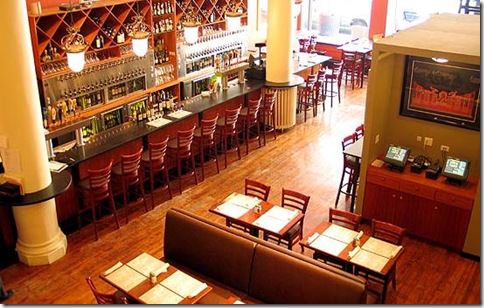 I settled for a chilled glass of Seresin Martinborough Sauvignon Blanc which paired beautifully with the Steamed Filet of Salmon in soy-ginger and scallion broth with Chinese baby greens & brown rice, and a slice of Apple-Walnut Crumble that I ordered for dinner and dessert. OMG. No words!

After dinner, we all headed back to the hotel to get our rest on. It had been a very big day, and we were tuckered out! After catching up with The Bachelor (scandalacious!!!) I too, turned in.

Today’s agenda includes a hair and makeup call in about an hour, followed by shooting the actual ad, then, as far as I know – I’m free to explore the city until a car comes to pick me back up and take me to the airport around 6!

There are two spots I definitely want to hit up, depending on how much time I have – Macy’s (better late than never!!) and the Chelsea Market. SQUEAL!!! 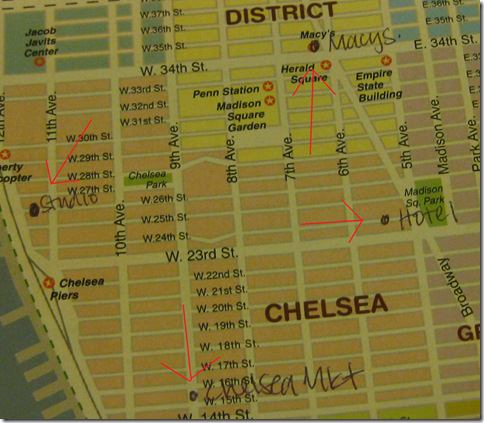 I’m off for a day I don’t often experience, and chances are won’t ever again, so I’m going to ENJOY IT!!!

Have a wonderful Tuesday everyone!

Do you like to stay in deluxe accomodations when traveling? Or will you sacrifice (within reason) for price?