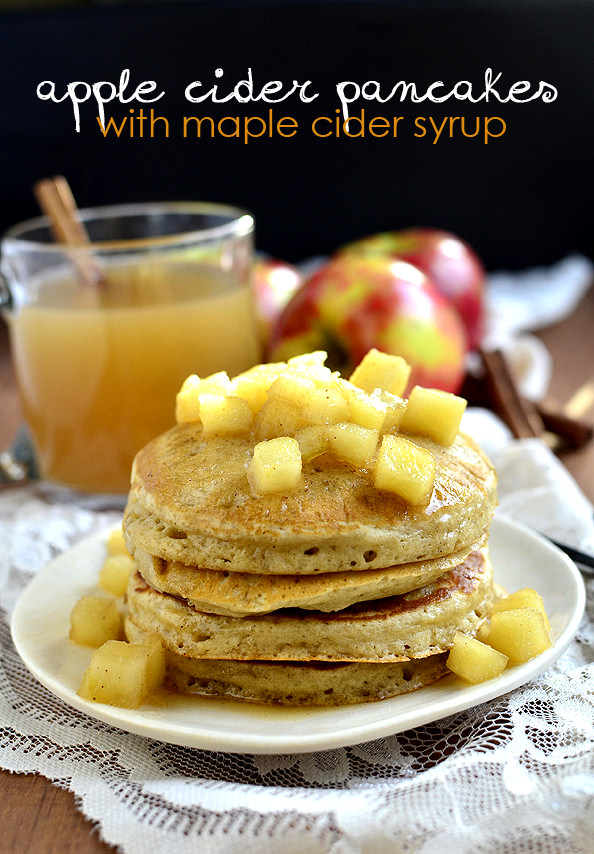 Happy Friday! Got an awesome, applicious recipe to celebrate fall’s bounty, and the weekend of course! Apple Cider Pancakes with Maple Cider Syrup. Because what fall weekend is complete without a cozy homemade pancake breakfast?

This recipe comes from my brother who, apparently, is the king of pancakes. Hey, we all have our specialties! Earlier this week Ben and I were FaceTiming with him and his wife Kerry when we all started laughing at how beat down each other looked. Newborns, toddlers, and crazy travel schedules will do that to you. 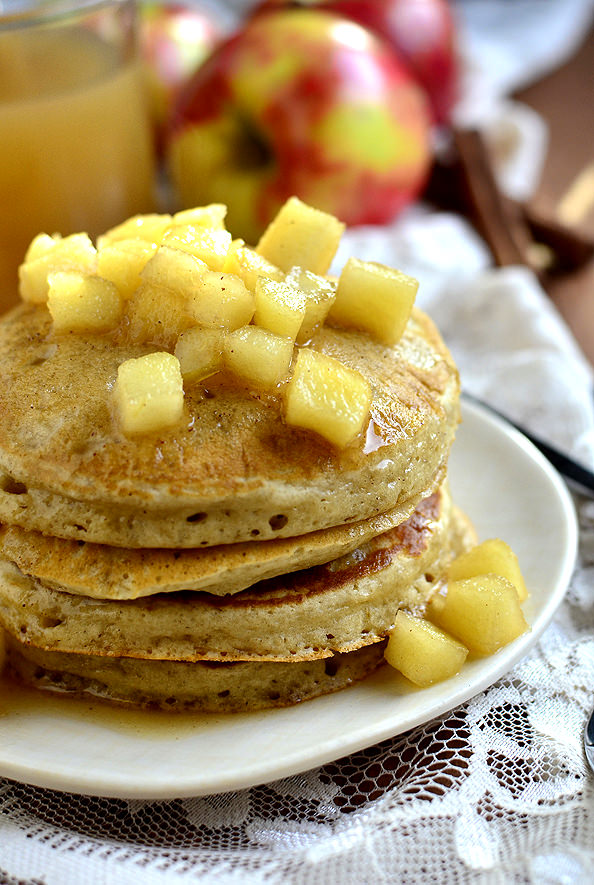 The conversation turned to how we could all use a drink, which turned to talks of whiskey and our favorite ways to enjoy it. Nobody is more surprised than me to say that sentence out loud, by the way. Ben converted me several years ago and I have never looked back. Anyway, my very favorite whiskey cocktail is a Ginger & Apple & Bourbon. Ginger beer (which I usually sub out for ginger ale), apple cider, and bourbon (which is a type of whiskey) combine to make the most delicious drink in all the land.

There. I said it!

Anyway, I was describing the drink to my brother and suggested he use some of the apple cider I had given them a couple weeks ago to make it, but he said he’d used all of it to make Apple Cider Pancakes with Maple-Cider Syrup. Um, YUM! Recipe please?! 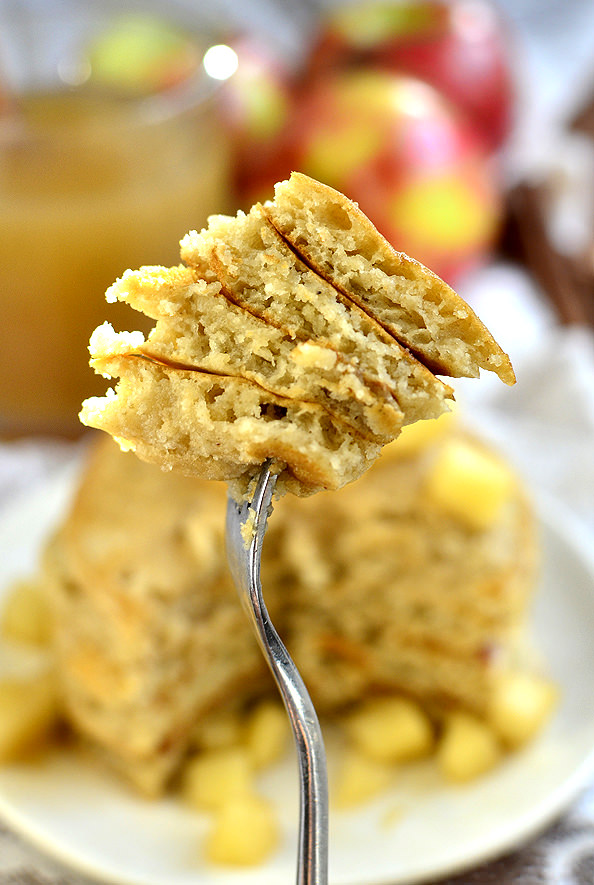 He sent it to me the following day then I made the pancakes and homemade syrup uh, three times over the next two days. Twice to tailor the recipe to my tastes (lowered the sugar,) and another for good measure. They are so good! Light and fluffy, yet luscious and chewy, with a punch of spiced-apple flavor. Very cake-like, too, which makes ’em that much more decadent-tasting. They will make any weekend morning that much sweeter, I promise you that.

Start by whisking together the apple-y pancake batter which combines the usual suspects – flour, baking soda, baking powder, salt, and sugar, with an egg, milk, apple butter and apple cider. The apple butter and cider are what really set these pancakes apart!

Whisk the batter until there are no lumps, then heat a griddle to 375 degrees, or a skillet over medium-high heat. 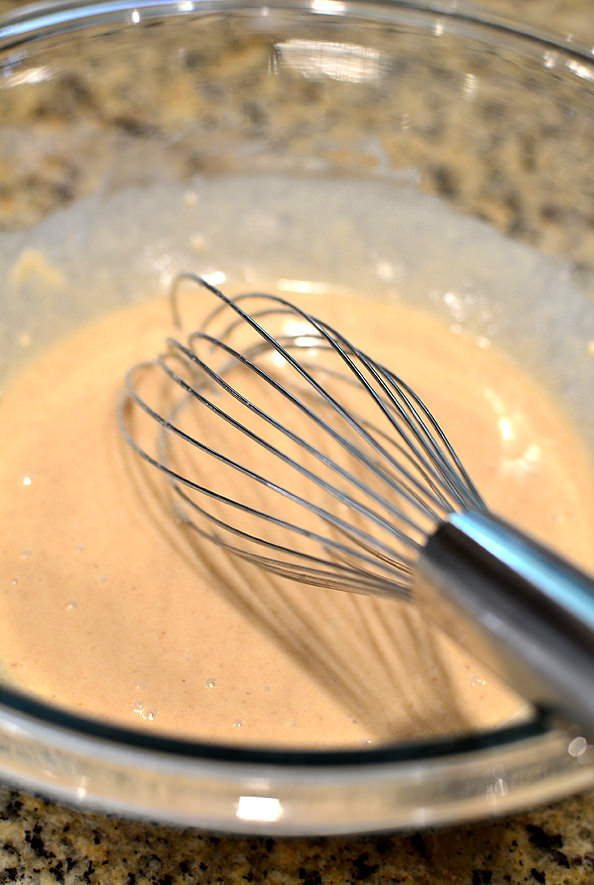 Scoop the pancake batter onto the hot griddle then cook until you begin to see bubbles forming on top, then flip and cook until the other side is golden brown. 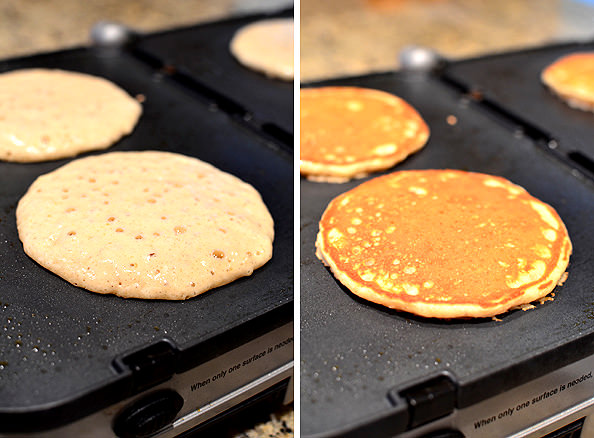 Tip: Use a 1/4 cup measuring cup to ensure all the pancakes come out the exact same size! 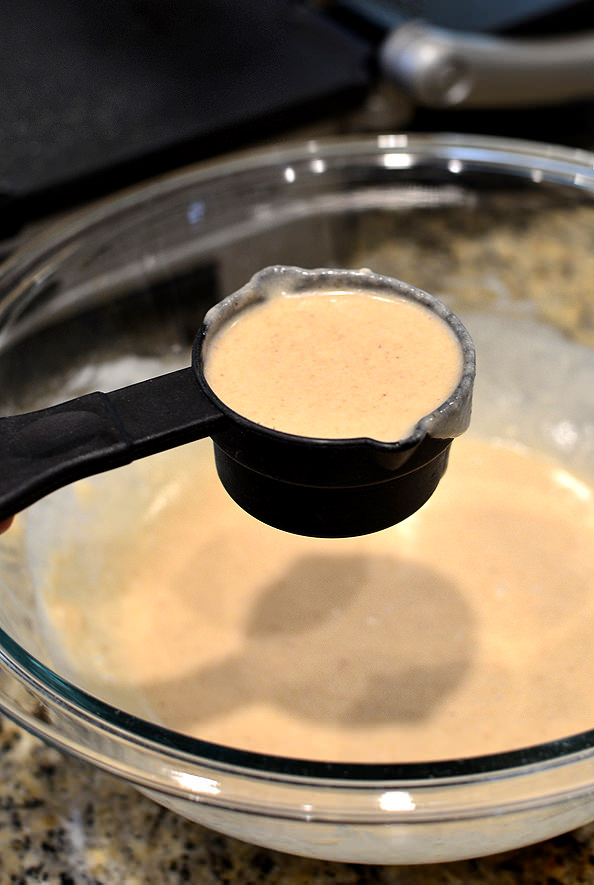 While the pancakes are cooking, get the Maple Cider Syrup ready, which might be my favorite part of the entire recipe. Start by sauteing 1 chopped apple in 1 Tablespoon butter with a dash of cinnamon and salt until tender, about 5 minutes. Next add 1/4 cup each apple cider and real maple syrup, then let the mixture reduce for another 5 minutes.

Let the syrup cool slightly. Your kitchen, by the way, will be smelling insane right about now! 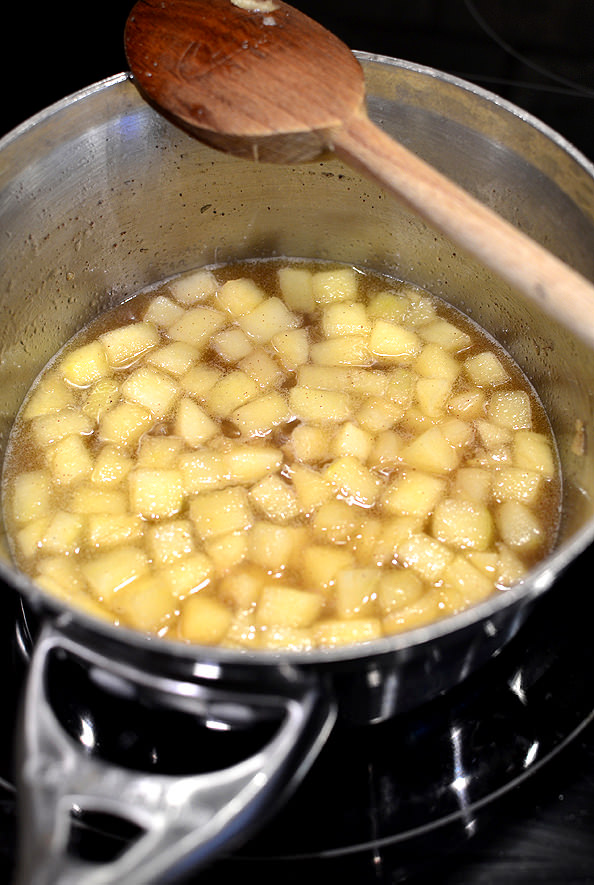 Stack the pancakes high then drizzle ’em with the slightly cooled Maple Cider Syrup and dive in. Fall on a fork, I tell ya’! 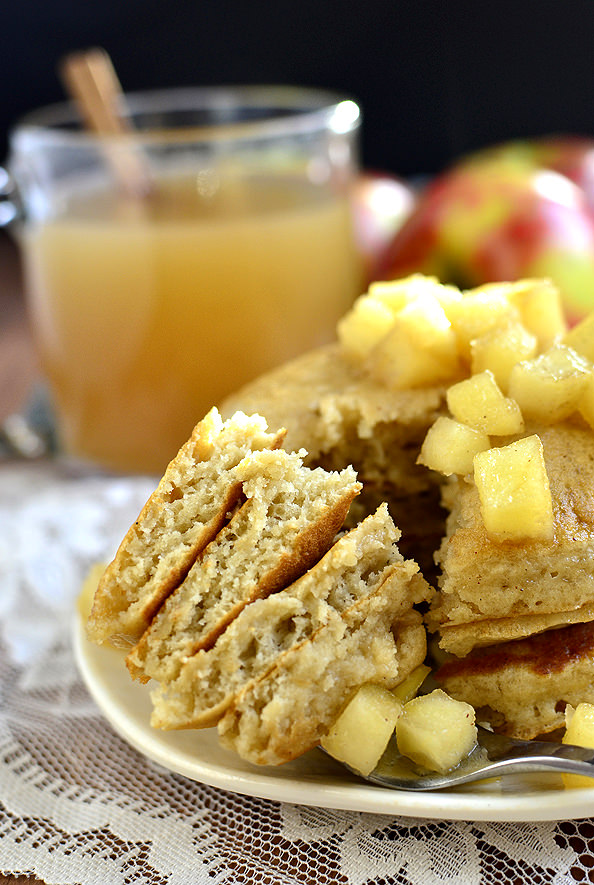 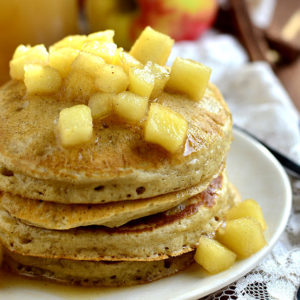 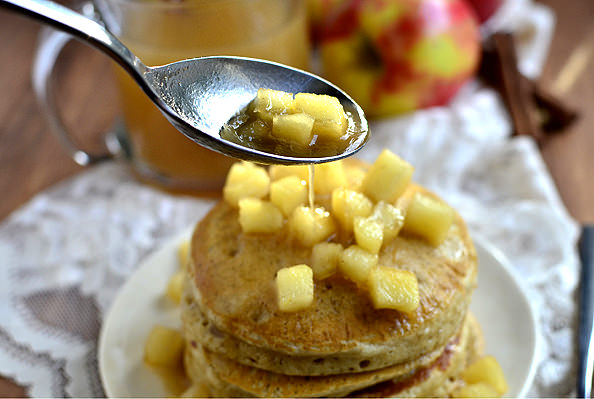 I freely admit to dunking entire forkfuls of pancakes into the extra syrup. It is mind melting! Hope you enjoy! 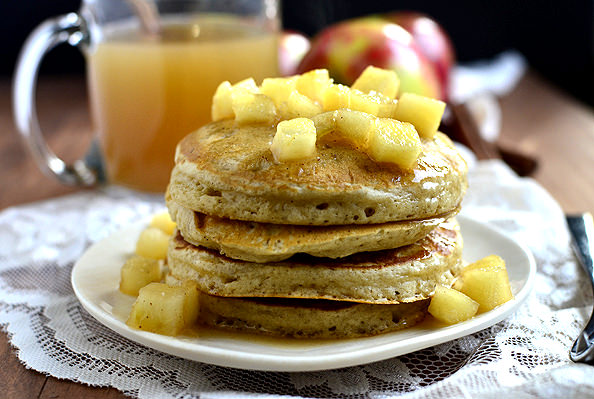