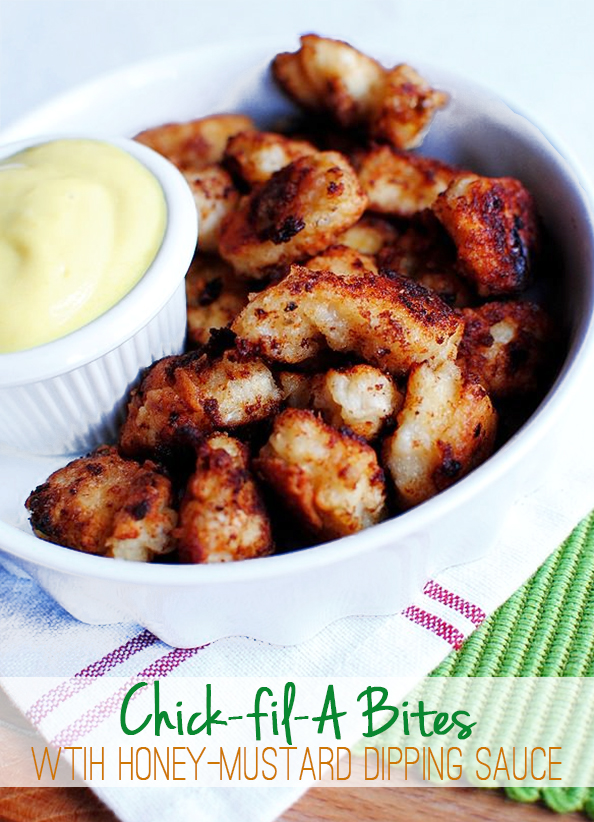 Let me start out by saying that I don’t eat fast food like, ever. Ok, there was that one incident involving McDonalds and a particularly happy happy hour a few weeks ago, but as a general rule of thumb no, never.

Greasy burgers and deep fat fried onion rings and fries are totally unhealthy, and I end up feeling like crap for about 2 days afterward indulging. It’s just not even close to worth it.

There are exceptions, naturally! Three of them, in fact – In-N-Out Burger, Five Guys, and Chick-fil-A. Each are so delicious that it’s worth a little regret and a grumbly stomach for a few satisfying bites.

Among the three, Chick-fil-A stands out for specializing in succulent, crispy breaded chicken that is always tender, all-white meat, and so dang juicy – plus the seasonings they use are just right. Imagine how tickled I was after coming across a copycat recipe I could make at home and customize to use a fraction of the oil the real restaurant uses, but still have it taste exactly like the real thing? 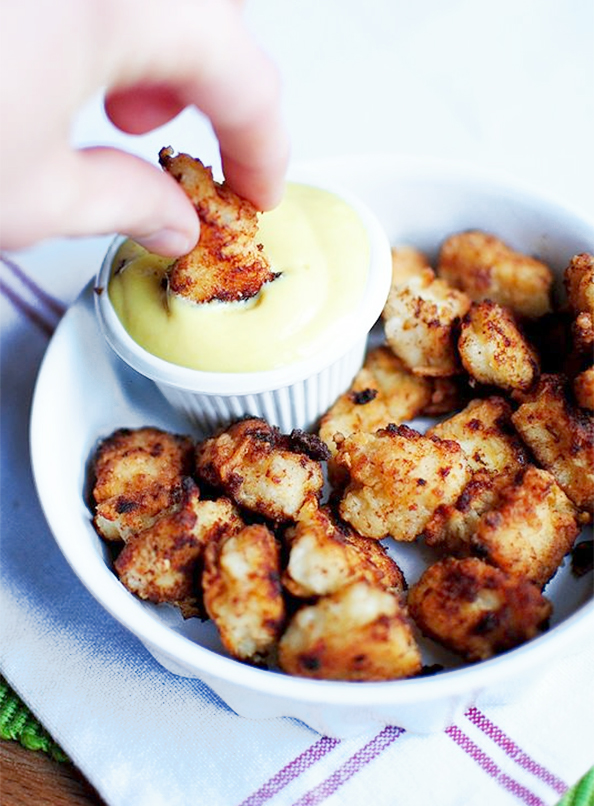 Start the Chick-fil-A Bites by cutting a couple large chicken breasts into bite sized pieces, seasoning the pieces with salt & pepper, and placing them in a marinade of milk, 1 egg, and pickle juice. 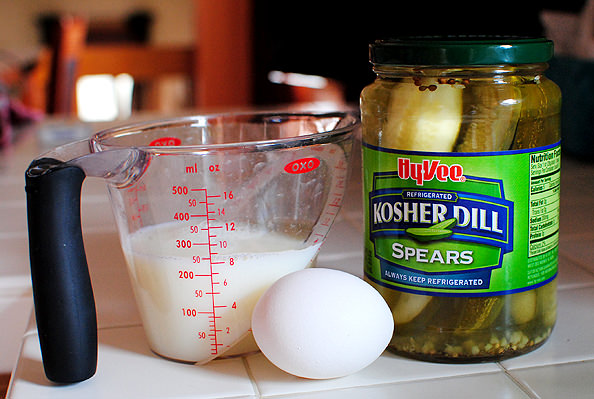 Yes, pickle juice! I don’t know if it’s true or not, but I once heard that the key to Chick-fil-A’s signature flavor that it’s injected with pickle juice. Ok?! 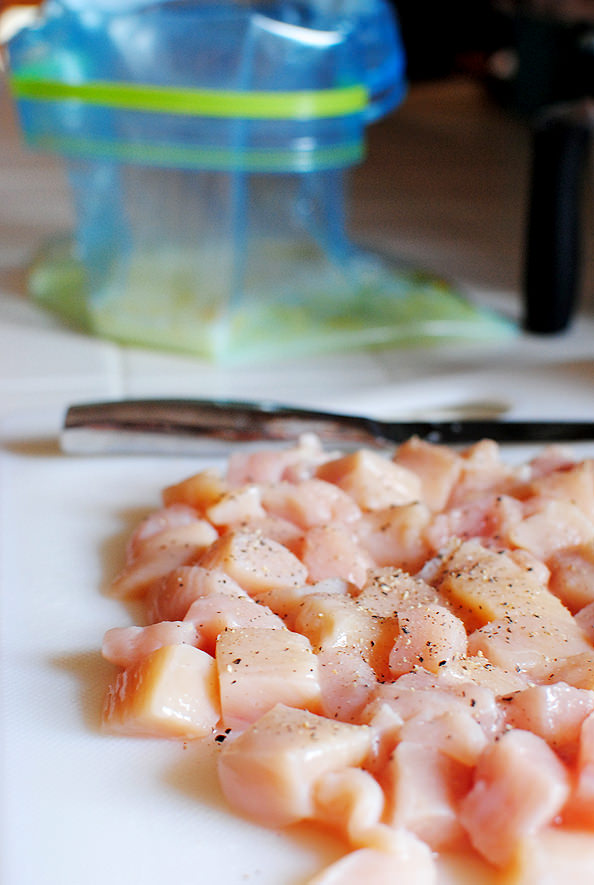 Let the chicken hang out and marinate in the mixture for 2-4 hours in the fridge. 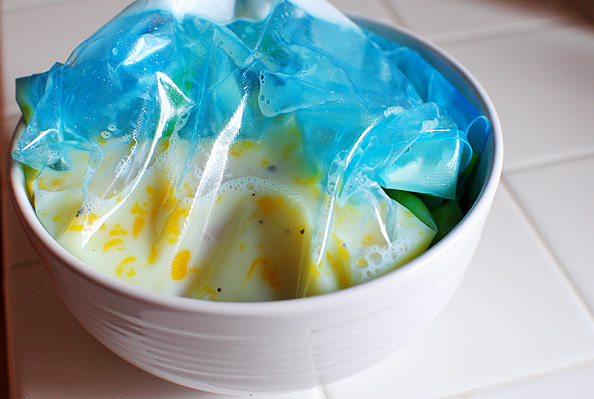 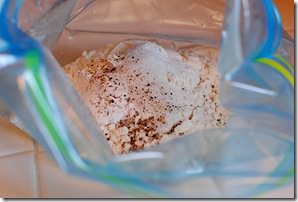 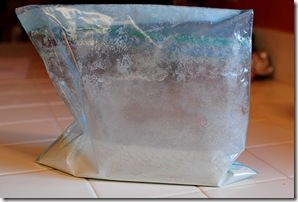 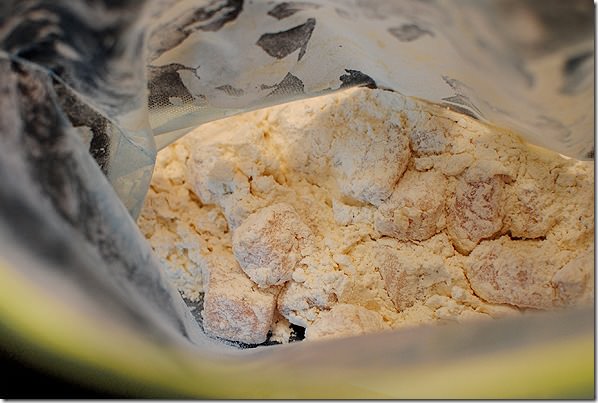 Next, heat 1/4 cup peanut oil over medium-high heat in a Dutch oven or large skillet. If you don’t have peanut oil, vegetable or canola oil will totally do. 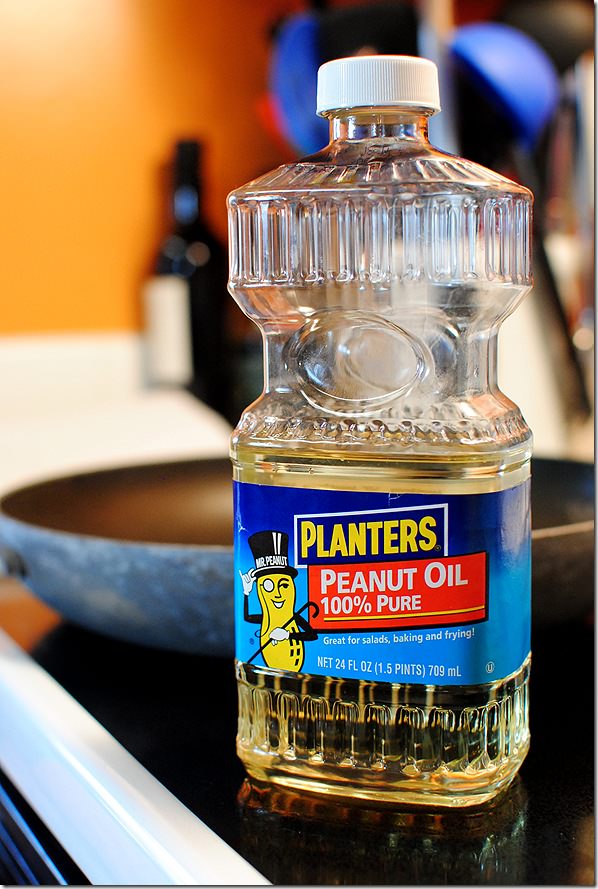 Test the oil to see if it’s hot enough by dropping a bit of the flour mixture into the pot. If it sizzles, the oil is ready. It it pops and spatters, the oil is too hot. If it does nothing at all, it’s too cold. 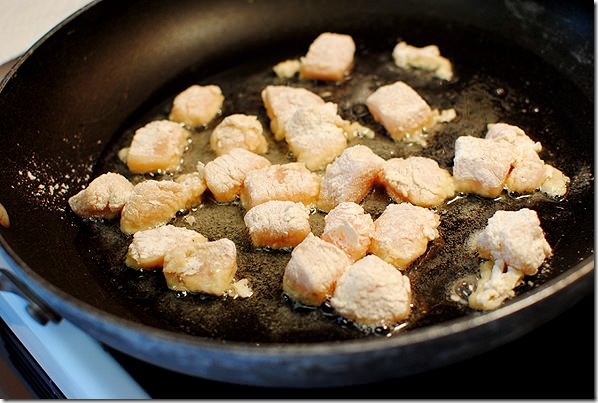 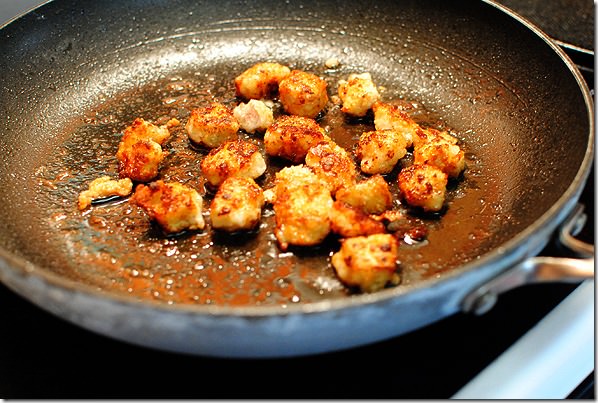 Remove the chicken to a paper-towel lined plate, and continue with the other half. 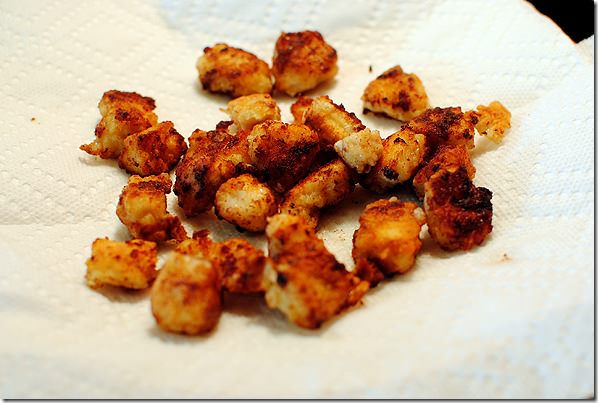 Serve ’em hot and fresh with a simple homemade honey mustard sauce that I kind of wanted to spoon drink – it was da bomb! 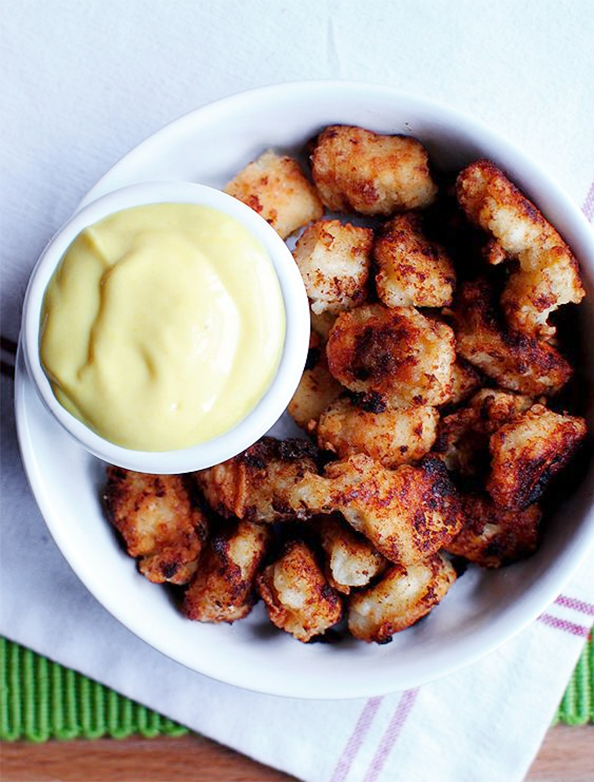 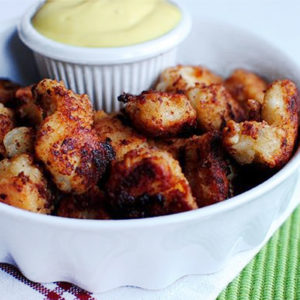 Chick-fil-A Bites with Honey Mustard Dipping Sauce taste even better than the real thing, and are much healthier!

Adapted from My Name is Snickerdoodle 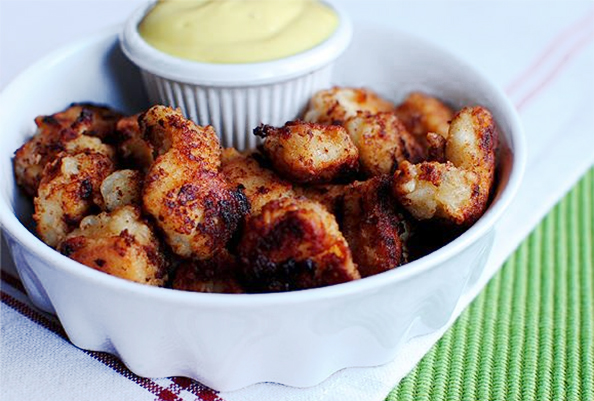 I want to make Chick-fil-A Bites for dinner everysinglenight – they were such a hit! The honey mustard dipping sauce gave the bites a pretty good run for their money though. Sweet, just slightly tangy, and so creamy.