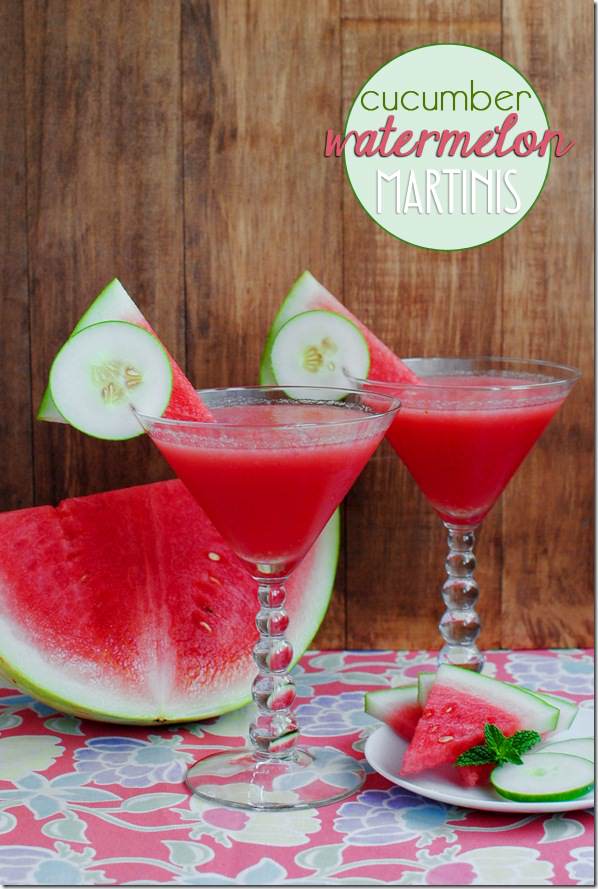 There’s something about watching the Olympics every night that putting me into a boozy kind of mood.

I don’t know what it is! I feel like I should be all, let’s drink protein shakes and lift! while watching the super athletes swim, dive, and handspring their way into athletic immortality, but in reality I’m all, pass me a Corona…and make sure there’s two limes in it this time. 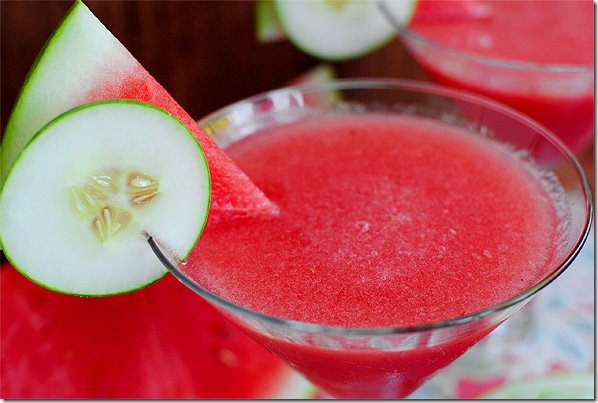 The fact that the heaviest watermelon Ben and I could find after rifling through the watermelon bin at Costco last weekend (that’s right) has been sitting on my counter top next to a rapidly growing pile of cucumbers from my garden all week, made my decision to make a batch of ultra-girly Cucumber Watermelon Martinis to sip on while watching tonight’s gymnastics all-around competition a no-brainer. (Go Gabby!) 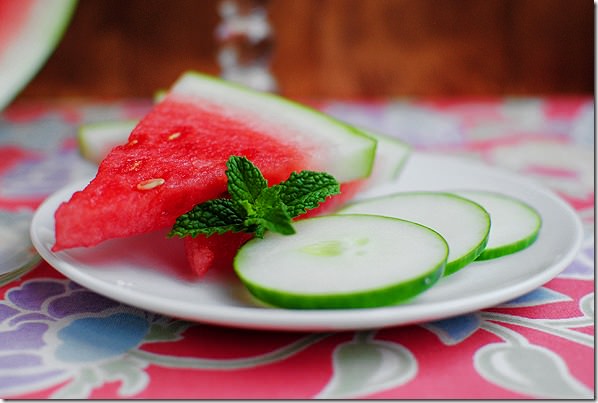 Cucumber Watermelon Martinis are sweet, cold, frothy and refreshing, and, better yet, perfectly match the London Olympics gymnastic stadium’s floor, which is oddly, yet pleasantly, PINK this year. :) 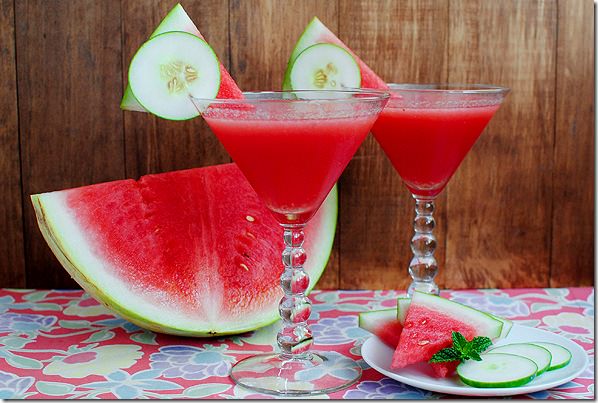 Start the Cucumber Watermelon Martini by making the cucumber simple syrup that will flavor the watermelon juice-based martini. This stuff is so simple (HA!) to make. Just peel then slice a large cucumber (reserving a few slices before peeling for garnish if you want to get all fan-cay with it.) 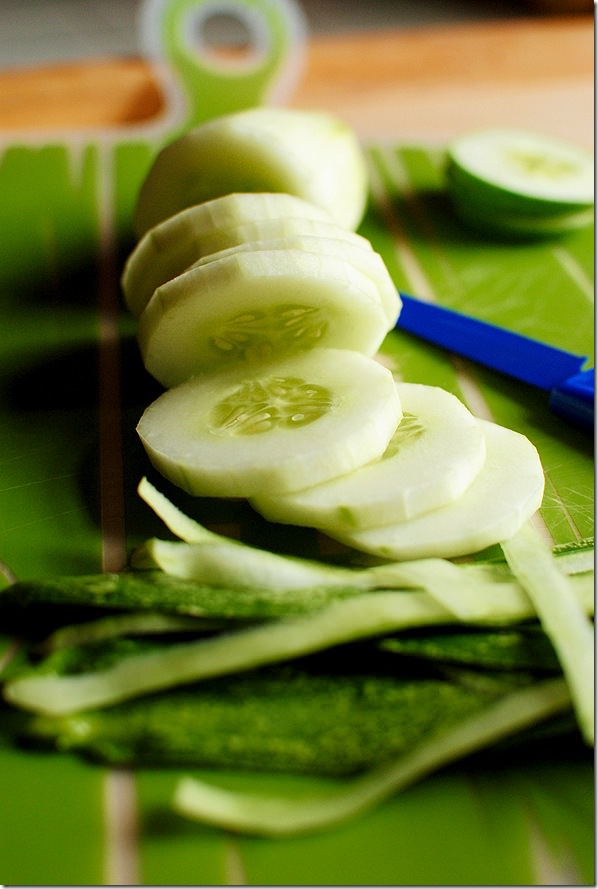 Next combine 1 cup each sugar and water in a small saucepan. 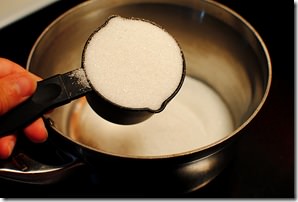 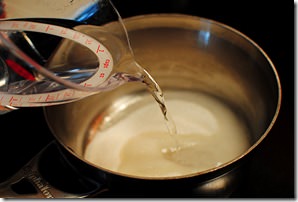 Bring the mixture to a boil for 10 seconds, then remove it from the heat. Seriously, that’s it. 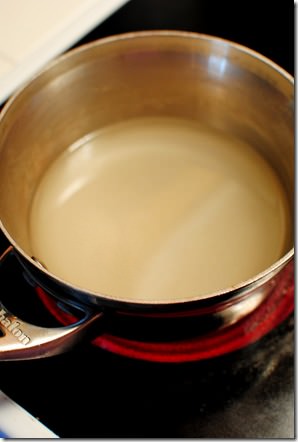 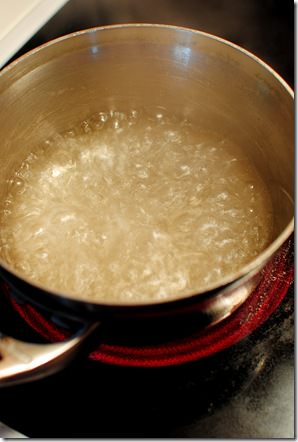 Add the cucumber slices then allow them to steep and flavor the simple syrup until it comes to room temperature. 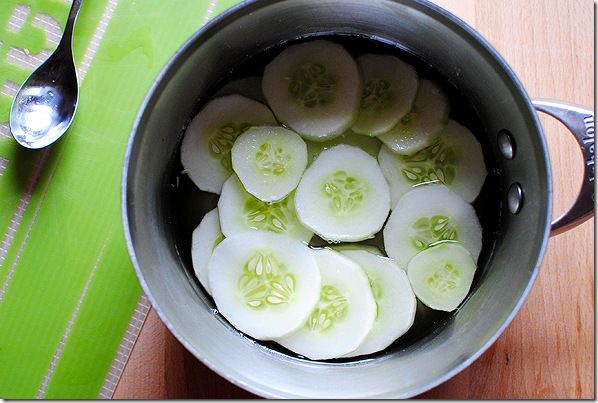 Strain the cucumber simple syrup into a jar with a tight fitting lid, then stash it in the fridge. It’ll stay good in there for up to a month! 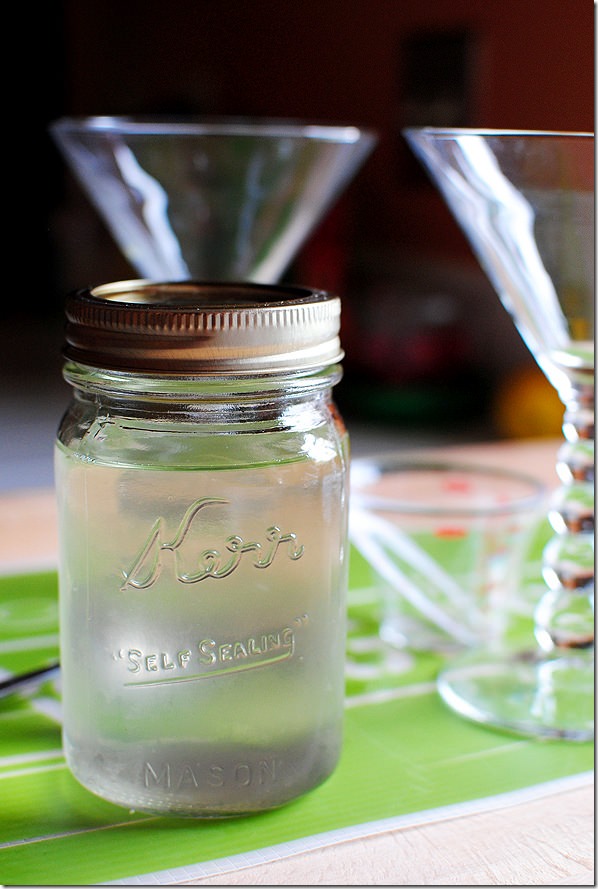 Next consult your watermelon. That’d be this guy. I chopped ’em up at 6:30 this morning so a single iPhone photo was all I could manage in between gulps of coffee. BTW – here is how I choose then cut a watermelon. This 15+ pounder yielded 24 CUPS of melon! 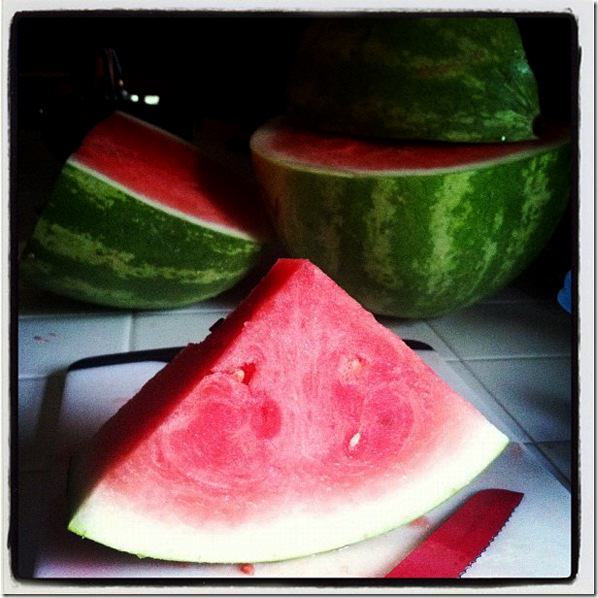 When you’re reading to make your ‘tinis add 2 cups watermelon cubes to a blender then let ‘er rip. We’re looking for watermelon juice here, which won’t take long to make! 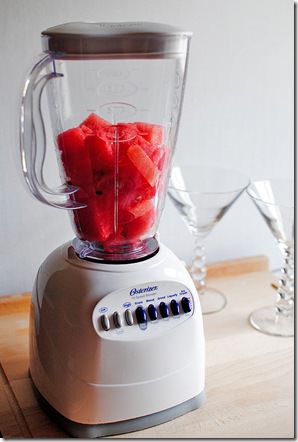 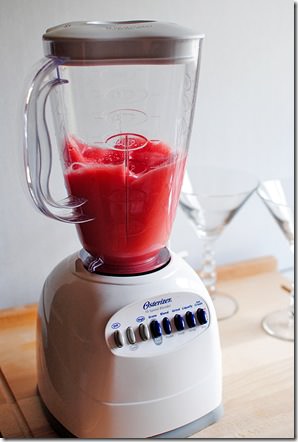 Pour 1 cup of the watermelon juice into a martini shaker, along with 1 1/2-2oz cucumber simple syrup (depending on how sweet ya’ like it) 3oz vodka and the juice of 1/2 lime. 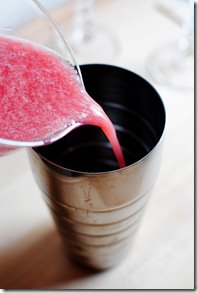 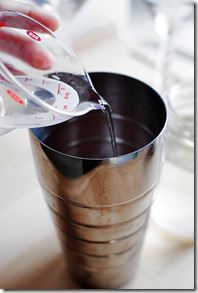 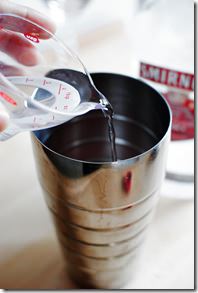 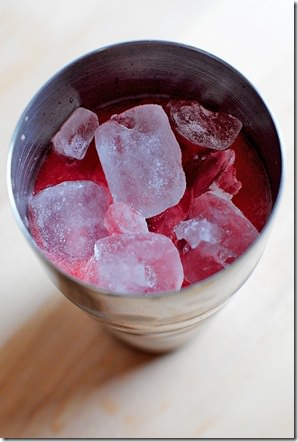 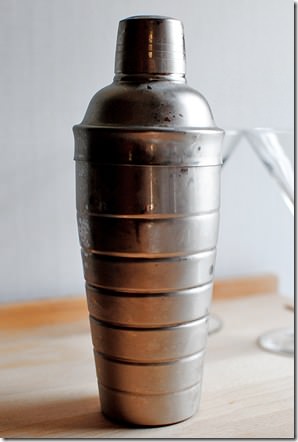 Enjoy this summery cocktail out by the pool, with your girlfriends, on the porch at sunset, or while watching Michael Phelps beat the snot out of Ryan Lochte in the 200 meter individual relay, which is also airing tonight. I’M JUST SAYING! ;) 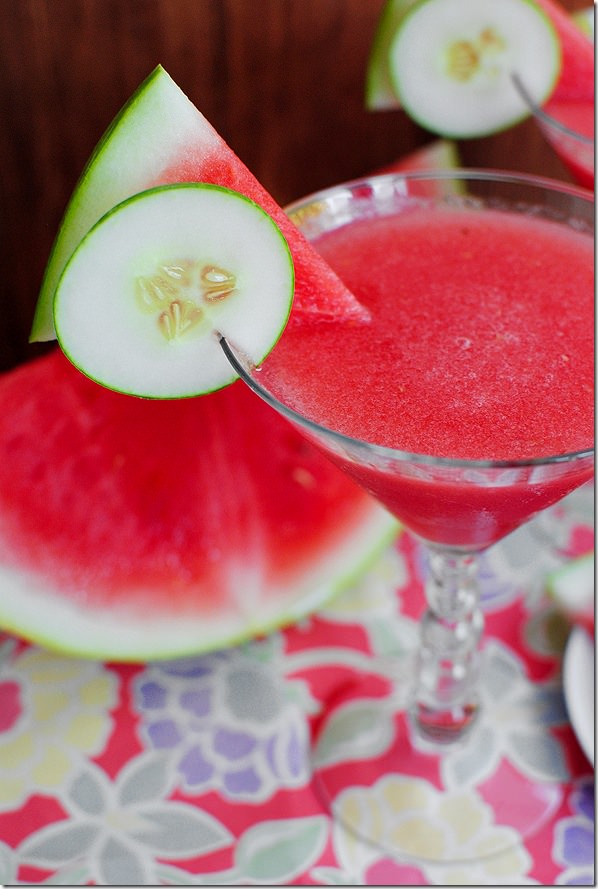 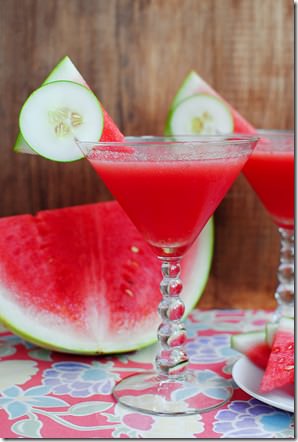 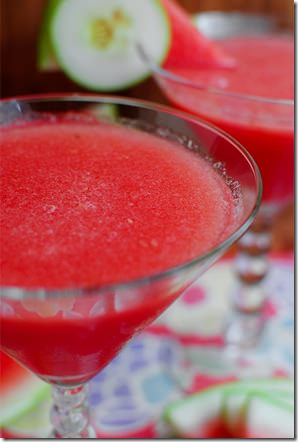