Hello from the 59th day of January! ? Kidding obviously, but is this month crawling by at a snail’s pace for anyone else?

After being hit with a few snow storms over the past couple of weeks, it finally feels like the season that shall not be named has officially arrived. That said, even though there’s a 4′ high mountain of shoveled snow at the end of our driveway and we’re 128 days into January, I can’t help but feel like spring is maybe, sort of, hopefully, kiiind of in sight?!

I’ll wait for you to stop laughing.

Hear me out. For one, I think the sun is definitely staying out a littler bit later each night, and for another, Ben and I are planning a spring break trip. Could not be more excited! We were going to try the Outer Banks but just learned that March is not a great time to visit, so I’m thinking Florida (Destin is looking delicious,) or Sedona, AZ, possibly. Decisions, decisions! Have you gone on any family friendly vacations somewhere WARM recently ? I’d love to hear about them. :)

In the meantime, here’s what else is going on in the latest edition of Currently! 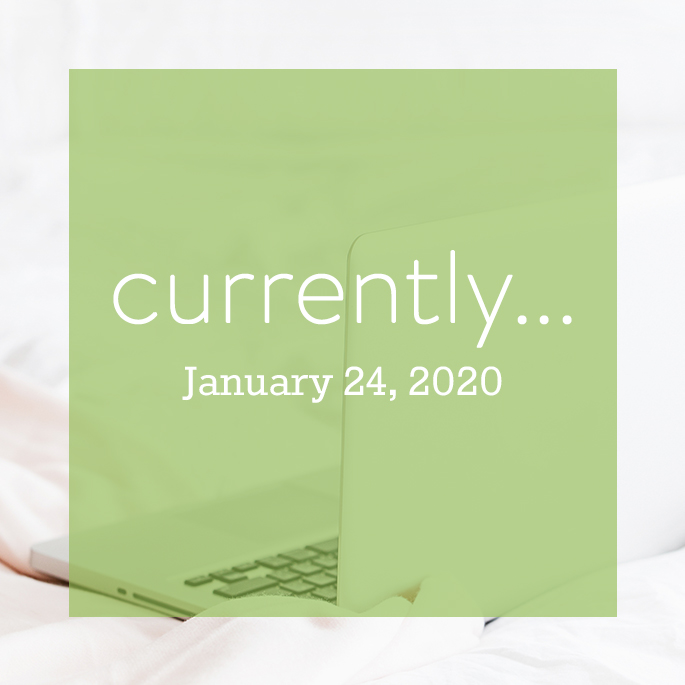 Time and place: 7:37pm on the couch in front of the fire. It’s cold and I’m cozy. Even better, Ben is picking up sushi for our dinner before we settle in to put a dent in our DVR.

Watching: We’ve watched a couple hilarious comedy specials on Netflix recently. First up is Ellen Degeneres Relatable. Truly the woman could sit in a room breathing and I’d probably laugh, so needless to say we were both cackling the entire show. SO funny. Seth Meyers Lobby Baby is also hysterical and I’ve shared it with every mother I know. If you have kids (and Netflix, I suppose!) you have GOT to see it. We also watched Adam Sandler’s 100% Fresh which was essentially about absolutely nothing, but funny nonetheless simply because it’s Adam Sandler. No one else could have pulled that special off! 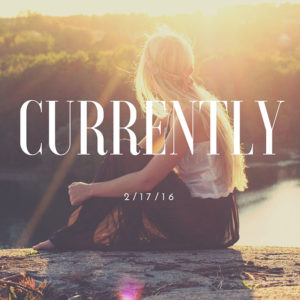 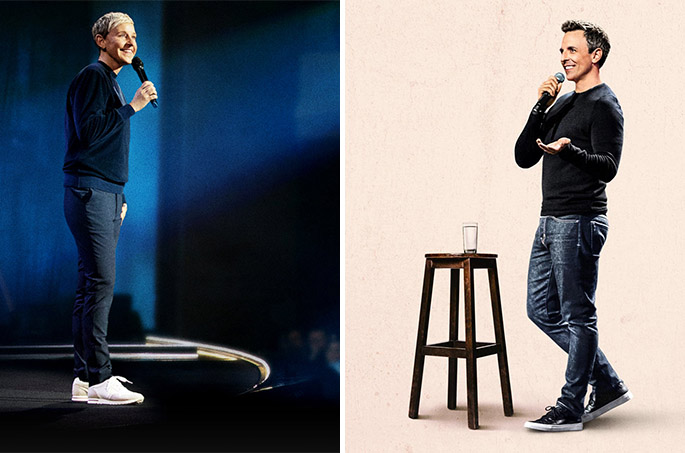 Loving: Art for Kids Hub. Lincoln is really into drawing right now – I’ll have to show you his self portrait sometime, it’s incredible! – and as such we are really into the Art for Kids Hub website/YouTube channel. It’s run by a super charismatic guy, Rob, who draws everything under the sun with his four kids in a fun and easy to follow format. Highly recommend for your babes who love to draw, and/or YOU if you’re looking for a five minute escape. I’d forgotten how fun and relaxing drawing can be.

Cleaning: Old blog posts. The time has come! I’ve been writing Iowa Girl Eats for nearly 11 years now (WHO WHAT HOW WHY?!) and an archive overhaul is long overdue. Over the past month I’ve been going through each and every single post on IGE, starting from the very beginning, and either deleting ones containing photos like the one below (an ACTUAL picture I INTENTIONALLY included in a post in 2010. I think it’s scallops? Maybe?) or re-directing old recipes to newer, updated ones. It has been very bittersweet re-reading all those posts – my 20s were pretty simple! ;) I’m up to 2012 and thought I’d recap 2009-2011 for you:

All that said, if you have an old recipe or something from the archives that you still use, let me know and I’ll make sure it makes the cut. This one did not. ;) 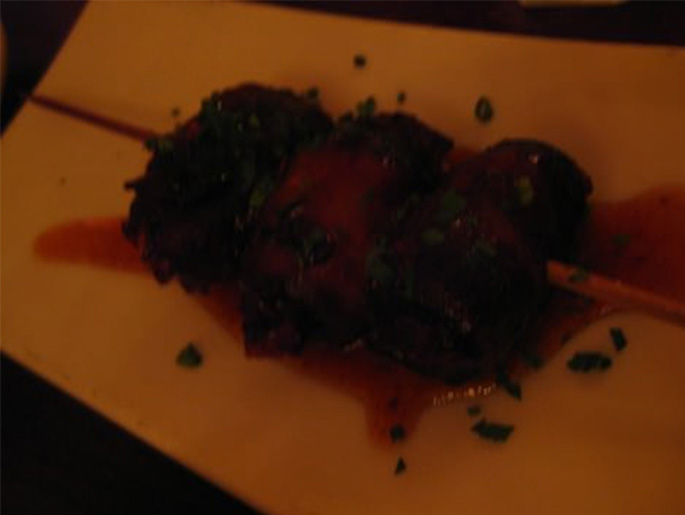 Sipping: Stag’s Leap 2016 Sauvignon Blanc. Dry January is…moist? Not bone dry but not soaking wet. Ie, I’ve made a few exceptions for my very favorite wine on the planet right now – Stag’s Leap 2016 Sauvignon Blanc. Ben brought a bottle of this home late last year, poured me a glass, and I seriously sat straight up. It is SO smooth and just YUMMY. I adore it! Stag’s Leap is one of the wineries I visited back in 2012 with my girlfriends. Take me back… 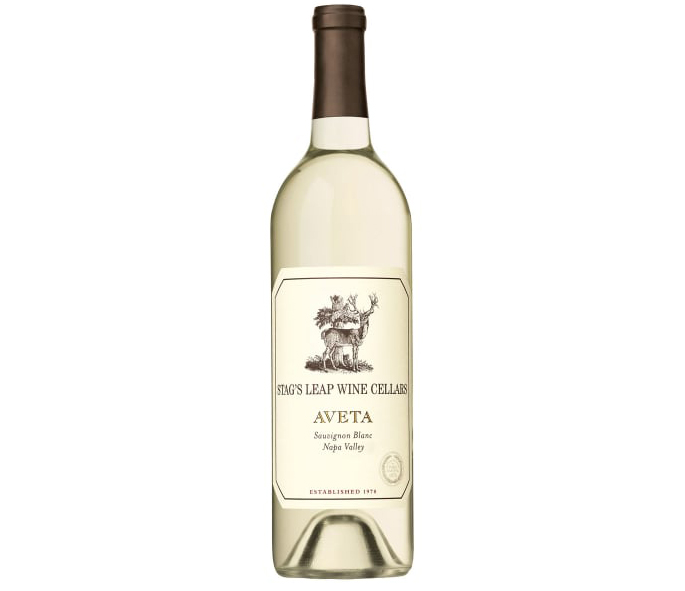 Eating: Homemade Pad Thai. A restaurant-quality, tamarind-free, homemade Pad Thai recipe is something Ben and I have been on the hunt for for many years – especially after having to go gluten free. Our favorite Thai spot offers “gluten free” Pad Thai but all it is is everything normally included in their Pad Thai minus the sauce. As in, bone dry rice noodles with vegetables. Just…confusing. Anyway, we finally found a winner! Homemade Pad Thai from Tastes Better From Scratch is fabulous! I used a touch less fish sauce than called for, no hot sauce, and no peanut butter. YUM. 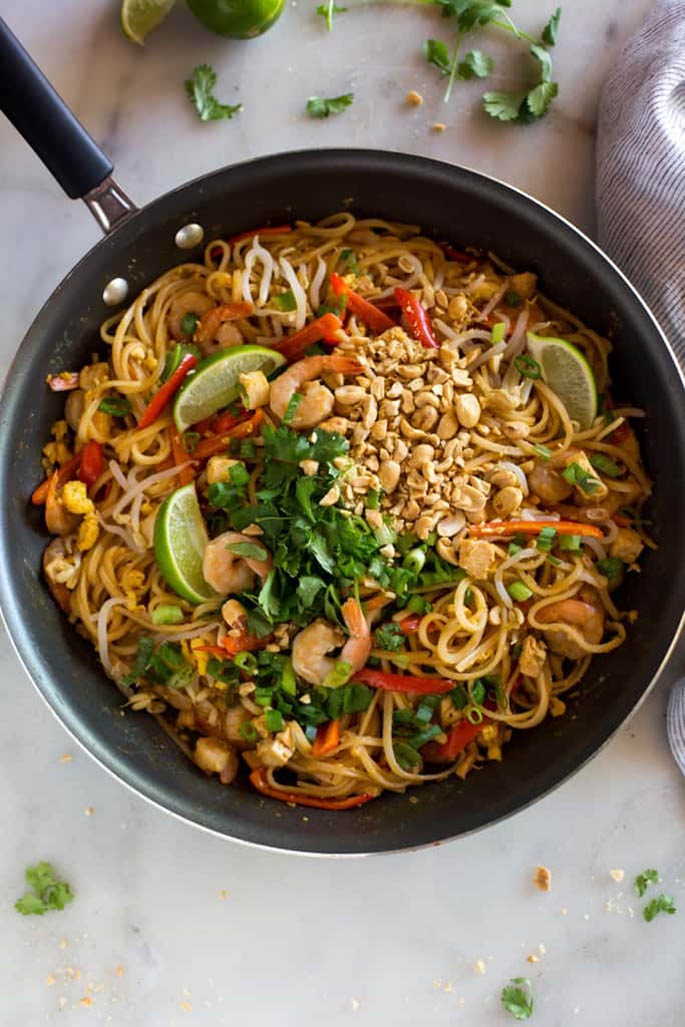 Popping: Doterra Peppermint Beadlets. I tried one of these little beadlets from a friend recently and my jaw dropped – so convenient! They’re one drop worth of a peppermint essential oil blend encapsulated in a soft, vegetarian beadlet. Very refreshing and one drop is all you need. You can let them dissolve in your mouth or just snap one between your teeth. Boom, instant fresh breath. These are a great alternative to carrying around mints or gum in your purse. 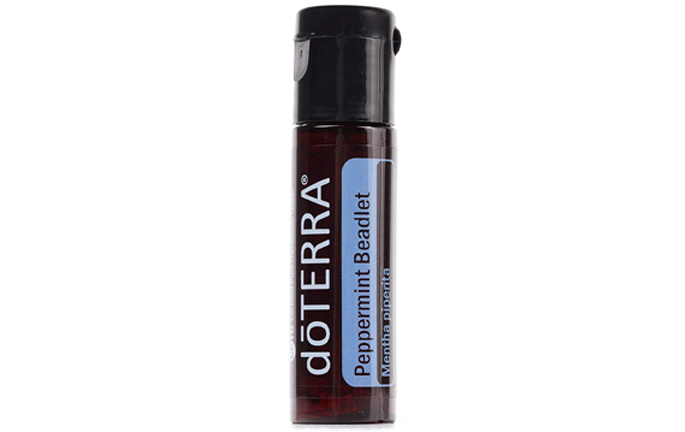 Bundling: Primary Coats. With spring (kind of!) on the way, I thought I’d re-share the coats from Primary.com that I bought Gwen last fall, since I also later bought one for Cam. We have put them through the ringer both in terms of use and washing – you can run them through a standard wash/dry process – and I’m still so impressed! The puffer coats are lightweight and slim fitting, yet very warm. Cam has worn his in the snow several times now without incident. You cannot beat the price and truly they’re just so fun, bright, and CUTE! 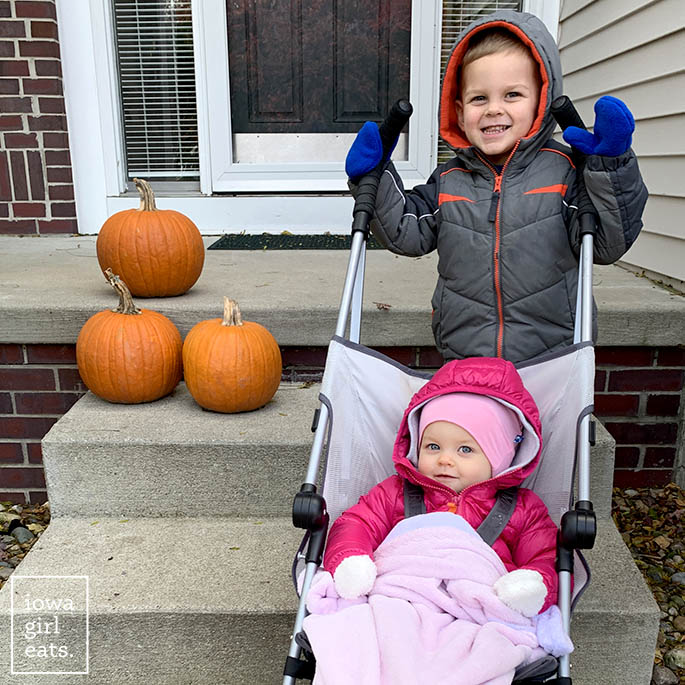 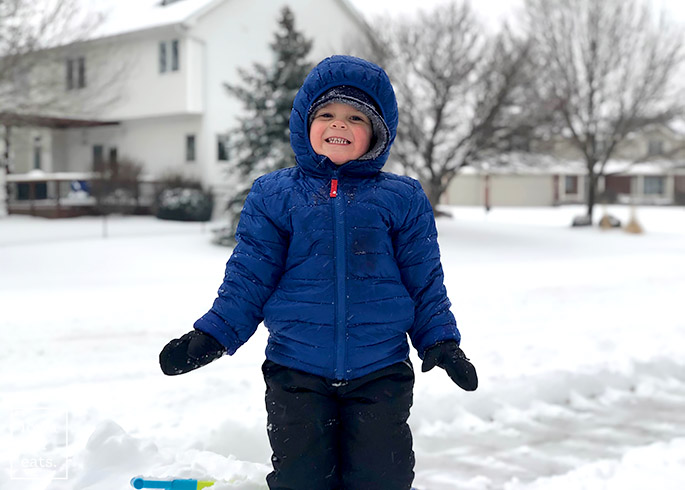 Using: Gotham Pro Steel Skillets. I’d been in need of new skillets for awhile when I bit the bullet and picked up this Gotham Pro steel skillet set I’d seen probably 100 times at Costco. NOTHING sticks to them – not even eggs without cooking spray – they’re dishwasher safe, and apparently can’t be scratched. I’ve been using them for a couple months now and have zero complaints. Can’t beat the price either. 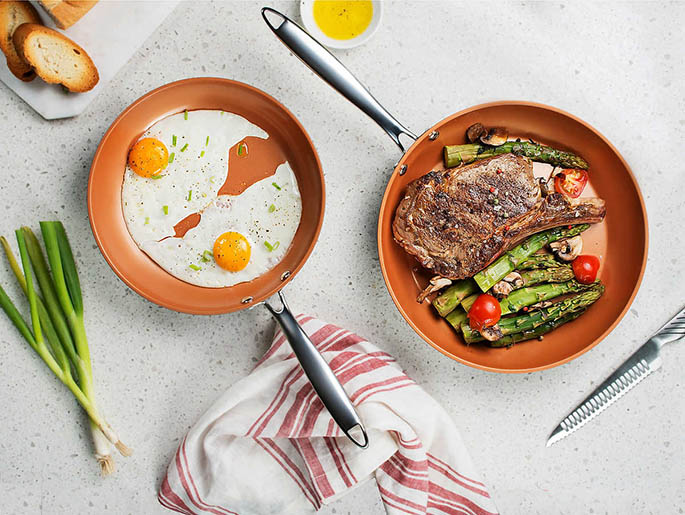 DEVOURING: La Terra Fina Spinach, Artichoke and Parmesan. Speaking of Costco, I randomly bought this dip there a couple weeks ago and it is honest to goodness Top 5 most delicious things I’ve ever eaten. I know that sounds insane, but apparently I’m not alone. I shared the dip on Instagram stories and received countless messages from people who can’t buy it anymore because they have no self control around an open tub. Umm, hi, yes, relatable. It is so delicious that it’s the first and last tub I’ll ever buy. TOO GOOD!!! 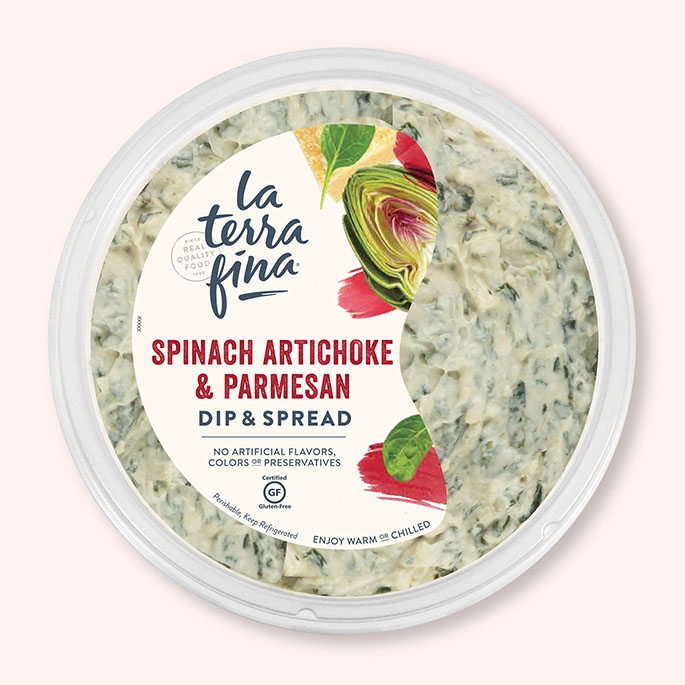 Treating: NadaMoo. Have you heard of NadaMoo? It’s a coconut milk-based ice cream product that tastes exactly like regular ice cream. That is so hard to do with coconut milk! My sister in law raved about their Peppermint Bark flavor earlier this winter, a friend brought over the Banana Caramel Crunch and Peach Cobbler flavors when Lincoln had his tonsils out in December, then I pulled the trigger on their Marshmallow Stardust recently. They’re all better than the next! I don’t even really like ice cream that much, and don’t eat a ton of sweets to begin with, but I am in love with this stuff. The only flavor I haven’t been thrilled with is the Cookie Dough Fudge, unfortunately. I was so excited to find a gluten free cookie dough ice cream but it has a strong coconut flavor. FYI, most but not all of their flavors are certified gluten free. 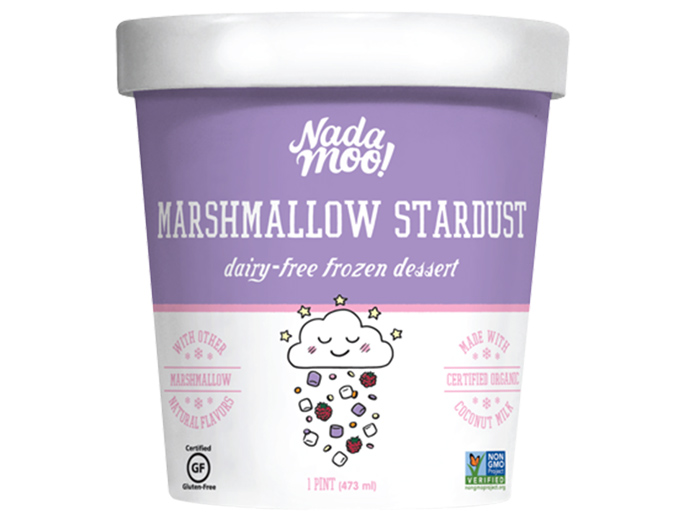 Blinking: Gwen is 1-1/2! Gwen turned 18 months this week and I am in shock! These have been the fastest 18 months of my life. It’s so cliche to say, but I feel like it was just last month that she was sleeping right next to me, and now she’s housing tuna salad, adorning herself in as many necklaces and bracelets as she can find, and doing her gosh darn very best to keep up with her brothers. She does a pretty good job! Our Gwen, Sis, Miss Sis, Sis Sis, Sister Sue, Baby Girl, Peanut is absolute perfection and we are all deeply obsessed. Love this perfect little thing! 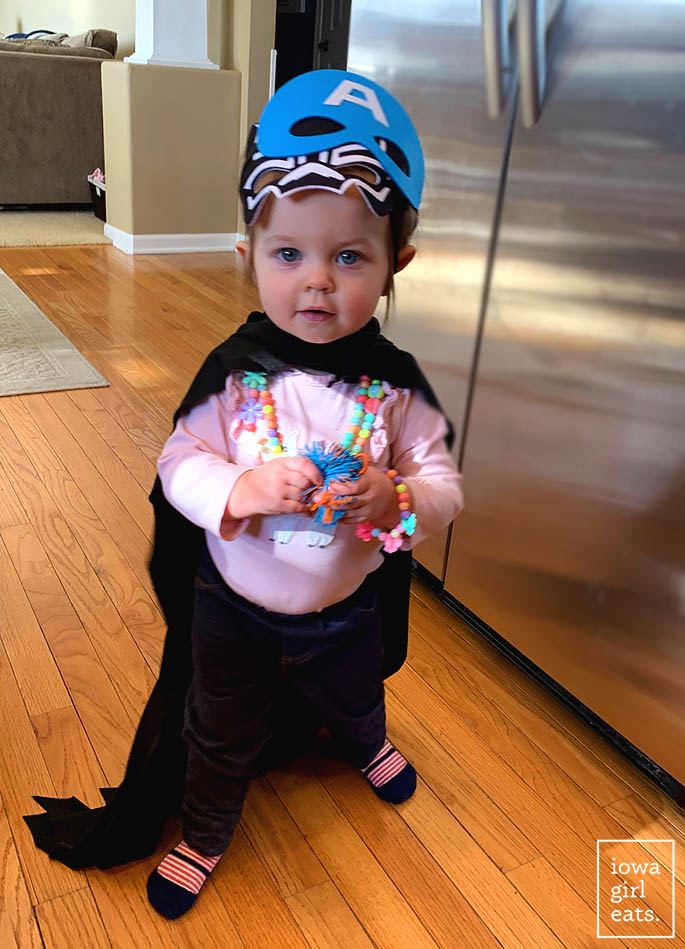 Pick a Currently category and fill me in!