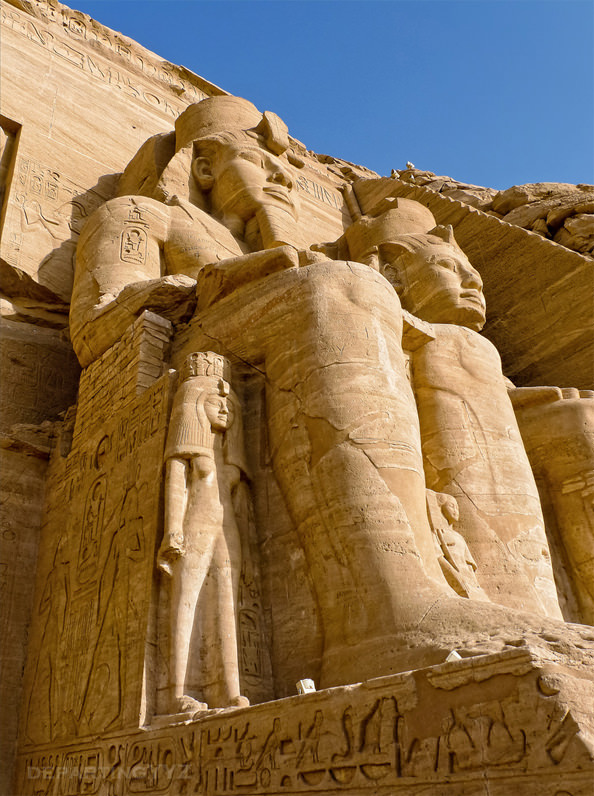 The twin temples at Abu Simbel, dedicated to Egyptian gods and featuring pharaoh Ramses II, were carved out of solid rock in the 13th century BC in southern Egypt. They were discovered by J.L. Burckhardt in 1813, and quickly became a must-see site for Victorian tourists. In the 1960s, nearly 3,000 years after being built, the creation of Lake Nasser threatened to submerge the temples, so a UNESCO operation dismantled then reassembled them in the exact same relationship to each other, and the sun, farther up a sandstone cliff. Added to my list of must-see Egyptian sites! More info >