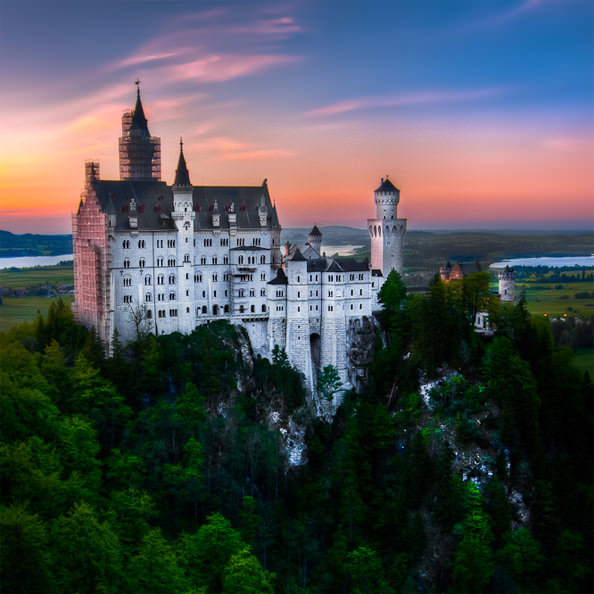 The Neuschwanstein Castle in Bavaria, Germany was built in the late 19th century by Ludwig II of Bavaria as a personal retreat from the public. After his death in 1886, it was opened to the public and over 1.3 million people now tour the castle every year. What a view! Source: Ali Erturk