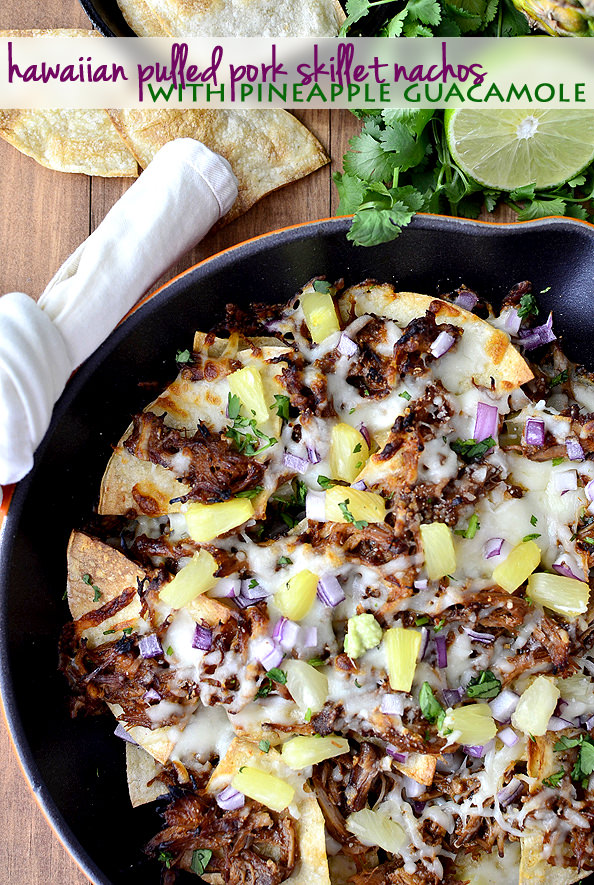 Howdy, all! I hope you had a nice weekend!

Lincoln had a very special Valentine’s Day greeting for his Mama…with a little help from Dad, me thinks. And perhaps a serial killer. I actually looked around half expecting someone to jump out of the closet when I opened his swaddle Friday morning and found this ransom note-esque message drawn on his onesie – baHA! 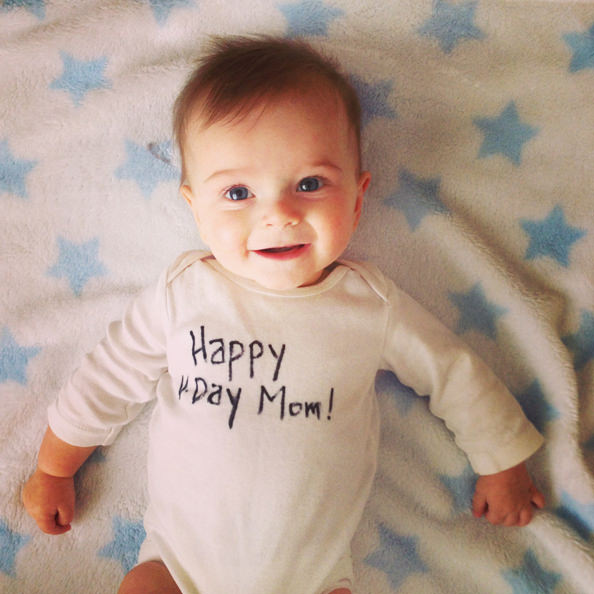 The rest of the day was awesome! Ben came home early bearing wine and flowers. Louis Martini = Be Mine. 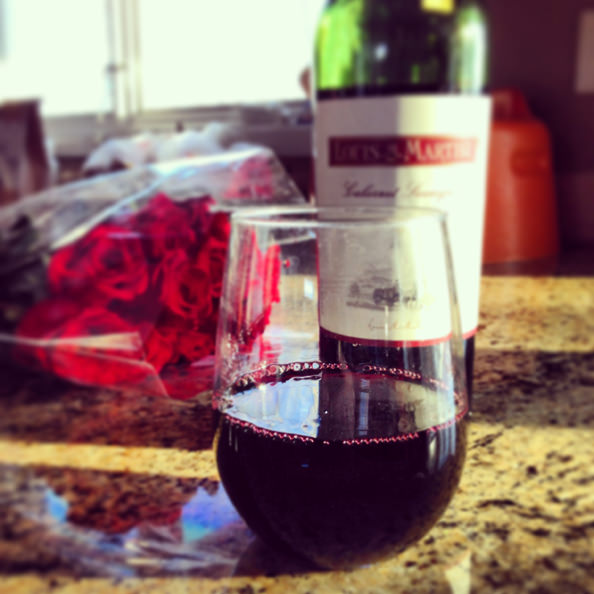 Lincoln and I returned the favor by putting together a cheese plate while Ben prepared the main event…Seafood Gumbo and a Flourless Chocolate Torte with Raspberry-Lime Sauce for dessert. It was spectacular!!! Who knew gumbo could be so romantic? ;) 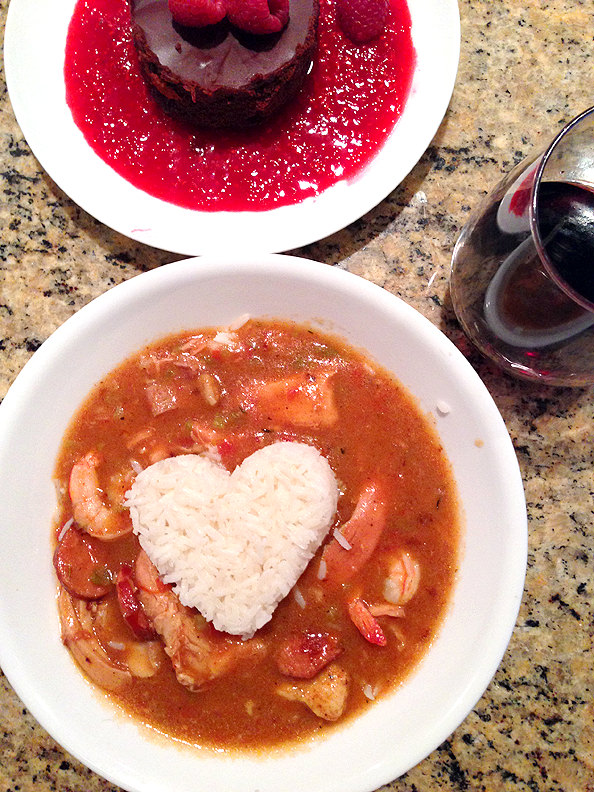 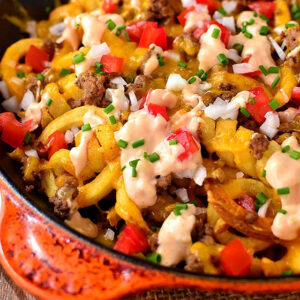 The rest of the weekend was spent chilling. I actually turned to Ben on Saturday as we were lounging on the couch and said I couldn’t remember the last time we had such a leisurely couple of days. It was so nice.

Saturday night we had my parents over for what was supposed to be an Olympic watching party (I’m trying to get into them, really I am!) with Chipotle for dinner, but the cable was out city-wide so we ate our bowls to the tunes of Pandora then watched videos of Lincoln on Apple TV via our iPhones.

My, how times have changed. ;)

I had trouble sleeping that night because of the succulent scent wafting from the kitchen. Slow cooker pulled pork, which I used to make Hawaiian Pulled Pork Skillet Nachos with Pineapple Guacamole, was cookin’ low and slow! 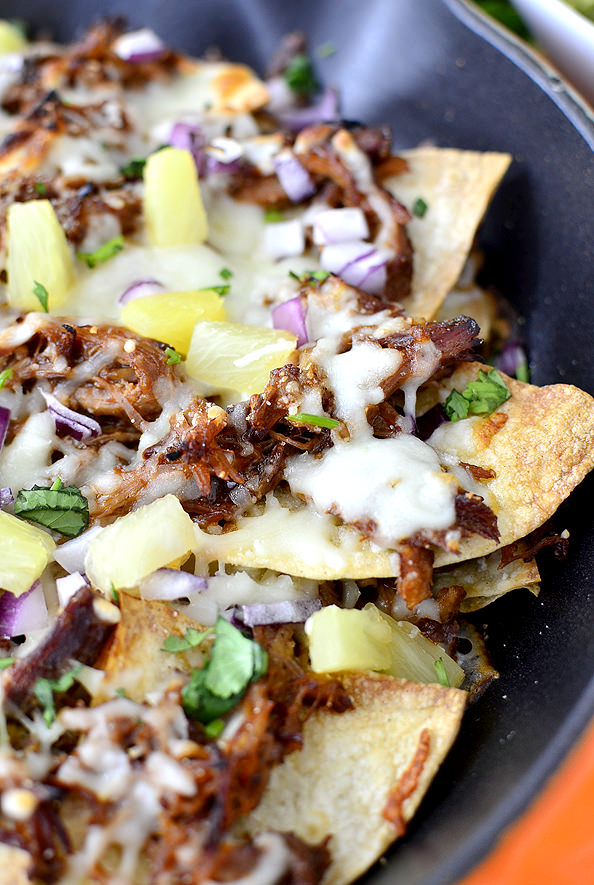 Pork roast slow-cooked in BBQ sauce, sweet onions, and pineapple juice is shredded then piled atop homemade baked corn tortilla chips with mozzarella cheese, zingy red onion, and sweet chopped pineapple. Dolloped with garlicky guacamole spiked with more pops of pineapple, Ben and I GOBBLED this crunchy, cheesy, chewy skillet up! Lincoln had pork on the brain too. ; ) 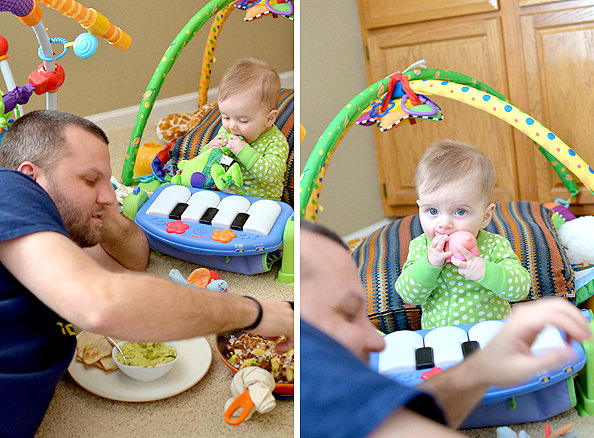 On Friday I mentioned Ben’s favorite pizza is Hawaiian Pizza, which is the inspiration for these nachos. Pineapple, “ham” aka slow cooked pork, and mozzarella cheese are the anchors of these nachos, which are assembled and baked right in a cast iron skillet for a fun and easy presentation.

Believe it or not, these nachos fall under the “healthy” category – for nachos anyway. I mean, usually they’re cheese served with a side of chips, right? Which I am all for on occasion, but when you use tons of flavorful ingredients like juicy, slow-cooked Hawaiian pork, pineapple, and smokey BBQ sauce, you don’t NEED tons of cheese!

Plus I made homemade baked corn tortilla chips (so unbelievable easy – you’ll flip) and, well, I for one have always considered guacamole a health food. You should too. It’s the right thing to do. 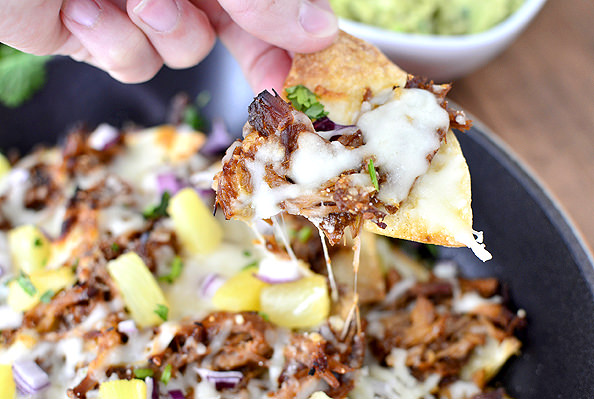 Start by trimming a 3-4lb boneless pork butt (also called a shoulder roast) of any big pieces of fat, then cut it into 8 big hunks. Place the hunks into the bottom of a large crock pot (I used a 6-quart’er) then season the hunks on all sides very generously with garlic salt. LOTS of garlic salt!!

Next add 1/2 cup of your favorite BBQ sauce, a 15oz can chopped pineapple plus the juice, and 1 sliced red or sweet onion. Pop the lid on top then cook on low for 7-9 hours (I don’t recommend slow cooking pork on high,) or until the pork shreds very easily with two forks.

Mix 2 cups of the shredded pork with 1/2 cup more BBQ sauce, then refrigerate or freeze the rest. The extras make for awesome pulled pork sandwiches, quesadillas, or hash! 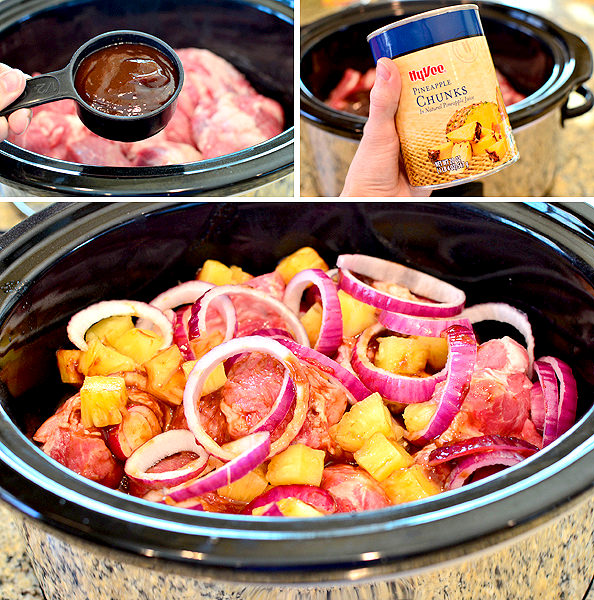 K! When the pork has about an hour left, make the homemade baked corn tortilla chips. You could certainly use store-bought, but I always seem to have a half-used package of tortillas in the fridge and making healthier, homemade baked chips is a great way to use ’em up.

Stack 6 tortillas then use a sharp knife to cut them into quarters. 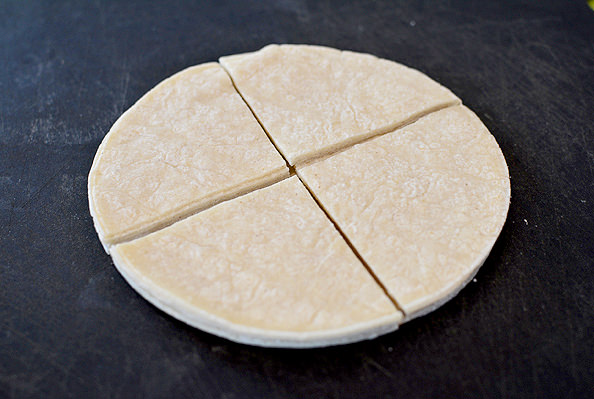 Lay the wedges onto two baking sheets then spray the tops with nonstick spray or extra virgin olive oil, season with salt, and then bake for 8-10 minutes, or until golden brown, rotating the pans halfway through.

Perfectly crispy, and BAKED, not fried! By the way, you could bake the chips a day ahead of time. Just make sure they cool completely before storing in an airtight container. 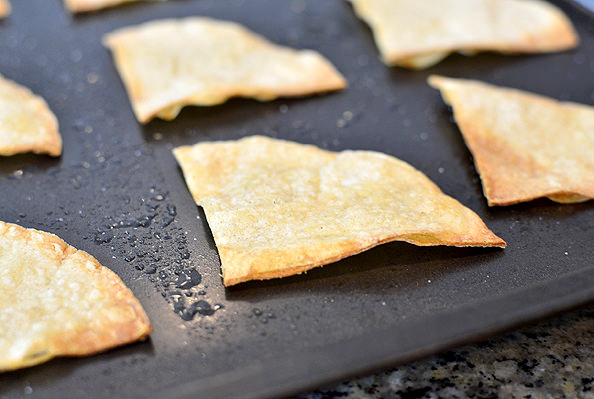 Layer half the chips in the bottom of a 12″ oven-proof skillet, then layer on half the BBQ-sauced pulled pork (remember, we didn’t use ALL the pork – just 2 cups of it!)

Next layer on half of 4oz shredded mozzarella cheese, 1/2 cup pineapple tidbits, and 1/2 small chopped red onion. Repeat the layers with the remaining ingredient (ooo yeah – double decker, baby!) then pop the skillet into the oven for 7-10 minutes.

By the way, if you don’t have an oven-proof skillet you could just use a baking sheet. 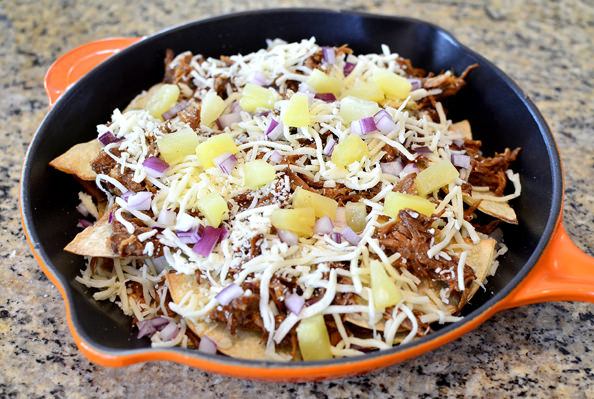 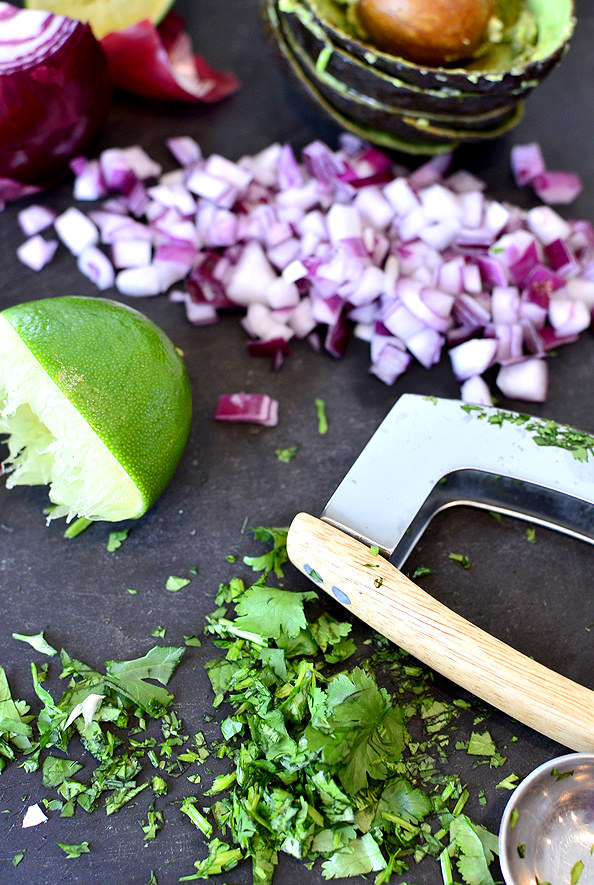 Pull the nachos when the cheese has melted then serve with extra BBQ sauce and homemade Pineapple Guacamole (I die – recipe below!) for dipping! 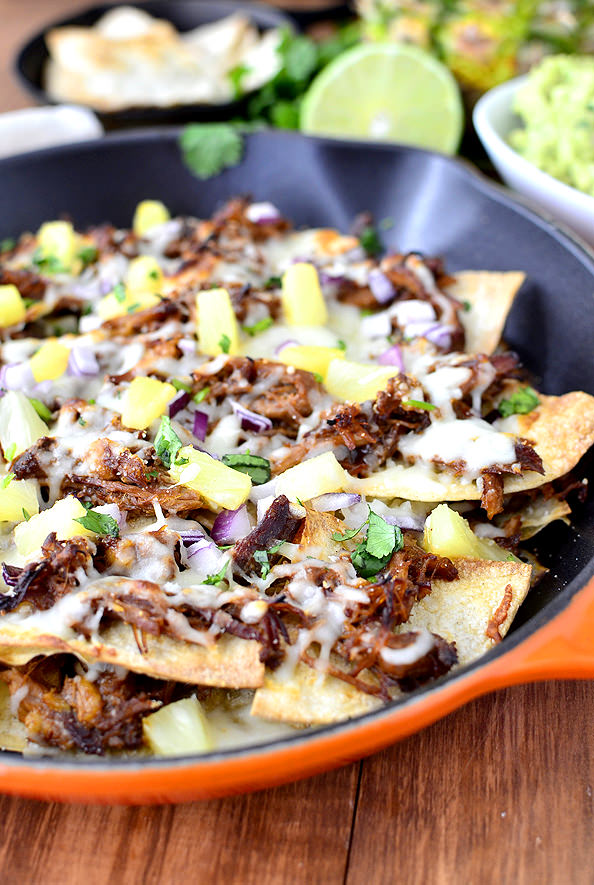 Pineapple tidbits are used twice - you'll need one, 8oz can for this entire recipe.

This Pineapple Guacamole is totally my new go-to-guac. You know my love for sweet + savory, and this combo’s got it covered! It tastes SO summery too, which is much appreciated. You know those warm temps I was excited for? Yeah, more like nonstop snow and sleet. #midwestproblems 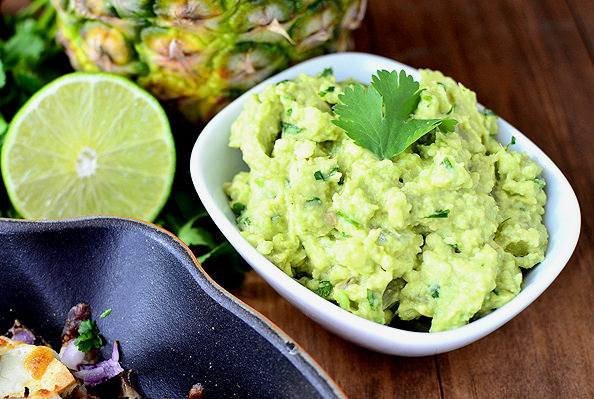 This crock pot recipe is delicious enough to entertain with – make a big ‘ol batch then bring right to the table with a big pitcher of margaritas (I’m dying for a taste of these!) – or serve as a fun weeknight meal. Enjoy! 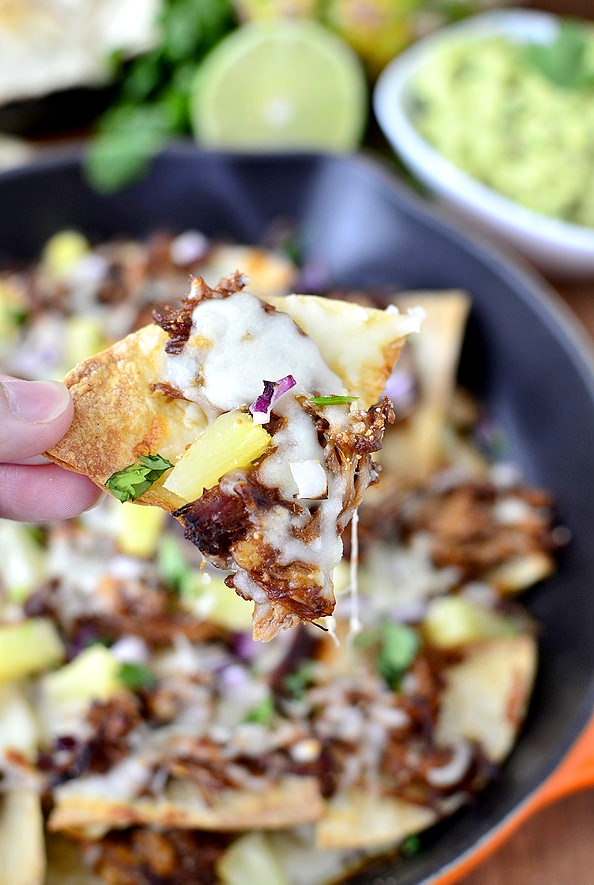