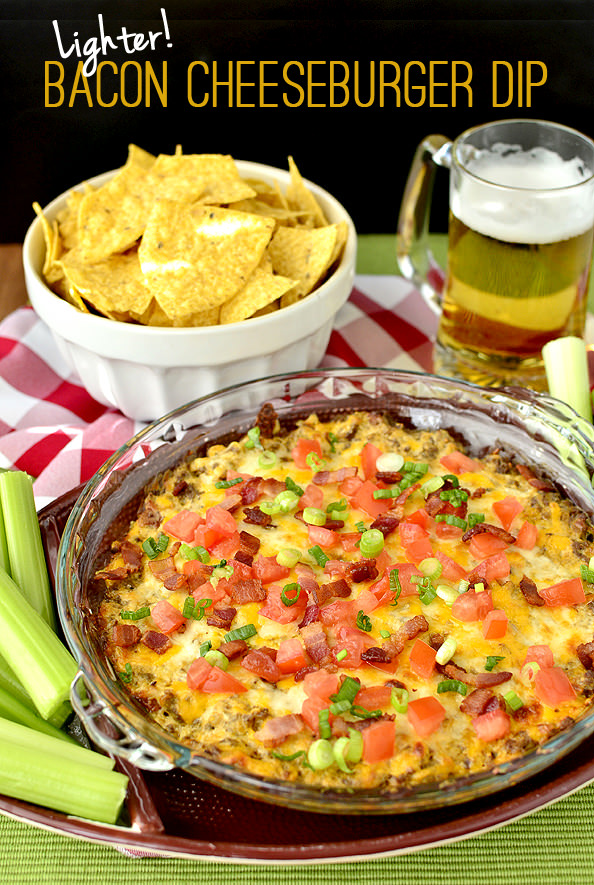 In the past the idea of Sunday Funday sounded more appealing to me in name rather than in practice. Sure, sipping beers while watching football games at a sports bar, or spending the afternoon at the movies sounded like lots of fun, but the thought of waking up on Monday in a fog and/or having nothing prepared for the week kept me mostly home-bound at the tail end of the weekend for years.

What a lame existence, right?!

Over the past year or so I’ve come to my senses and tried to expand my horizons by getting out and about on Sundays. Movies, shopping, exercising, hanging out with friends and family – life is too short to stay home worrying about Monday, which is coming whether I’m ready for it or not.

Last week the boys and I headed over to a friends house to watch some NFL and let the kids play together. In between dominating a slightly too competitive game of carpet hockey against Ben and a 4 year old, I sampled yummy pumpkin beers (have you tried O’Fallon’s? Tastes like pumpkin bread!) and snacked on a tasty, creamy Cheeseburger Dip which I just knew could be easily lightened up without sacrificing flavor. 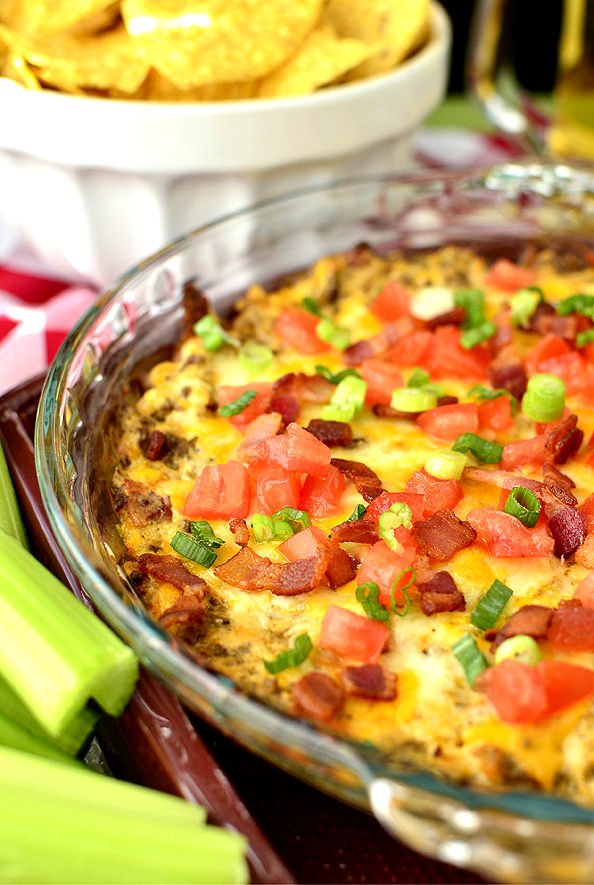 Lean ground beef is mixed with classic cheeseburger fixin’s like ketchup, mustard (which is optional for you mustard haters!) and cheese, then combined with 1/3 less-fat cream cheese in place of full fat, plain Greek yogurt in place of sour cream, and a whole lot less bacon than the original recipe called for. Calm down, there’s still plenty of bacon! 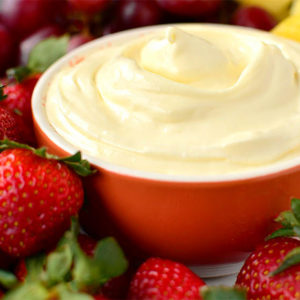 The Best Fruit Dip Ever

The result is a thick, creamy, and hearty dip that tastes just like a bacon cheeseburger – only lighter. You’ll love it! 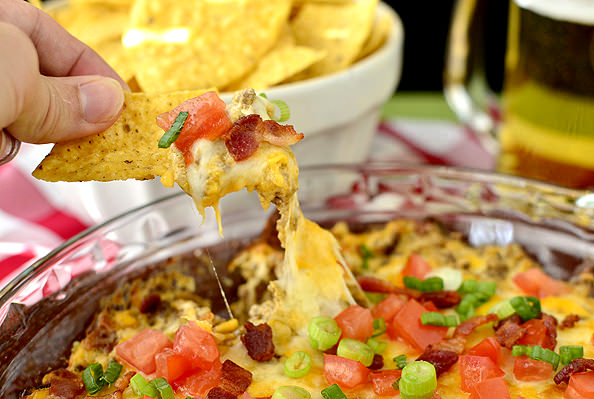 Start by getting that aforementioned bacon sizzling away. Chop 4 slices bacon (compared to the original recipe’s 10!) then cook in a large skillet over medium heat until crispy. Remove the bacon to a paper towel-lined plate to drain then discard the bacon grease (or save it if that’s your thing.) 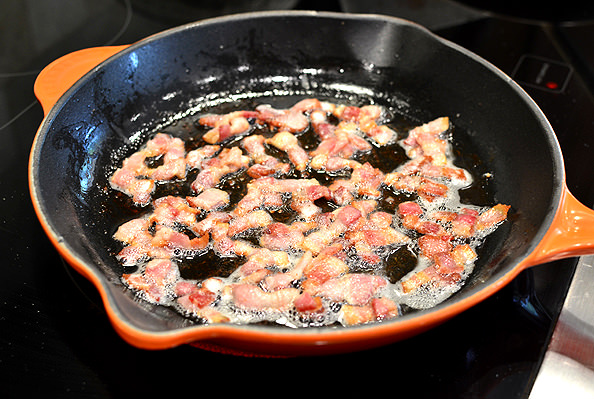 I know I say this every time but it bears repeating – pour your bacon grease into a foil-lined bowl then crumple and throw away when it hardens. Easy! 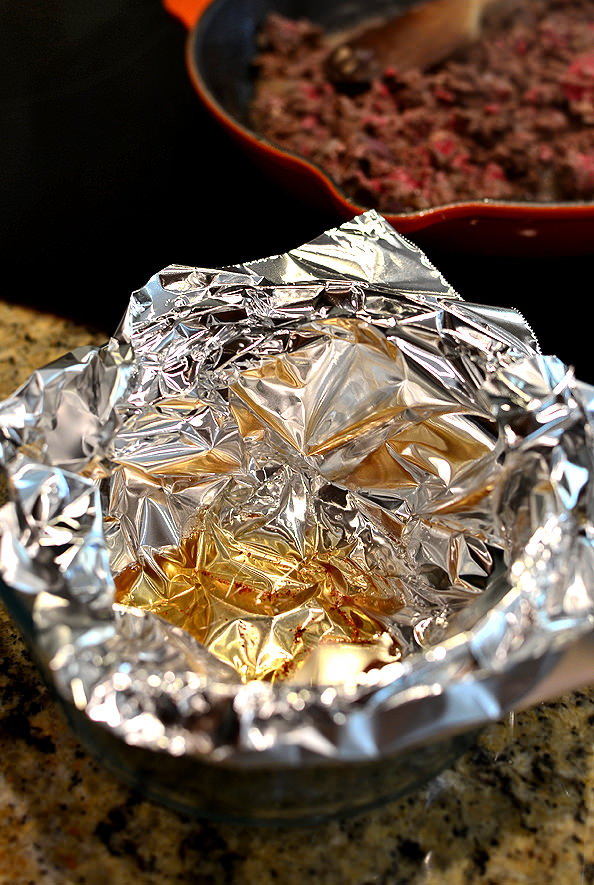 You CAN taste the mustard in the dip, so if you have mustard-haters in your house just skip it!

Pour the ground beef mixture into a large bowl then add 4oz 1/3 less fat cream cheese and 4oz plain non-fat Greek yogurt. You cannot go wrong with these two substitutions in this dip. The taste is the same for less fat and calories!

Add 1/2 cup each shredded mozzarella and sharp cheddar cheese, and 3/4 of the cooked bacon.

Mix until combined then scoop into a 9″ pie plate and top with 1/4 cup more mozzarella and cheddar cheese. 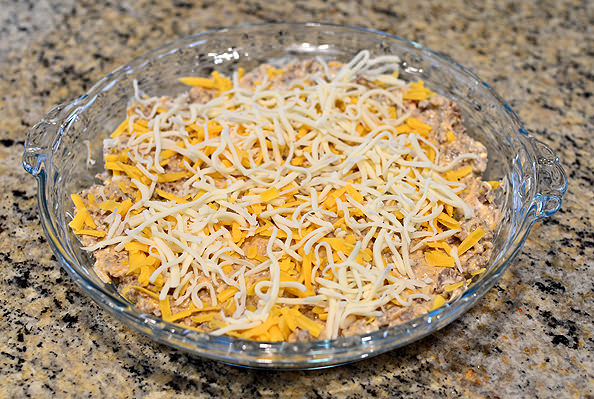 Bake at 350 degrees for 15-17 minutes, or until hot, golden brown, and bubbly then top with the remaining bacon, chopped scallions, and fresh tomato. Throw some chopped lettuce on there if you please…I just have a thing about not loving hot lettuce. You understand! 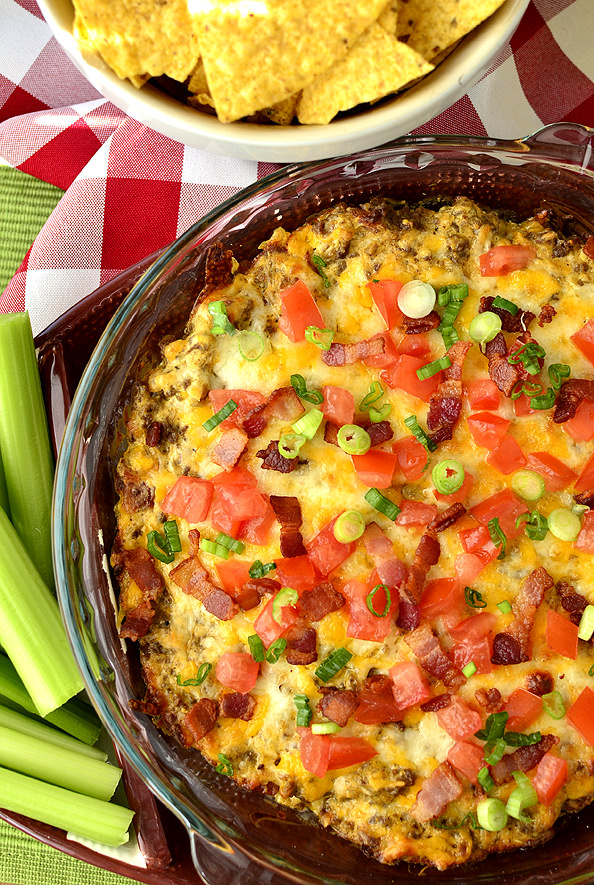 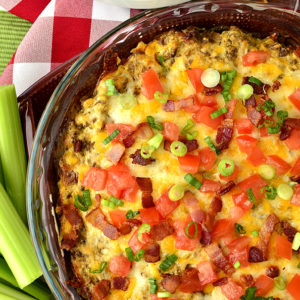 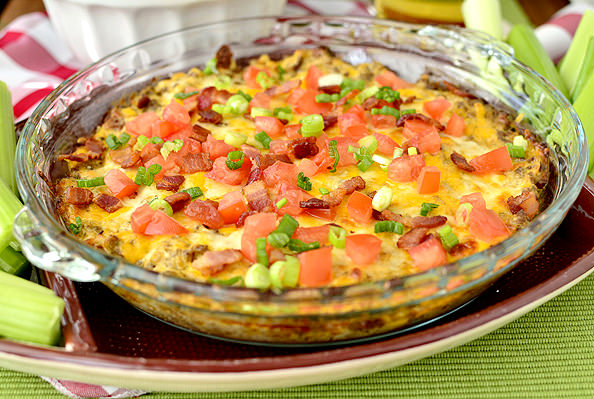 This dip is great piping hot out of the oven, or cooled down more towards room temperature. Serve with chips and veggies for football games, parties, potlucks, or your next Sunday funday! Enjoy! 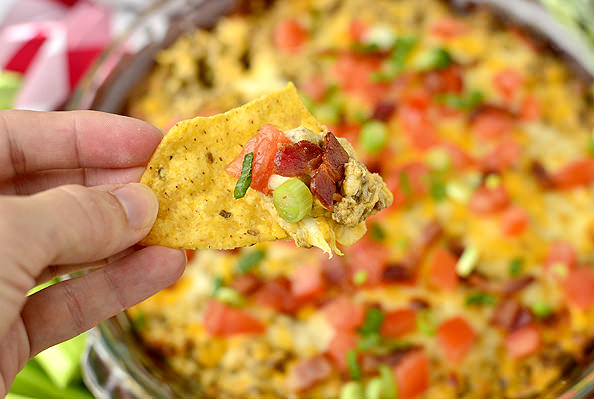