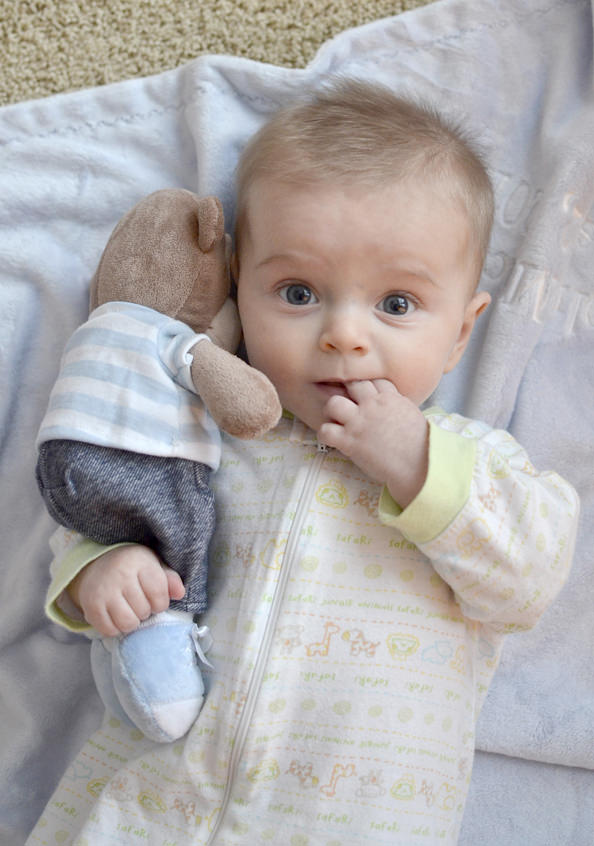 No seriously, it’s unbelievable that Lincoln is already 5 months old. It’s too close to 6 months, which is practically a year. WHAT?! Here’s what’s on my mommy mind this month!

This has hands down been the best month so far. I feel like a switch went off in Lincoln’s brain as he seems to really “get it” now. Jokes, games, his name, expectations, etc. He’s gone from observing to participating and it’s so cool. I can see his personality coming out more and more everyday. 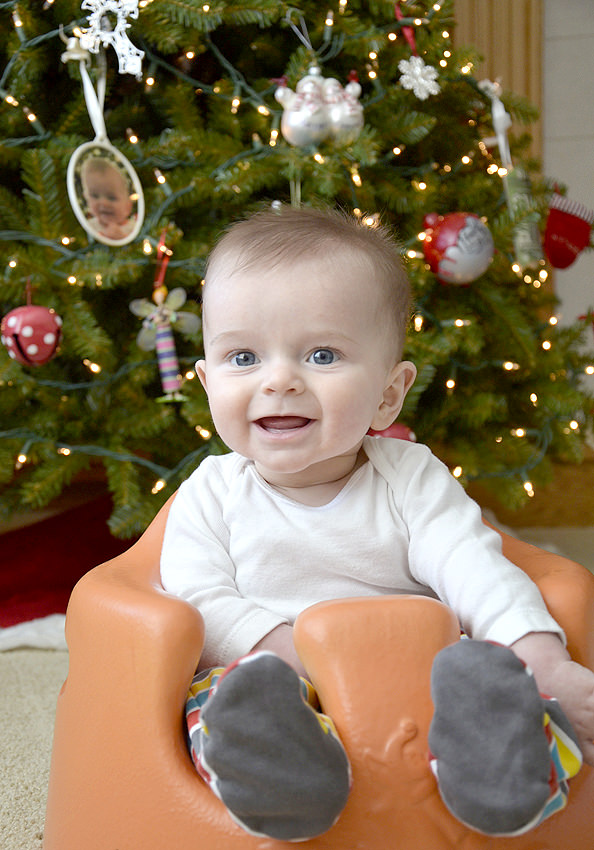 It was so fun starting holiday traditions this year like visiting Santa which, ok, was more for us, but still. No tears for the jolly old elf, just mild contempt. BaHA! 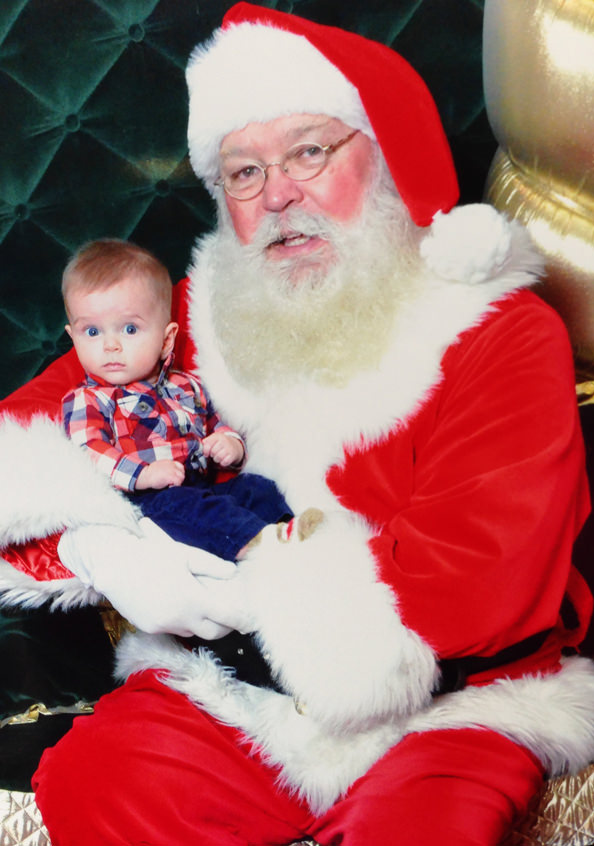 I’ve started panicking about fine lines on my face that don’t go away when I stop smiling…which is probably because I never do! It feels like everyday Lincoln’s learned a new and hilarious trick – from panting while running in place like he’s running a race, to sucking on his big toe like it’s his thumb (so gross,) and blowing raspberries every chance he gets. I think he’s the bees knees (and have the wrinkles to prove it!) 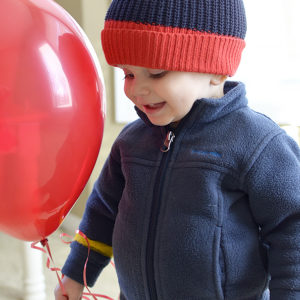 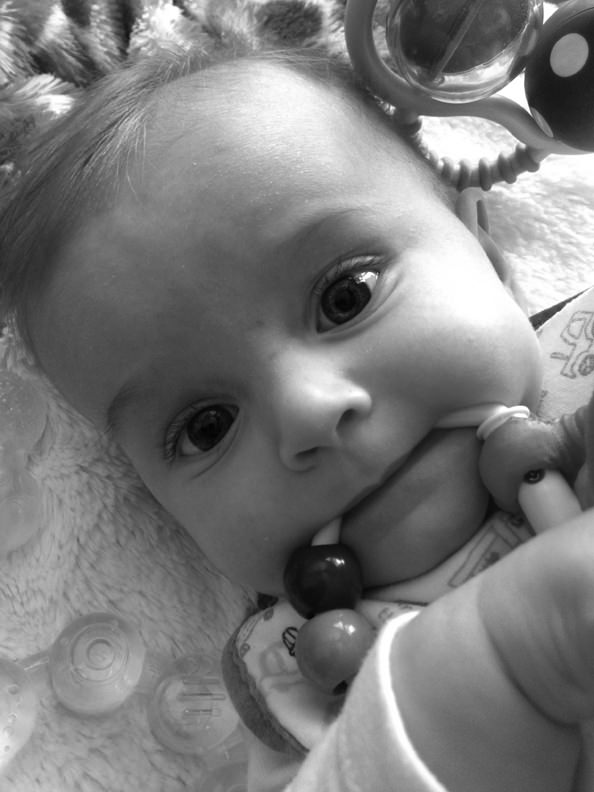 WE’RE FINALLY SLEEPING!!! Lincoln was using a pacifier to go to sleep up until 4 months and a week or so. After a particularly horrendous night of getting up almost every 30 minutes from 1-6am when he spit the dang thing out and woke up, Ben and I agreed we could no longer be slaves to a stupid rubber object and got rid of it the next day (we also unswaddled one arm at the same time so he could suck on his fingers to soothe himself.)

After fussing for 20 minutes, 2 naps in a row, I swear he forgot the thing ever existed. Now he goes down fully awake in his crib and puts himself to sleep within 3 minutes. Every time. Naps have lengthened from 35-40 minutes, to 75-90 minutes (sometimes longer!) and he’s sleeping much, much better at night. Usually from 7pm (dreamfeed at 9:30pm) to 6am then back down until 7:30am, though sometimes he still needs to eat around 3am. Of course it’d be nice if he was consistently sleeping through the night, but the fact that I can feed him then put him right back down to fall asleep on his own is enough of a miracle for now! 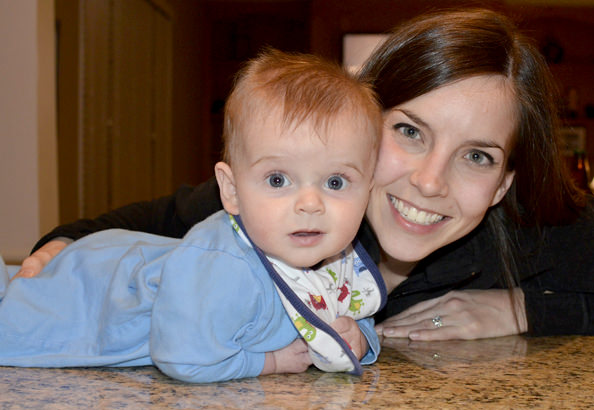 Did I mention how much he cracks us up?! Such a sweet and curious little boy. : ) 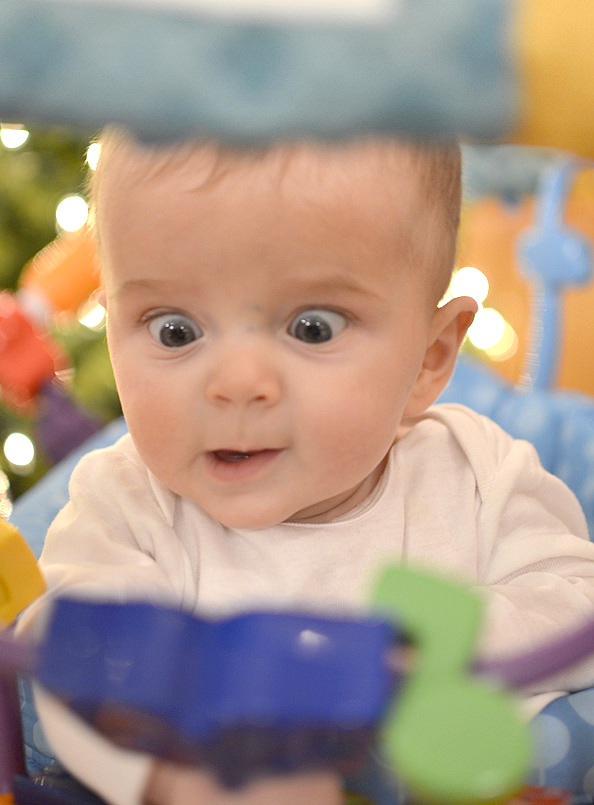 Lincoln loves his Daddy. Like, LOVES. He gives me some pretty good giggles and grins, but saves the biggest laughs for goofing around with Ben. It annoyed me until I heard Jenna Dewan Tatum said the same thing re: her daughter and husband Channing on E! News one night, which made me feel much better. Besides, I get the best snuggles. ; ) 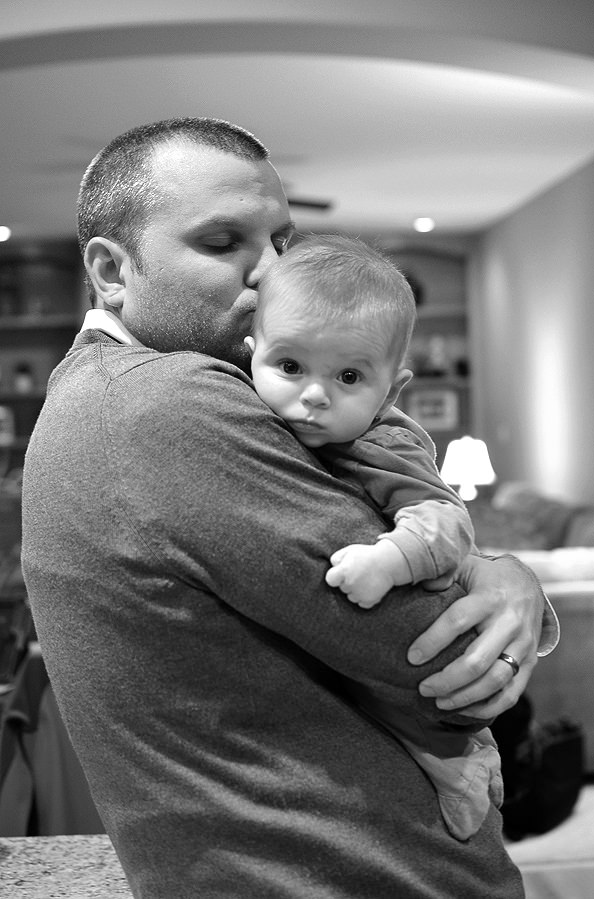 One of my favorite parts of the day is cooking dinner with Lincoln. I’ll put the Beatles station on Pandora then plop him in his high chair with Sophie. I chop – he gnaws. I’m excited to start making him food though! We gave him rice cereal in the middle of 4 months which he LOVED (took the spoon out of my hand and started feeding himself!) but it upset his stomach. Think we’ll try again with real foods like sweet potatoes, squash, and applesauce this month (which his Dr okay’d). Cannot wait! 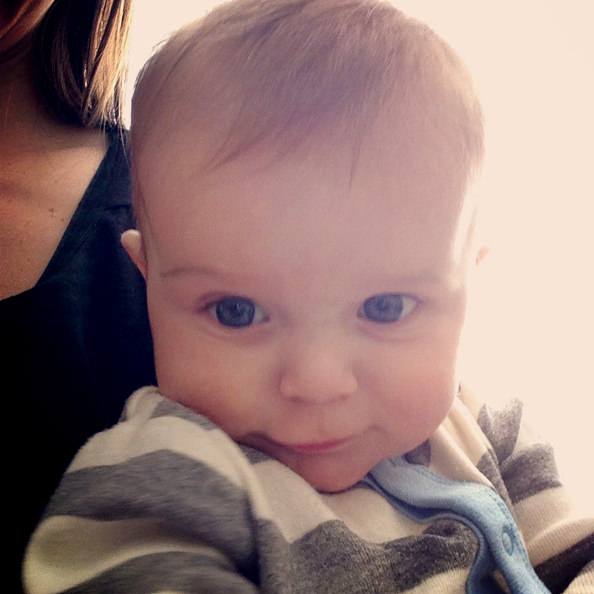 Thank you, as always, for following along on my adventures in Motherhood!