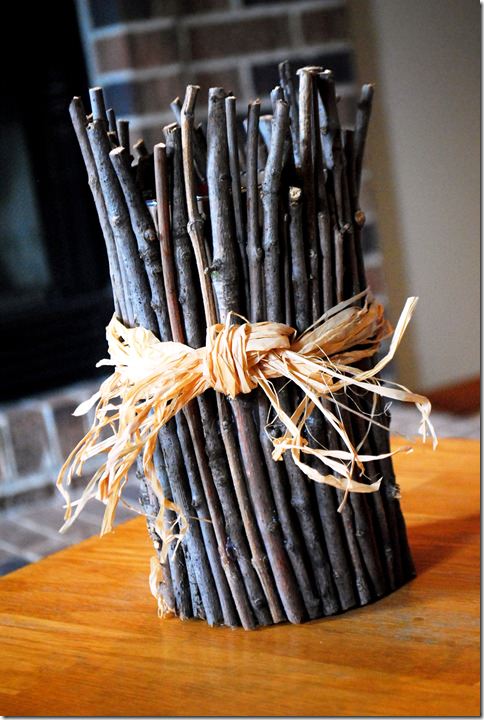 Yesterday I got bit by the crafting bug, and whipped up the decorative twig vase I featured in a Friday Favorite’s post a few weeks ago. BONUS: It didn’t cost me a DIME! 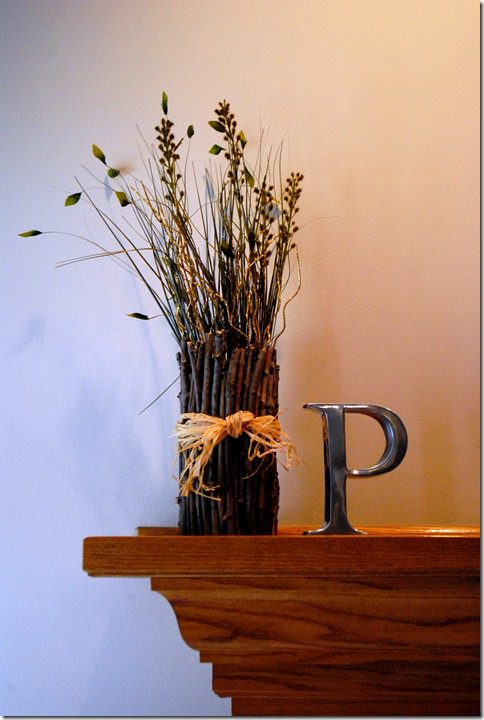 Ugh I love it so much. Here’s how you can make one too!

Step One: Gather your supplies: 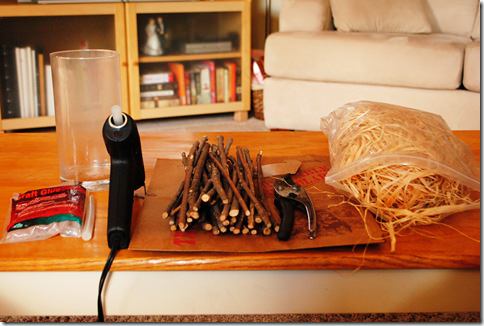 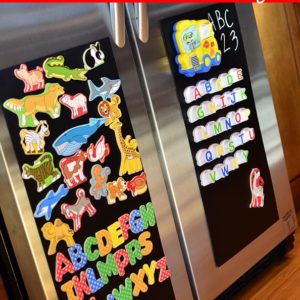 DIY Magnetic Board for a Stainless Steel Fridge

Step Two: Cut a panel from the paper bag that’s just under the height of the vase. This is so you can’t see through any gaps or spaces in the twigs to whatever you put inside. Curl and place inside the vase. 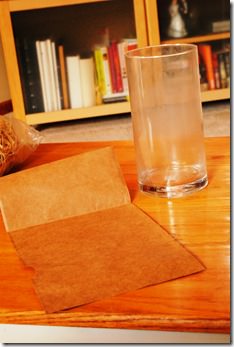 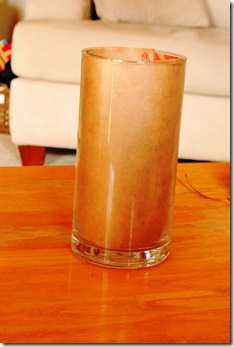 Step Three: Using very sharp gardening shears, cut a bunch of twigs that are roughly the same width, to about 1″ taller than the vase. Trim off small branches, etc, that are growing off the side of the twig. 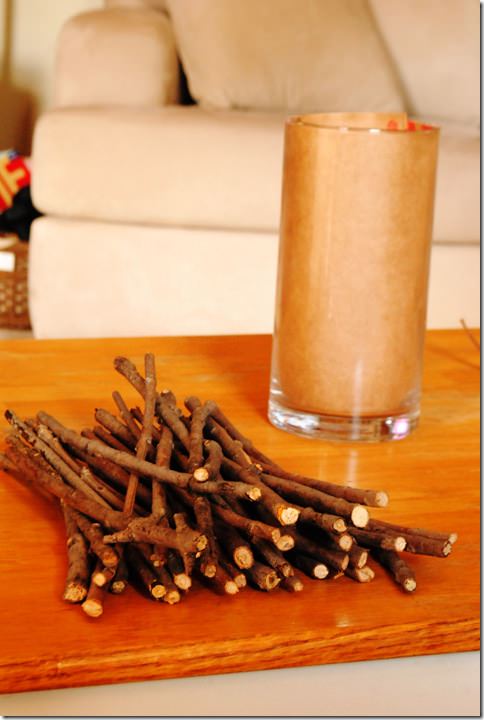 Tip: Try and find straight twigs, rather than curved ones, otherwise it gets hard to line everything up on the vase later. 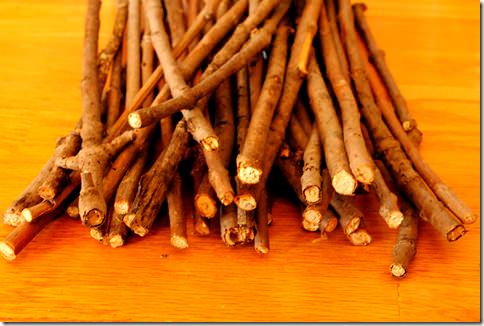 Step Four: Heat up a glue gun and run a line of glue down the length of the vase. Attach the twig and hold until glue is set, about 30 seconds or so. 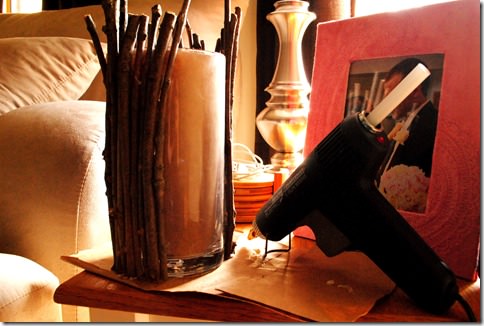 Continue gluing sticks to the vase until you’ve come around the entire thing. Fill in any gaps with smaller, thinner twigs. 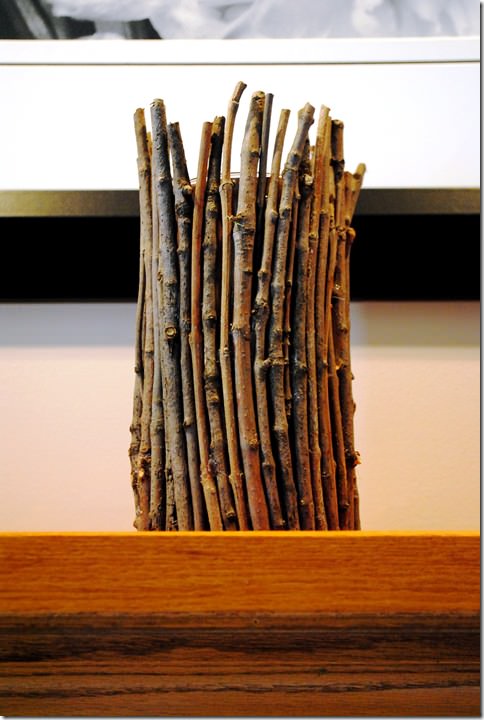 Step Five: Wrap the vase with raffia or other decorative ribbon/string. 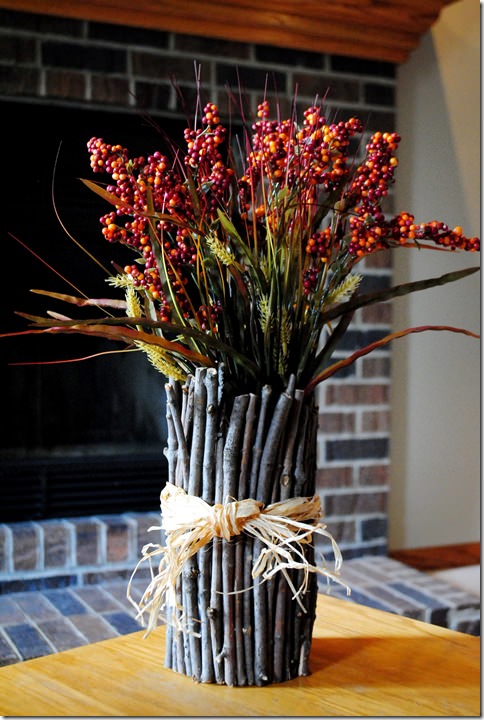 I already had the glue gun, random vase and decorative flowers at home, so all I needed to do was borrow some shears, raffia and twigs from my parents. Huzzah for DIY on the cheap! 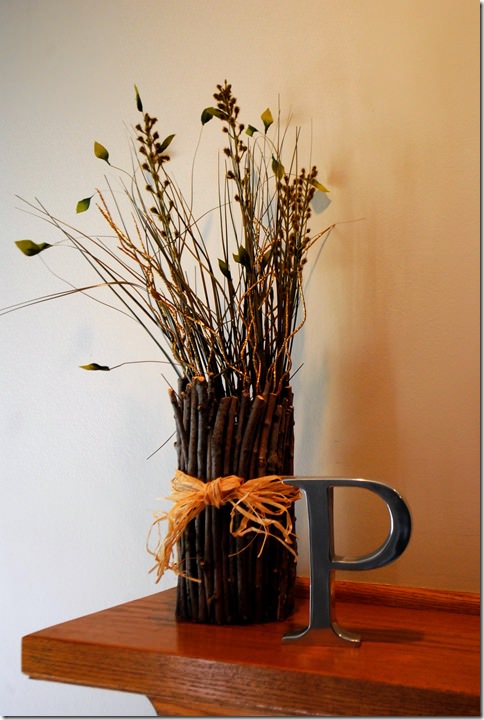 DIY Magnetic Board for a Stainless Steel Fridge