The first time Ben and I visited his parents in DC last Spring, they had our entire fantastic vacation planned out for us, eager to show off their favorite spots in their new city. This time, however, they had nothing on the agenda for our week-long stint out here.

Instead of creating an itinerary themselves, my in-laws thought it’d be fun to get the whole family involved in deciding what to do this week.

The day we got here, they set out 6 tiny boxes (one for each of us) that each contained 5 different activities to do in-and-around DC. Activities ranged anywhere from an hour at the shooting range (…) to dining at specific restaurants, visiting the capital to see the Christmas lights, wild cards, and much more.

We all picked a box, then chose 3 out of the 5 activities inside that we for sure wanted to do. Yesterday was our first day of hand-picked activities and it started with a stop at the United States Holocaust Memorial Museum. Ben’s Dad had been before, but still chose it from his box, as he wanted to make sure the entire family experienced it firsthand. 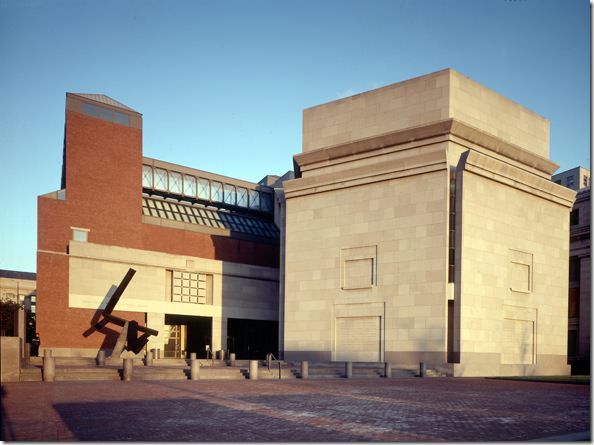 The US Holocaust Memorial Museum is free to the public and has over 900 artifacts, 70 videos and four theaters over three floors, covering three parts of the Holocaust: 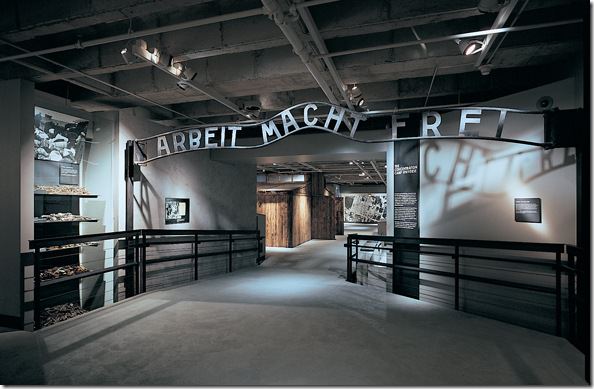 As you can imagine, each floor was even more heartbreaking than the next and, although I felt somber and sickened by the end, I’m so, so, so glad we went. I learned so many things about the Holocaust that I never knew, and feel an even greater urge to be more kind and tolerant in my everyday life. 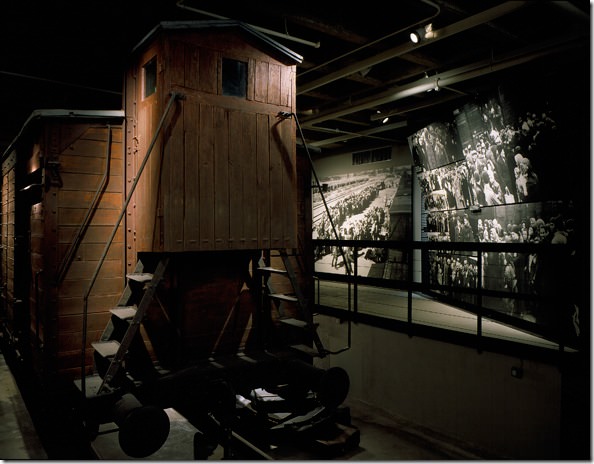 So, GO if you ever get the chance. It’s a must-see for everyone in this world! 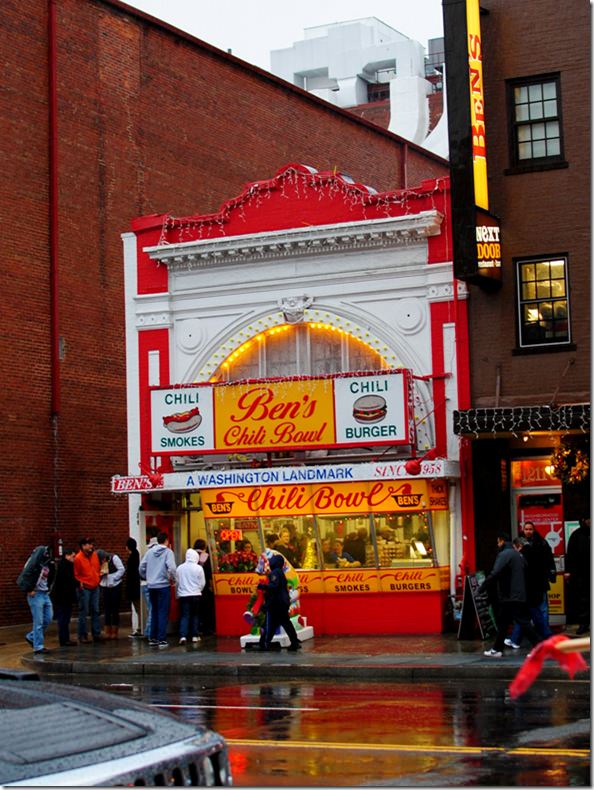 Hand-picked by yours truly… ;) 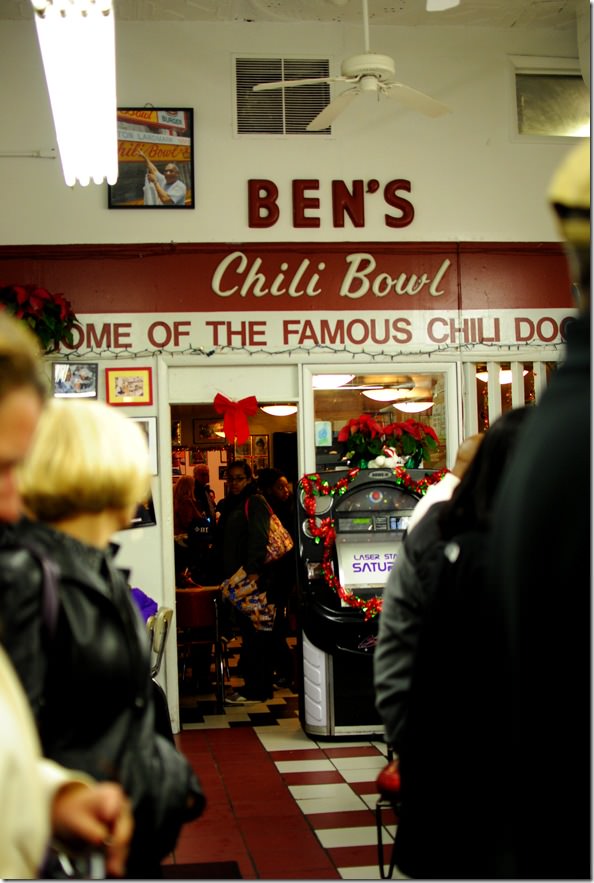 Ben’s Chili Bowl is a DC landmark. Established in 1958, it was one of the only business that remained open and helped restore the area after it was largely destroyed in the 1968 DC riots when Martin Luther King, Jr was assassinated. 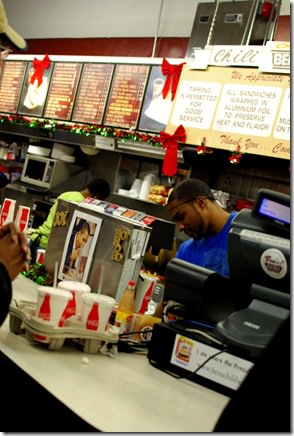 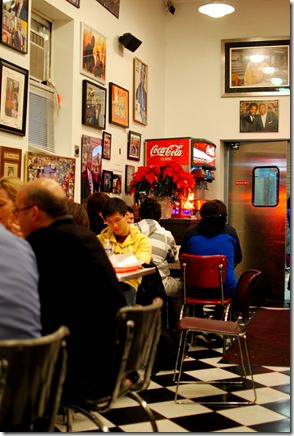 Besides being a cornerstone of the community, Ben’s Chili Bowl has played host to a ton of famous people, including Bill Cosby, Nat King Cole, and even President Obama, whose photos eating Ben’s delicious menu cover every open inch of wall space. 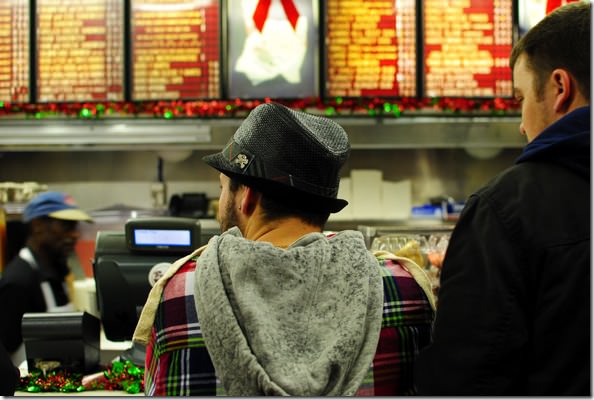 From the moment we walked in, we knew were in for a treat. The line snaked all the way to the back of the restaurant, and we listened to everything from hip hop to 80’s pop music bump from the speakers throughout the restaurant as we waited in line to order. 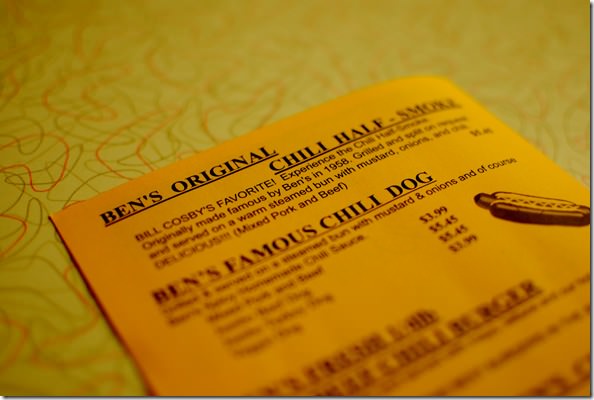 None of us had a clue what to get, but there were signs everywhere advertising Ben’s famous Chili Half-Smoke. Seeing as how we were at Ben’s Chili Bowl, we decided to go with it and ordered 6 straightaway! 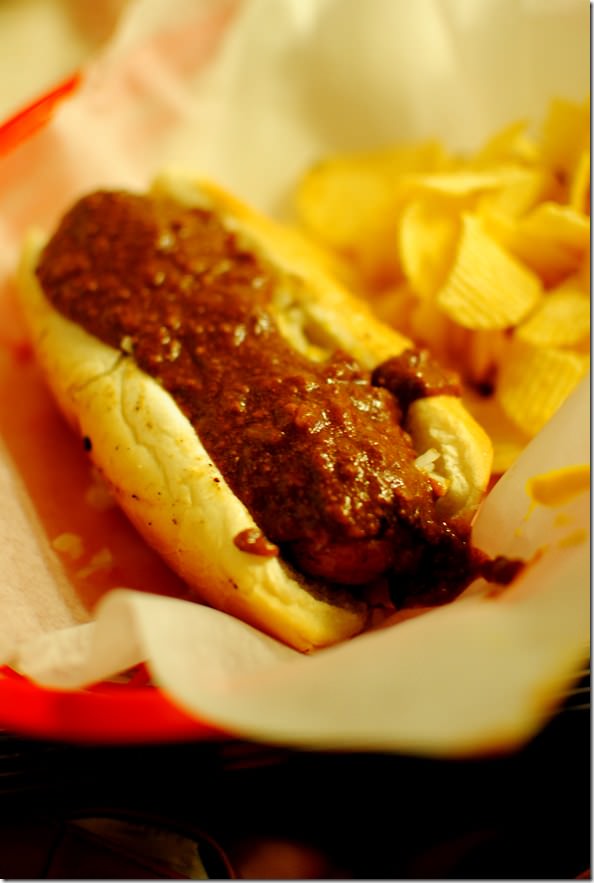 15 agonizing minutes later (we were starving) we found out exactly what a Chili Half Smoke was! A hot, snap-cased sausage nestled in a steamed, almost garlic tasting bun, smothered in Ben’s famous chili. 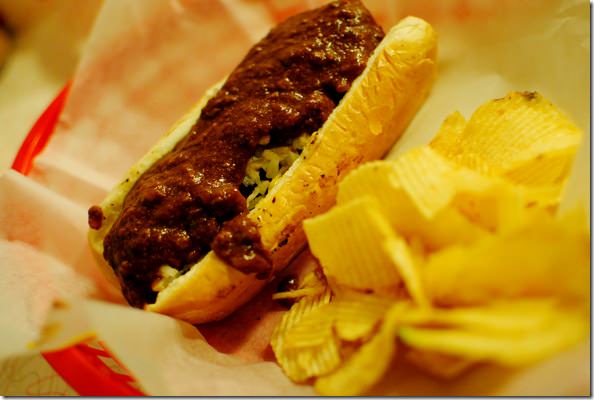 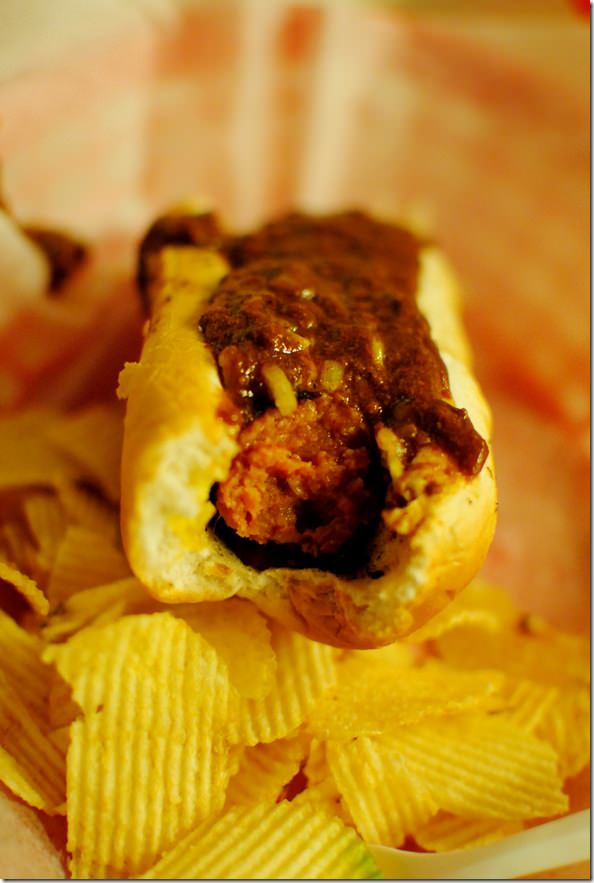 Salty, smoky, soft and snappy. We could not have been more happy. 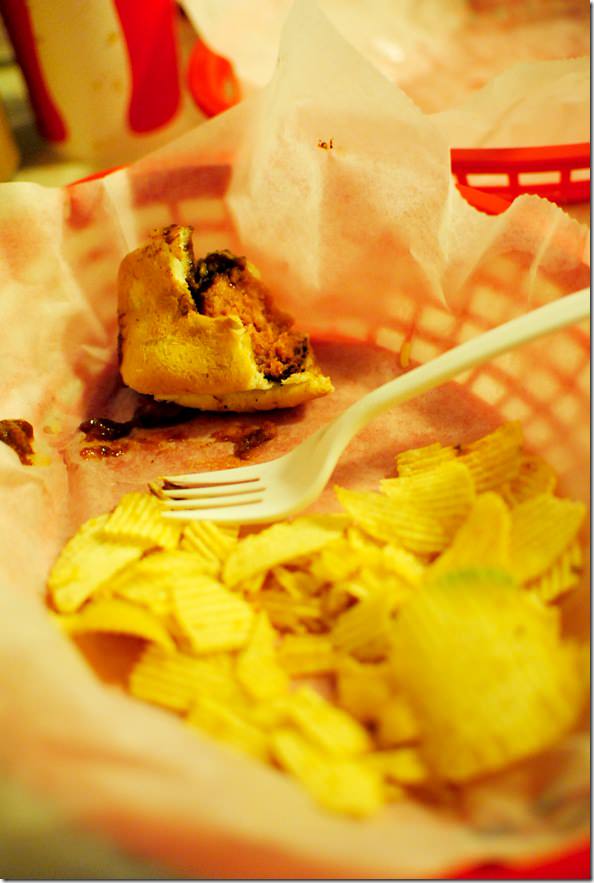 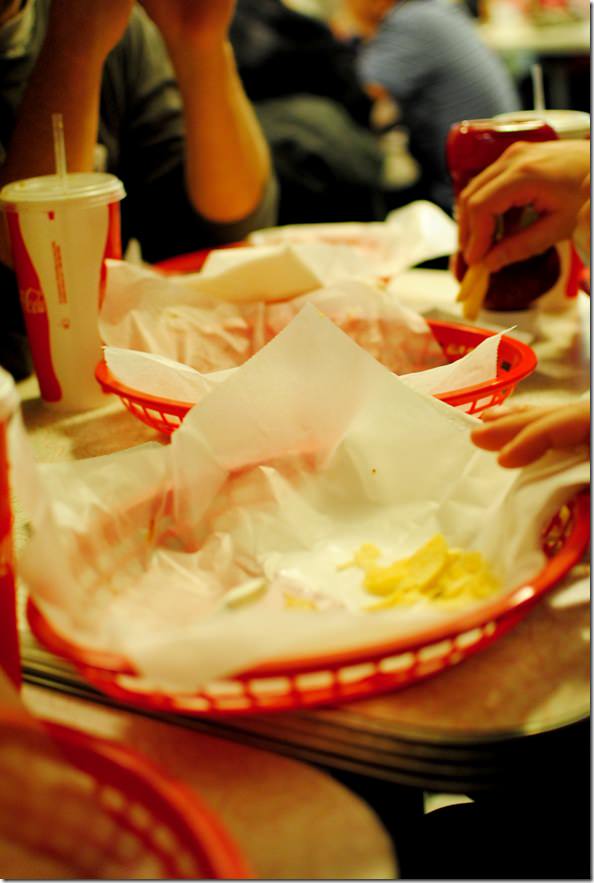 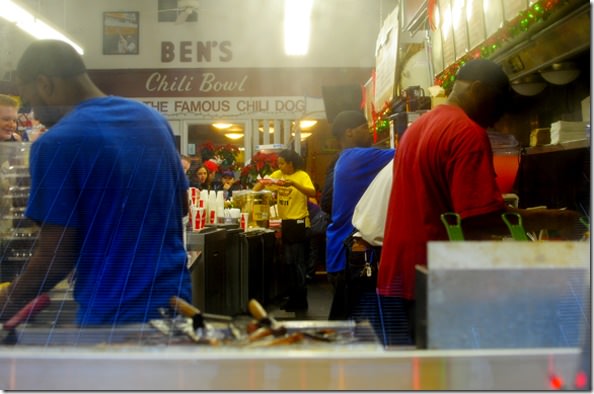 Plus, we actually didn’t feel as bad as we were anticipating after devouring chili smothered sausages. Win! ;) 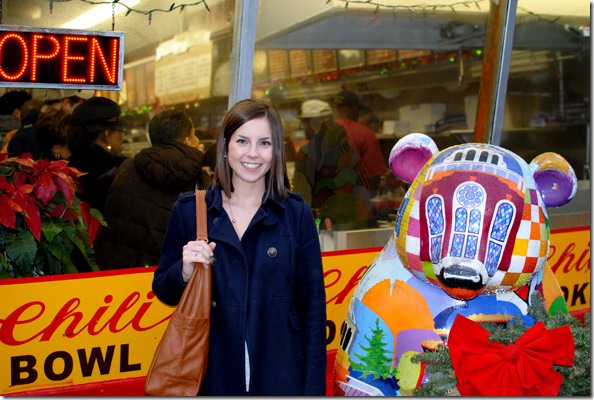 Just as we walked out and hopped into the car to head home, the rain stopped, the sky started to lighten, and a rainbow even made an appearance! 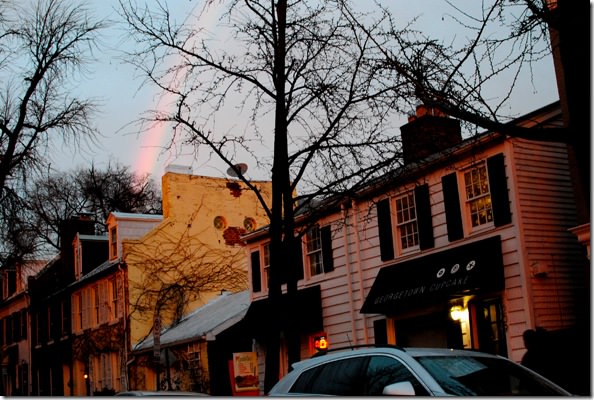 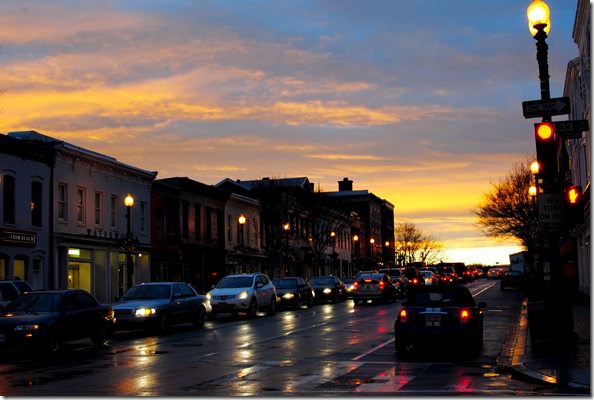 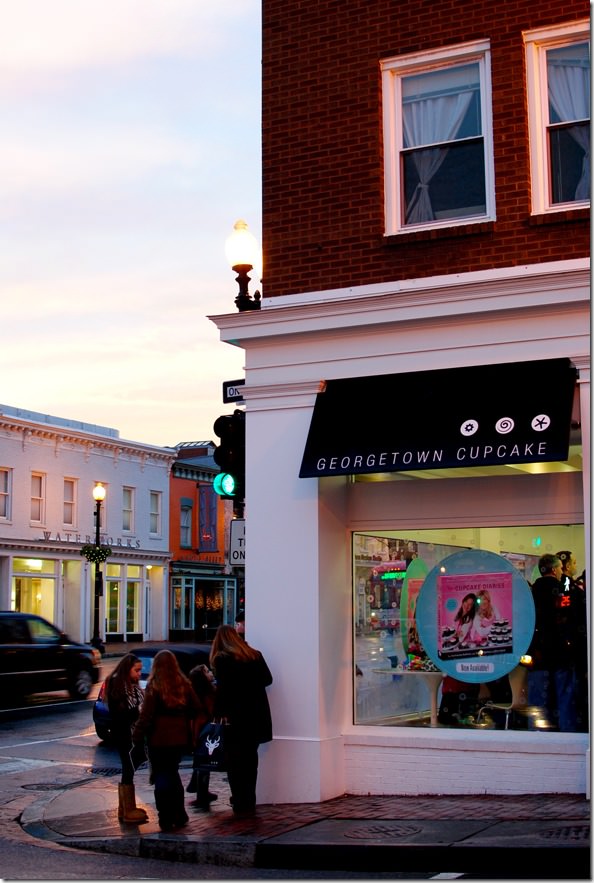 I was lucky enough to stop for a treat at DC-based Georgetown Cupcake the last time we were in DC, and had – honest to God – the best cupcake I’ve ever had in my life. 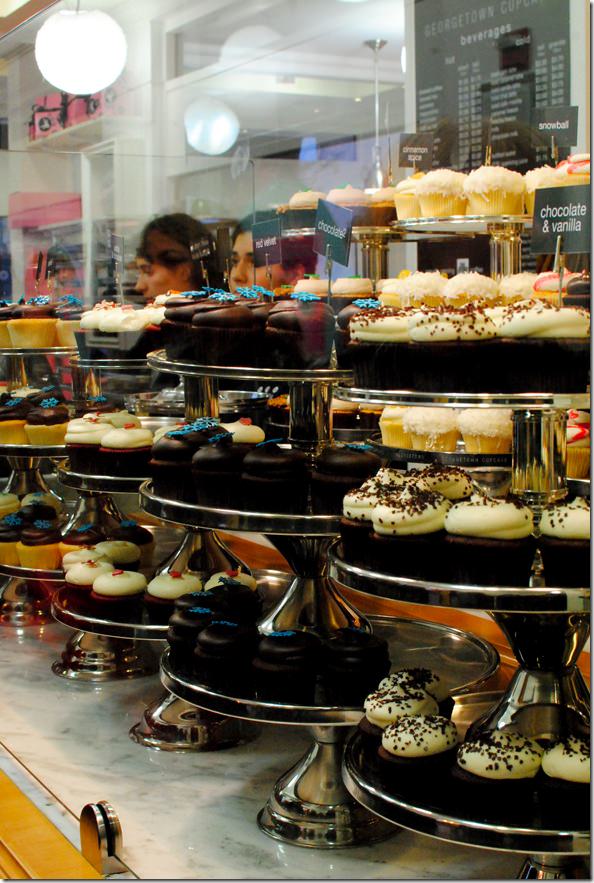 There was no way we were going to pass by without stopping. 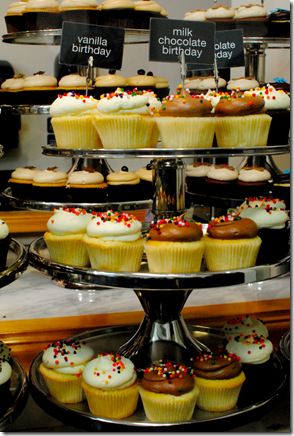 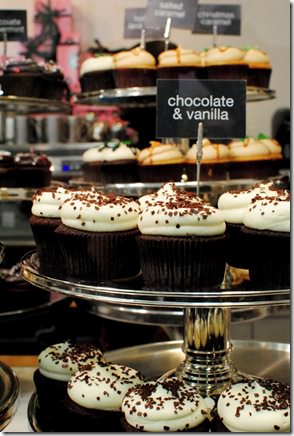 I hopped out of the car, surveyed the menu, and got 1/2 a dozen for the family to take home and enjoy after we made some room in our stomachs from the chili half smokes. 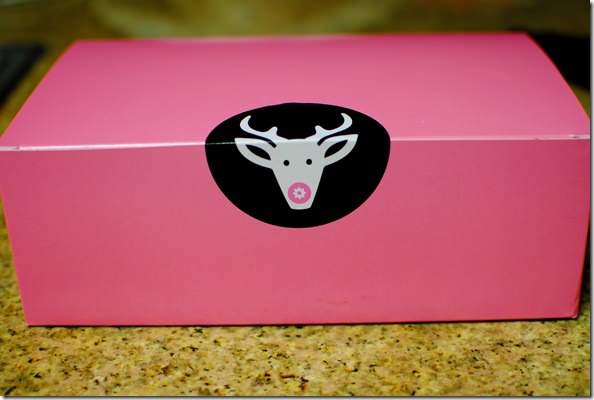 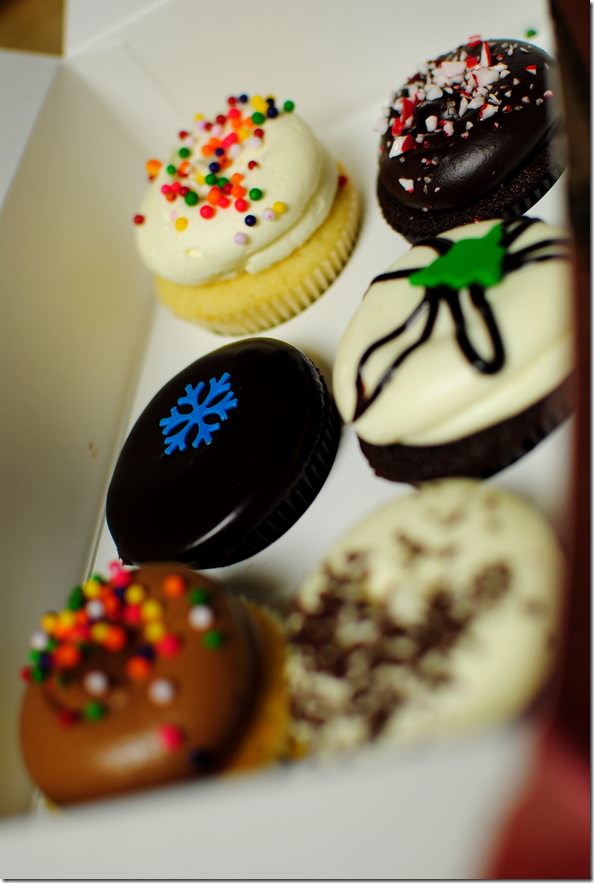 The abundance of cupcake flavors really tempted me – salted caramel, white chocolate peppermint and eggnog, oh my! – but in the end, I had to go with the tried and true…Lava Fudge. 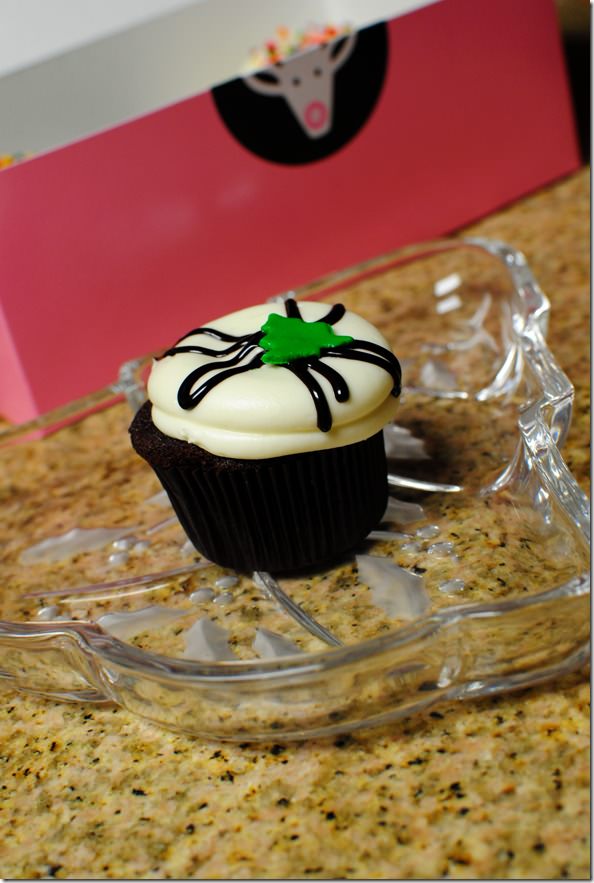 I know! It’s the same one I got last time, but it was TOO good to pass up! 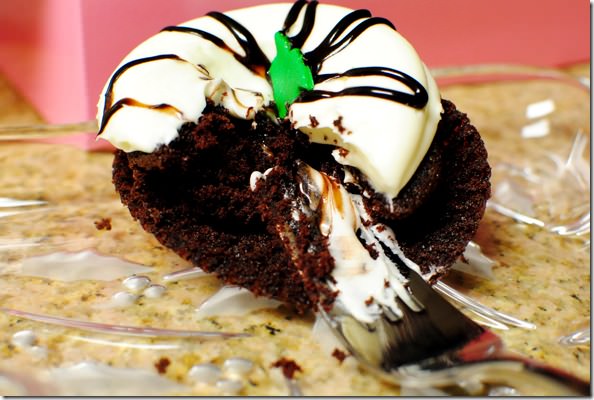 Back to time with the fam! Hope you’re having a great week!

What’s more important, the cake or the icing?