Low-Carb Spaghetti Squash & Meatballs is a delicious and healthy low-carb recipe to enjoy whether you're watching your carb intake or not! 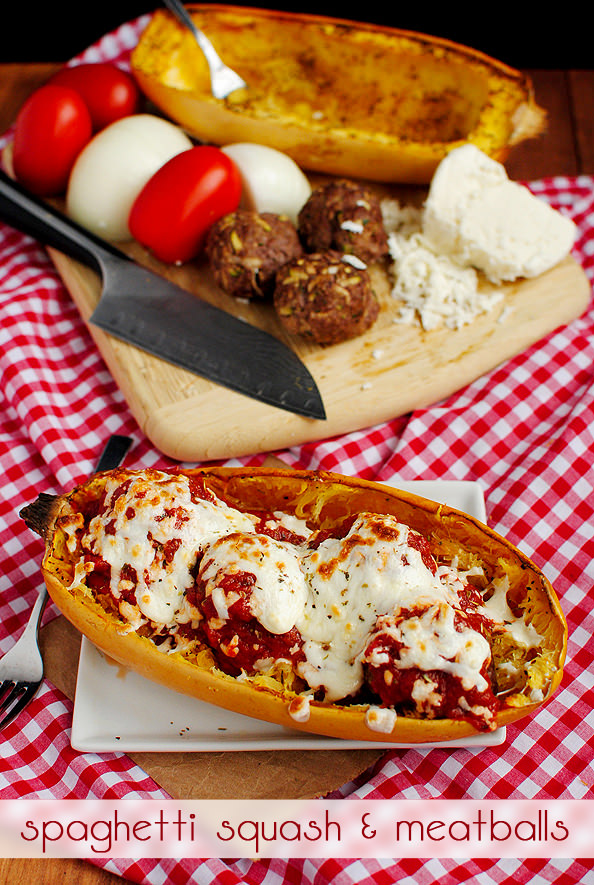 If there was ever a time to try spaghetti squash – a popular fall and winter squash that resembles spaghetti noodles when cooked – it’s here and now with Low-Carb Spaghetti Squash & Meatballs! 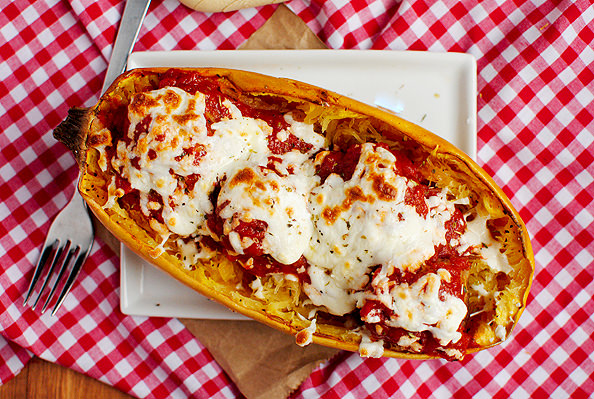 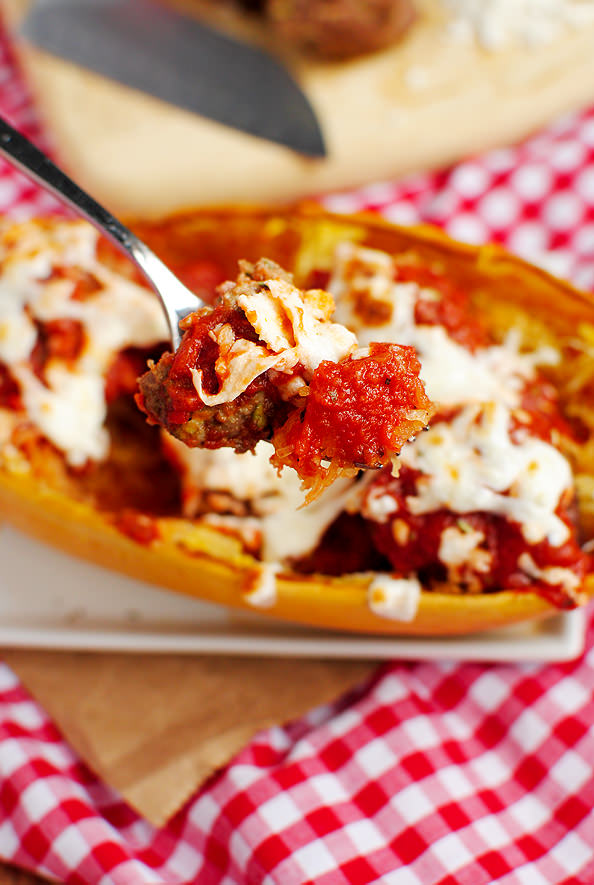 All is not lost, however, because even though spaghetti squash doesn’t have the same taste and texture as regular spaghetti noodles, it’s still delicious topped with hearty meatballs, rich marinara sauce, and a modest amount of melted mozzarella cheese on top, just like regular spaghetti & meatballs. Plus it can be served in its own shell. Whee! 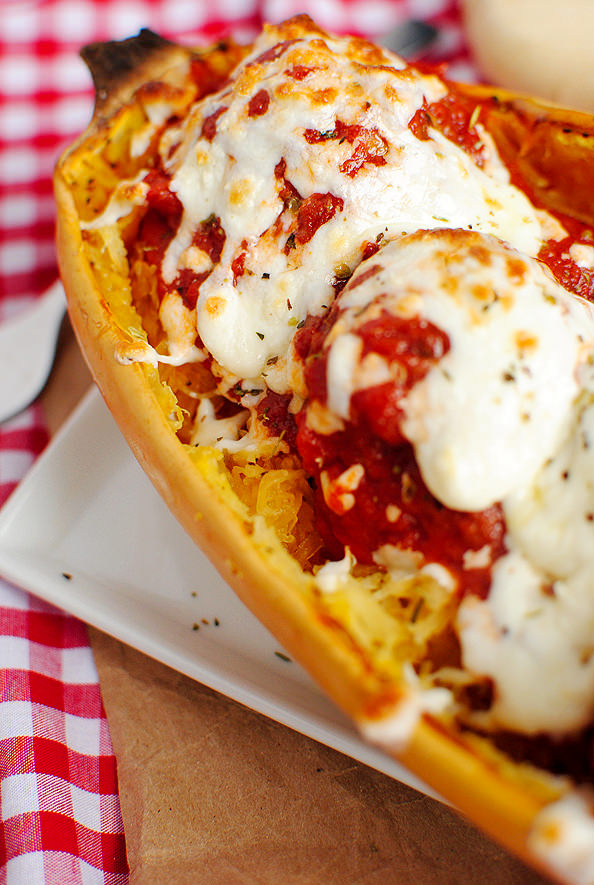 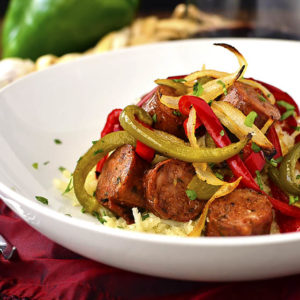 Start with 2 medium-sized spaghetti squash, which will serve four people. Look for spaghetti squash that are free from soft spots and are heavy for their size. A few scuff marks on the outside are fine, but we’re looking for relatively smooth skin here (hey, aren’t we all?) 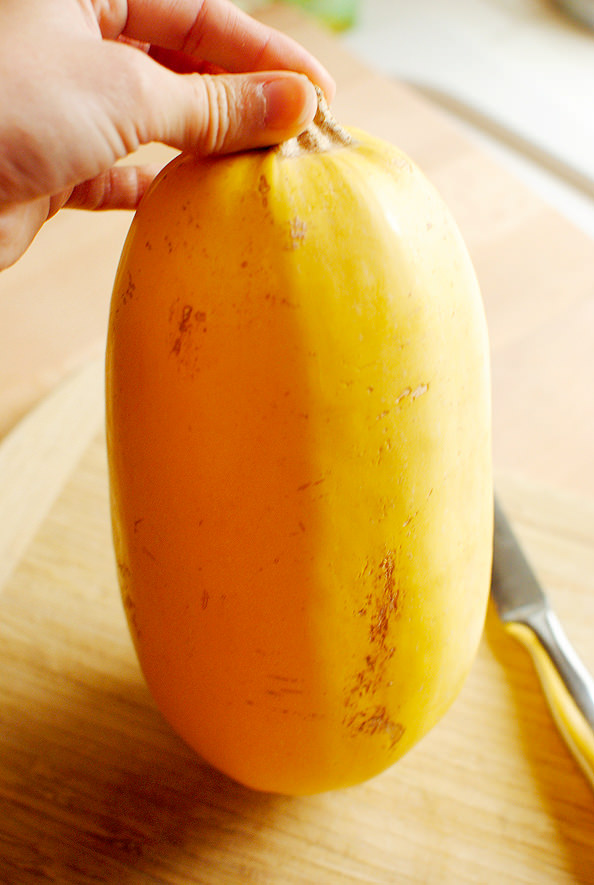 Using a sharp paring knife, pierce the squash 5 or 6 times around the center, then microwave on a plate for 3 minutes, flipping halfway through. 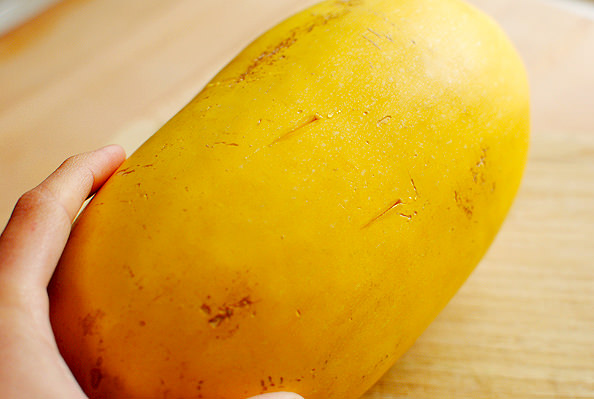 Spaghetti squash is a harder-skinned squash, so the time in the microwave will help you cut the squash in half lengthwise with a super sharp knife. 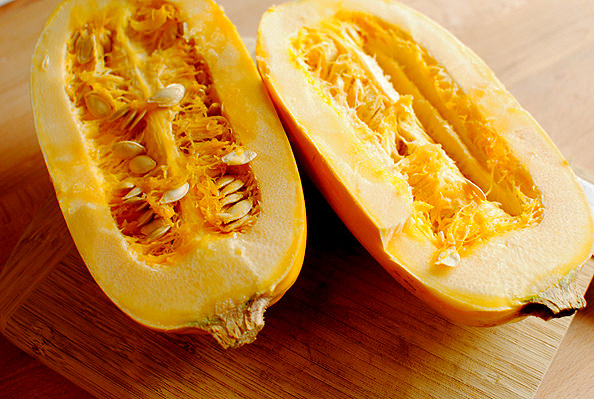 Remove the seeds with a spoon then place the squash halves cut side up on a foil-lined and non stick-sprayed baking sheet, brush the flesh with olive oil, season liberally with salt & pepper, then roast at 400 degrees for 50-60 minutes, or until a knife inserted into the thickest part of the squash goes in easily.

Now comes the fun part. :) Let the squash rest for 10 minutes, until it’s cool enough to handle, then use a fork to start scrapin’! Every which way, in all directions, to loosen up the spaghetti-like strands of squash. Since the skin is pretty thick and hard, you can really get after it without being afraid that the shell will collapse.

Once the strands have been freed and fluffed, top ’em with 4 meatballs. You can use pre-made or homemade meatballs – just make sure they’re cooked and hot. I made a batch of my Sneaky Meatballs using 90/10 beef instead of turkey while the squash was roasting.

Pop the stuffed squash halves under the broiler until the cheese is golden brown & bubbly, then you are fine to dine! 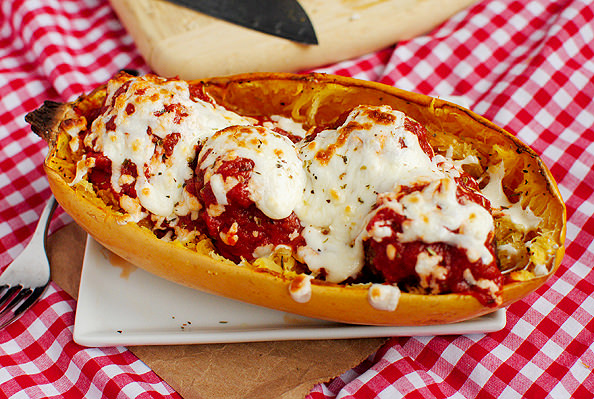 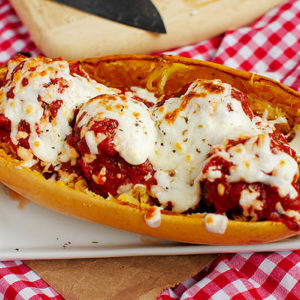 Low-Carb Spaghetti Squash & Meatballs is a delicious, low-carb recipe to enjoy whether you're watching your carb intake or not! 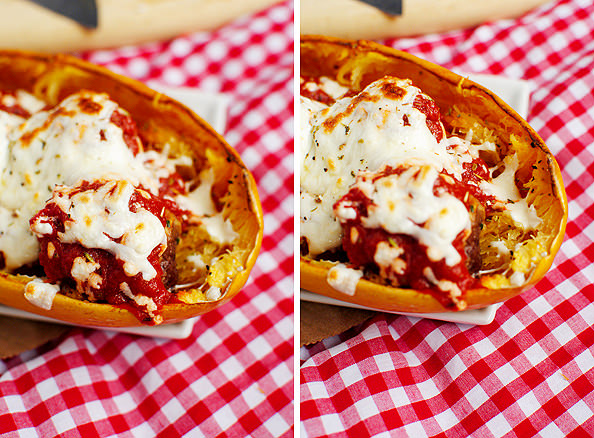 Where spaghetti is soft and chewy, spaghetti squash is crisp-tender and mild in flavor. That said, it still tastes incredible under yummy meatballs (healthy meatballs, I might add!) bright marinara sauce, and melty mozzarella cheese. 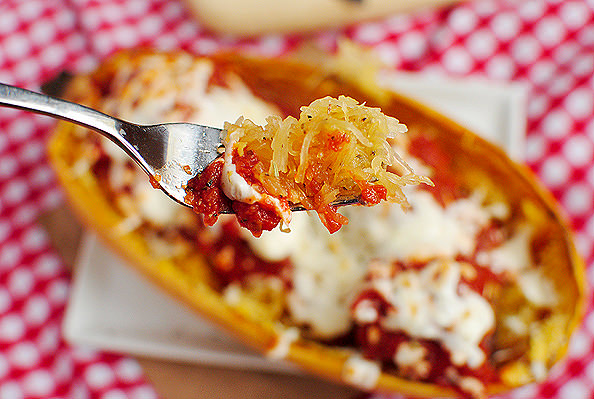 I also really like using spaghetti squash in this way because many recipes will have you drowning the strands in butter or oil, which, hello, tastes amazing, but kind of defeats the purpose of enjoying a low-cal food like spaghetti squash. If you’ve been hesitant to give spaghetti squash a try, I highly recommend this recipe as your inaugural attempt! 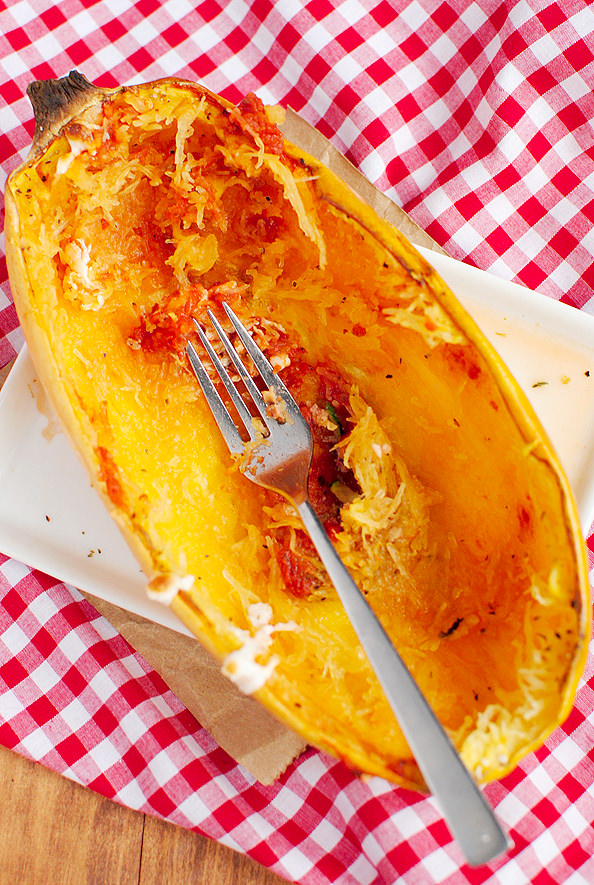