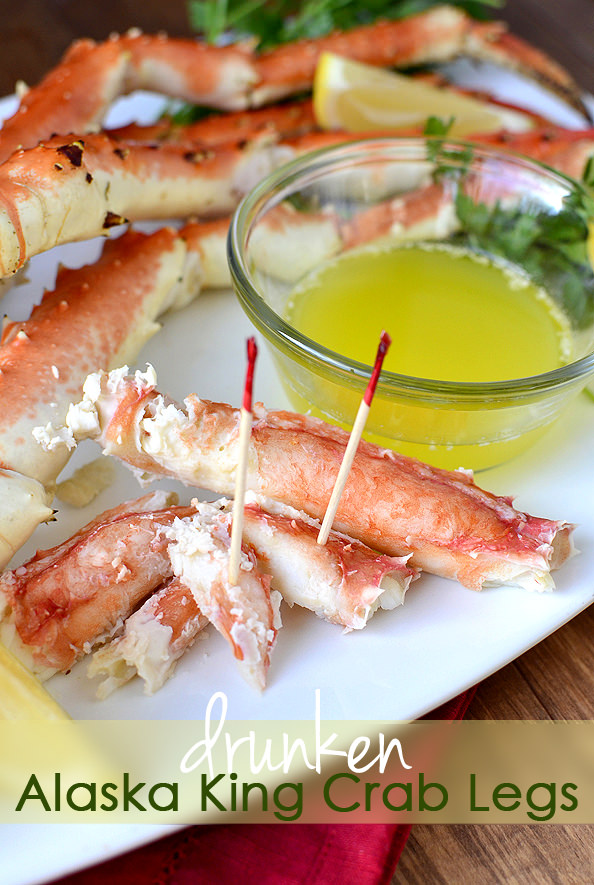 Let’s talk about recipe deal breakers, shall we?

For me, if I come across a dish that calls for bell peppers, cooked carrots, and/or mushrooms, I have to think long and hard about whether or not I have the energy to figure out a way to modify it. I know. Anything that requires infusing (who has the time,) and deep frying (I just…can’t) also tops the list.

Growing up in the Midwest we didn’t eat a lot of seafood for supper. Shrimp and tilapia were about as exotic as it got – and that was really only for special occasions. Now, over the years I’ve gotten comfortable preparing a variety of seafood but, until recently, Alaska King Crab Legs still topped the list of intimidating foods that I had no idea what to do with. Deal breaker!

Until my friend Laura started going bonkers for crab legs several years ago (she even has a crab sweater she wears on crab leg night!) and convinced me that not only are crab legs one of the most delicious seafood delicacies, but they literally take minutes to prepare – oh, and that I HAD to try making them at home. 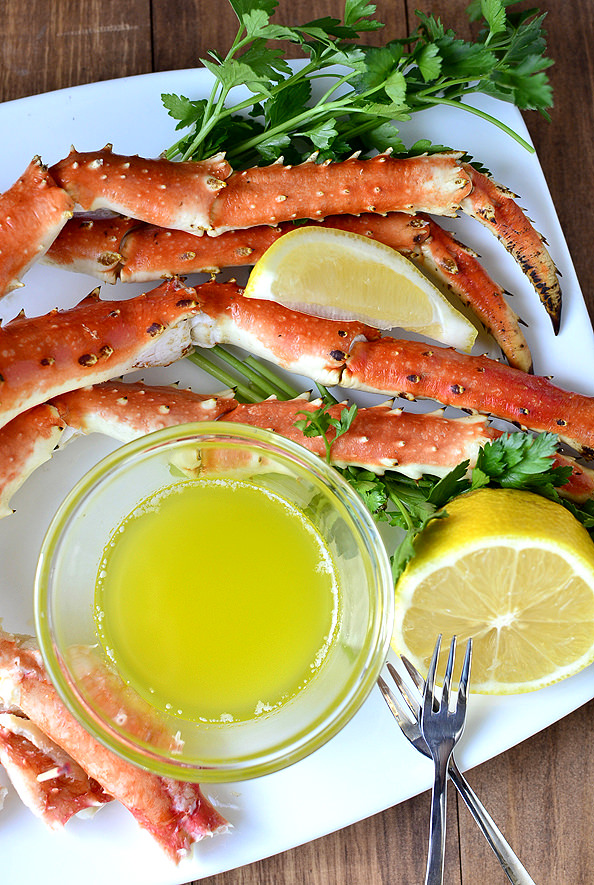 I was nervous the first time I bought the orange, spiny legs and wasn’t sure I was doing it right as I snipped up the smooth part of each piece to reveal the luscious meat inside. As I dropped the legs into a big pot of boiling beer, lemon, garlic, and seafood seasoning, I prayed they’d turn out ok. And guess what? They turned out better thank ok. Like, way, way, over the top better than ok. They were mouthwatering! Sweet, succulent and truly unlike any other seafood I’d ever had. Alaska King Crab Legs have been nixed from my deal breaker list ever since. 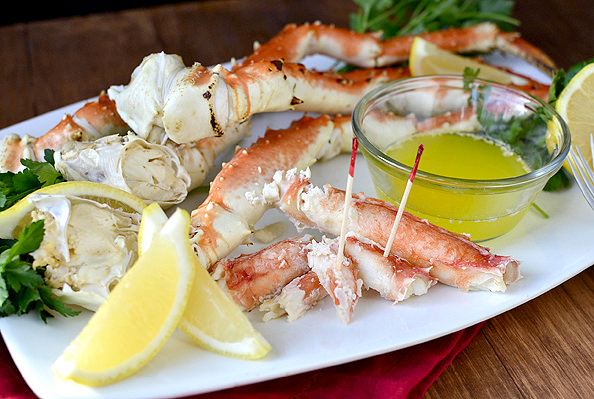 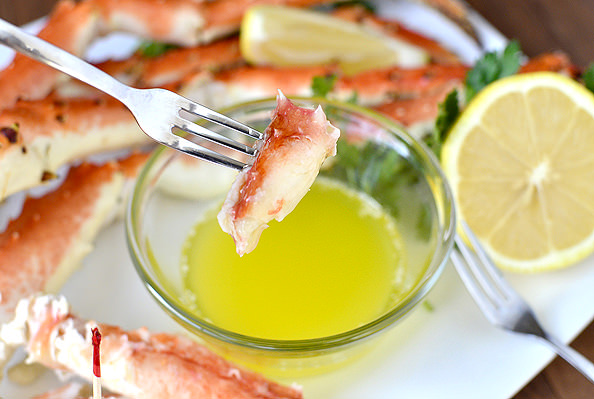 First thaw 3/4lb – 1lb Alaska King Crab Legs per person by placing them in the refrigerator the day before you want to eat ’em. The crab legs Hy-Vee or your local grocery store sells are already cooked and frozen so all you need to do after thawing is heat them up. 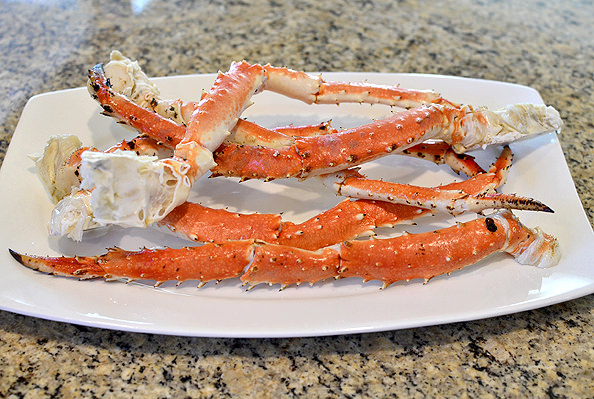 Once thawed, split the legs with kitchen shears which you can buy at Hy-Vee, Target, Williams & Sonoma, etc. Turn the crab legs over to reveal the smooth side of the shell, then tuck the blade inside the joint and snip. 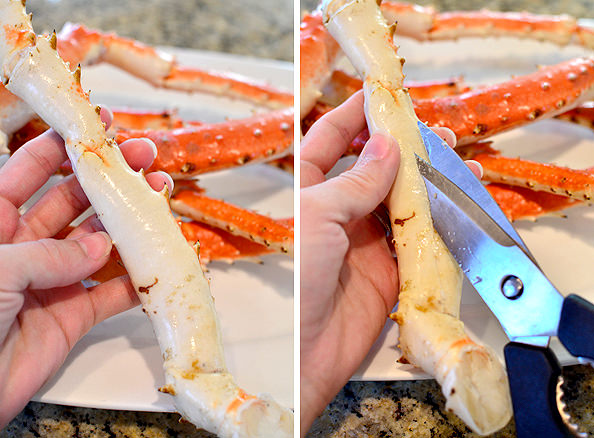 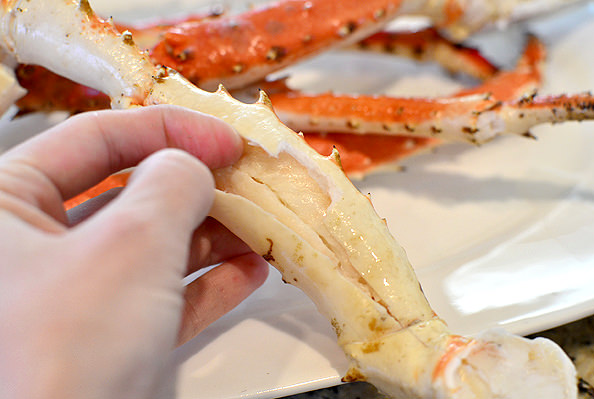 Tip: The legs have spines on the non-smooth side that aren’t really sharp-sharp, but if they bother your hands, nestle the leg in a kitchen towel and snip that way instead. 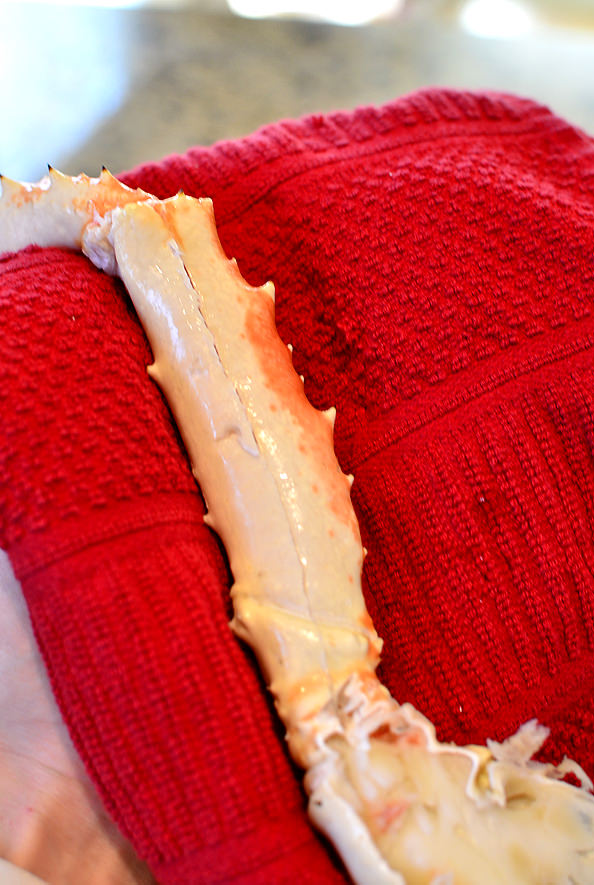 Next, get out the biggest pot you own. If you don’t have a pot that’s big enough to hold the legs standing upright, just break or chop them in half. To the pot add 3 beers – gluten-free or regular – plus 3 lemons that have been cut in half, 1 large head of garlic cut in half, and 2 teaspoons Old Bay seasoning. I am a huge fan of garlic and lemon with seafood. It’s a combo you just can’t go wrong with. 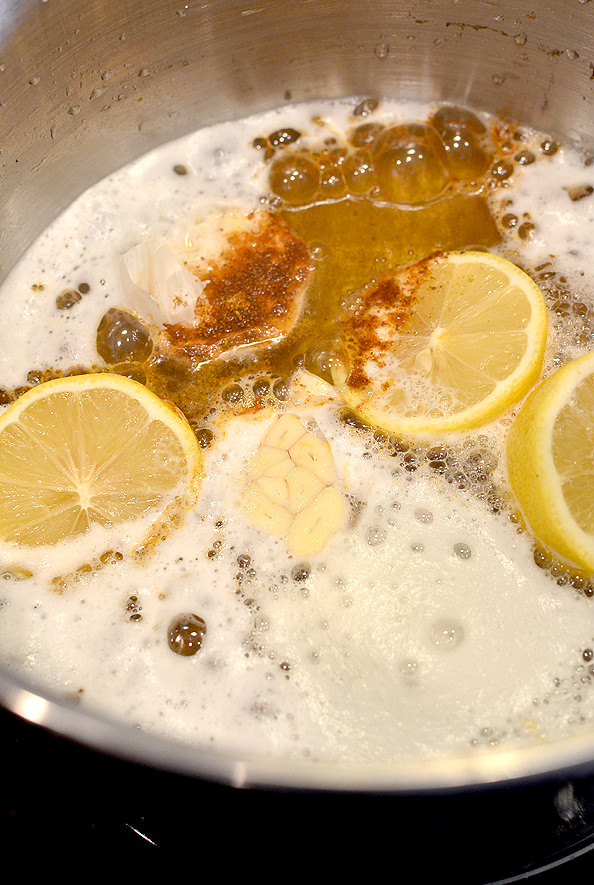 Bring the mixture to a boil then add the thawed crab legs, big knuckle side down, and place a lid on top. Four minutes later they’re done. Seriously! 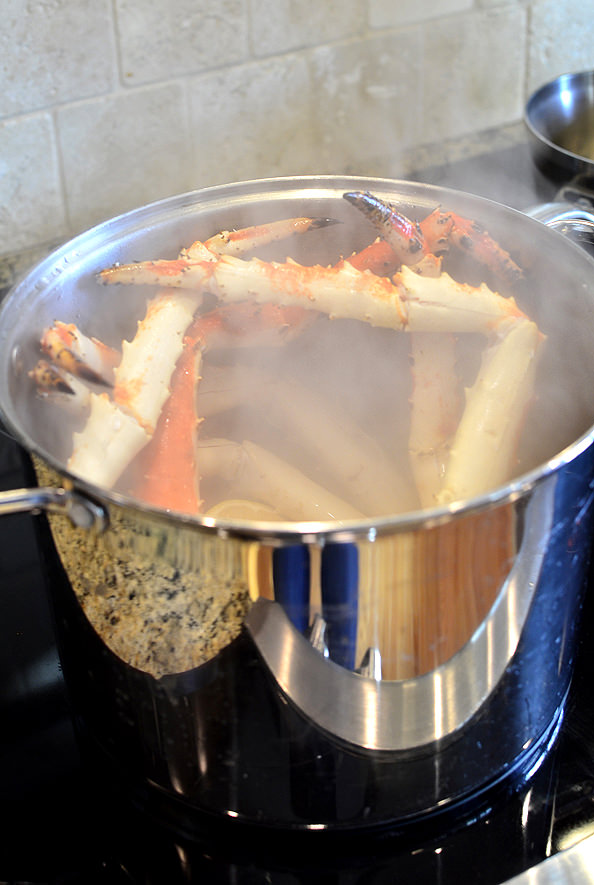 Use tongs to transfer the legs to a platter then let them cool for a few minutes before peeling back the shell to get to the yummy meat inside. 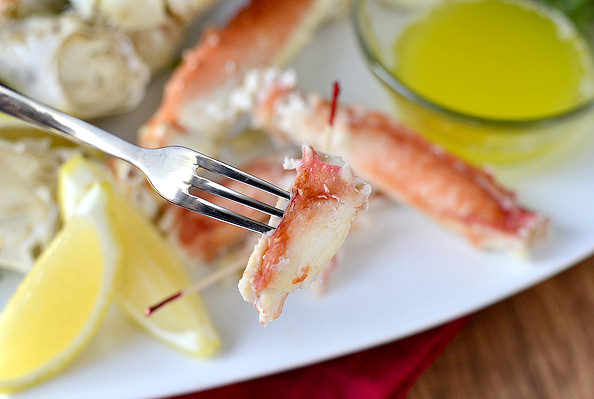 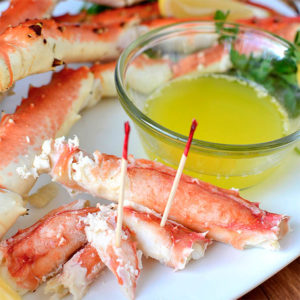 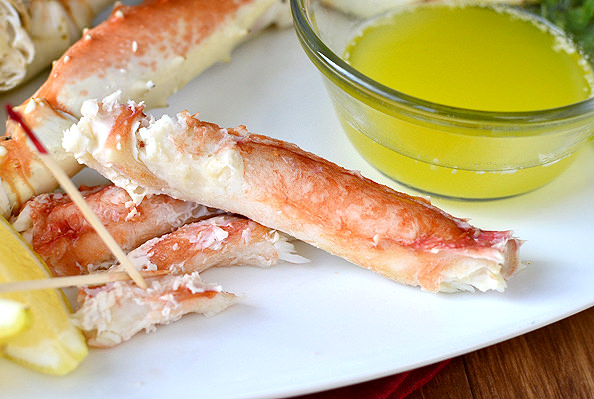 The best way to enjoy the big hunks of meat is with a spritz of fresh lemon juice or dunked in melted butter. Just a dab’ll do ya’. If you aren’t yet, be prepared to become obsessed with Alaska King Crab Legs after this experience! 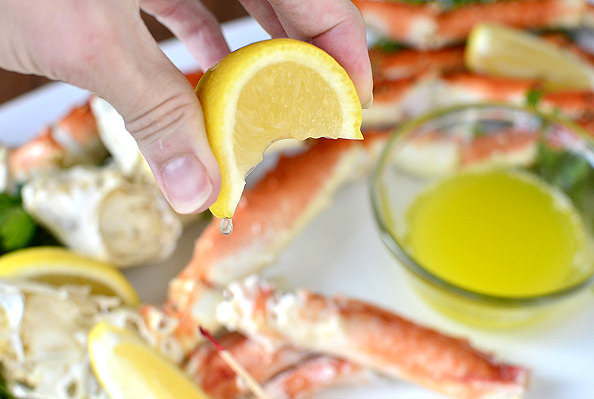 Check out our first cooking video below featuring Alaska King Crab Legs with 3 Dipping Sauces and a demo of how to snip the crab legs. CLICK HERE or watch below!