If you couldn’t already tell, I cooked on live television and lived to tell the tale! Whee! I’m still a little giggly thinking about it! 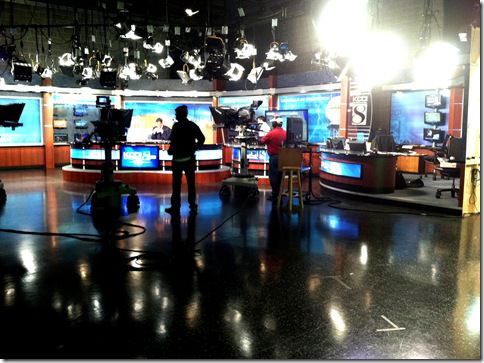 Ben, my trusty husband/the birthday boy, and I woke up in the wee hours of the morning to be at the news station in enough time to film our first segment at 5:40am. I think we were both so wired that we didn’t even feel tired, despite a 3:30am wake up call!

(sorry for the blurry iPhone photos!) 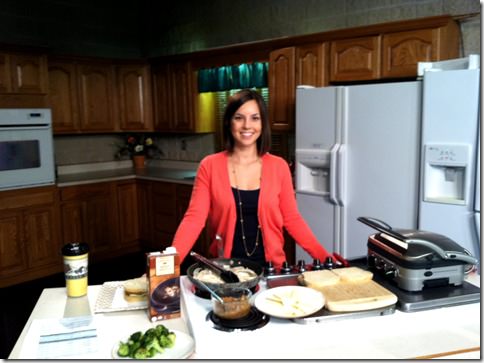 Ok, maybe Ben was a wee bit sleepy, but God bless his supportive little heart for being there for me anyways. I really needed him to calm my nerves. :) 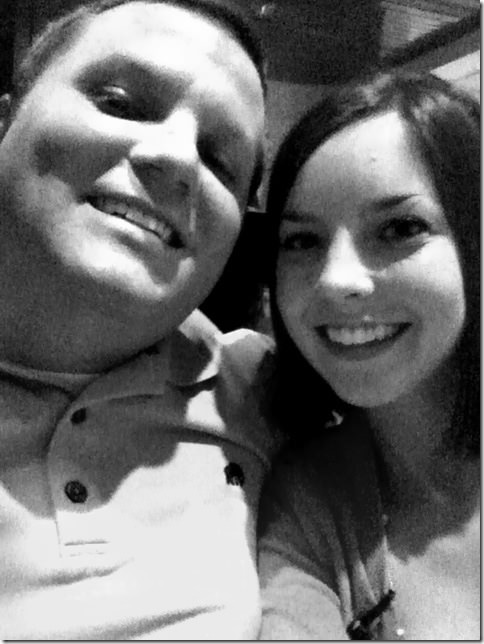 The news room was already buzzing with news, weather and traffic reports by the time we arrived, so we setup shop in the studio kitchen as quickly and quietly as we could. I laid out all the ingredients, pots and pans necessary to whip up my French Onion Soup Sandwiches on air. 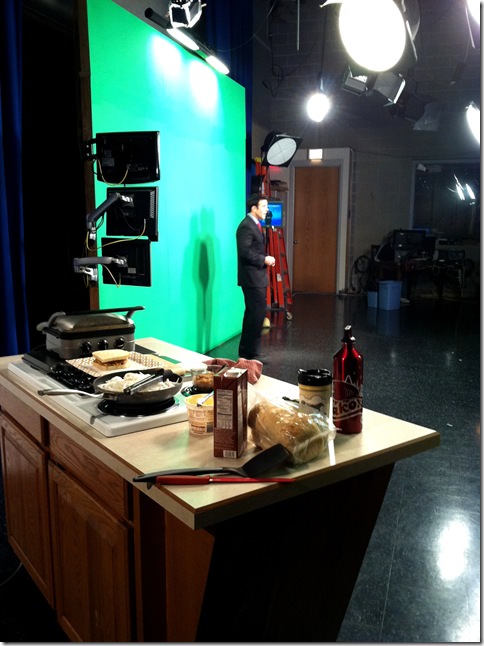 When there was nothing left to prep, I looked up at the clock and there it was – 5:40am. Show time. GULP. I started stirring my skillet full of caramelizing onions, and took a deep breath… 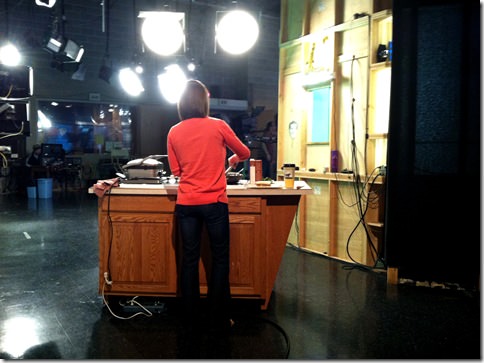 Mmmkay, the 5:40 run didn’t go so hot…! The 1:20 minute intro video that was supposed to run before the live segment accidentally cut out, and all of the sudden there was a giant camera with a blinking red light in my face. Ready or not, it was GO time and we were on LIVE! AHH! 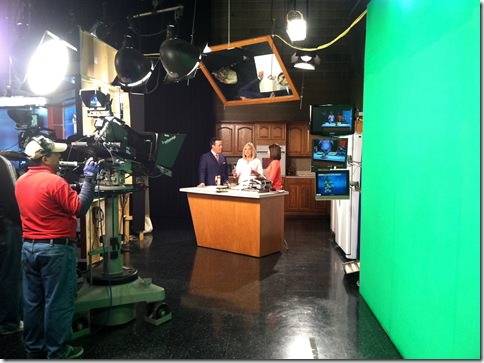 Ben was watching from inside the control room, and when the video unexpectedly stopped playing he said the controllers, who have probably seen it all, very calmly adapted to the situation. 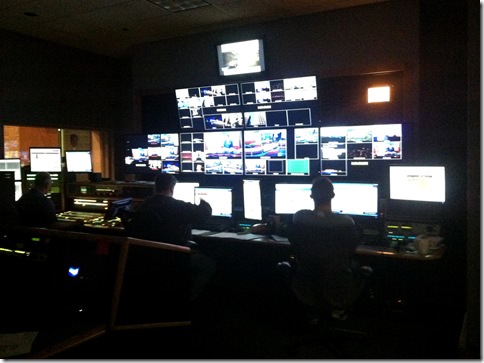 I’m so glad we had the 5:40 segment to “practice” on though, because I felt a million times more prepared to repeat the segment for a second time at 6:40am.

The second time around, the intro video played without a hitch and, although the sandwich didn’t make it to the plate because we ran out of time (I felt like Bobby Flay was going to jump out at any moment and scream at me for not managing my time well, a la The Next Food Network Star!) I tried my very hardest. :)

I think most people are pretty critical of themselves when watching something they’ve done on tape or tv, so I’ll spare you what I thought, but I will say this – you’ve got to start somewhere!! 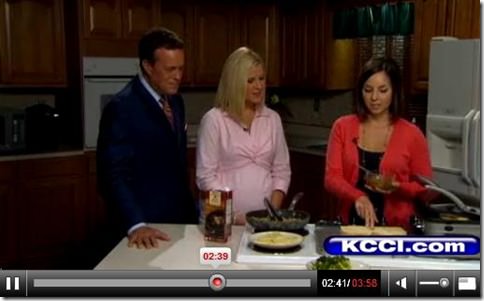 A million and one thank you’s to Katie Ward and Steve Karlin for giving me this amazing, unforgettable opportunity and experience I will not soon forget. And thank you to everyone who left sweet notes on Twitter & Facebook today. You are all so thoughtful! :) 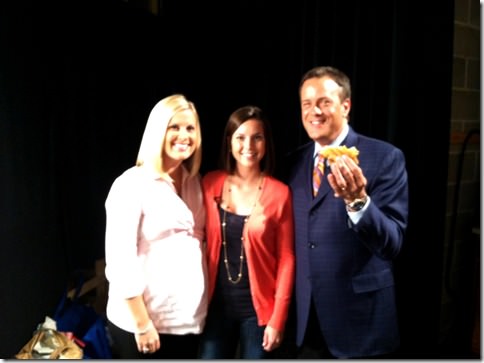