A couple months ago I found myself alone with an hour to shop at Costco while the tire center replaced my car’s tires (is there anything Costco doesn’t do/sell? I have long maintained that if they had a wine bar inside I’d shop nowhere else.)

Anyway, a WHOLE HOUR to shop by myself at Costco! I leisurely wandered through every aisle and, while I was able to walk away from a super cute luggage set (kind of have reverse buyers remorse about that,) a double pack of jarred alfredo sauce somehow made it into my cart.

Now, I’ve bought alfredo sauce maybe two other times in my life, but a double pack of giant jars on a random Tuesday afternoon? Apparently couldn’t leave without it.

The alfredo sauce jars had been sitting untouched in the pantry until inspiration recently struck: I’d jazz up spaghetti night by pairing it with marinara sauce and cooked pasta. The resulting Pink Sauce Pasta was one of the most delicious and easy pasta recipes to EVER come out of my kitchen! What is Pink Sauce Pasta?

Pink Sauce Pasta is cooked pasta tossed with equal parts red marinara sauce and white alfredo sauce which combine to make – you got it – a pink-hued sauce. Again, as simple as the combination sounds, it is mind blowingly delicious. I’m sort of wondering how I’m ever supposed to go back to eating pasta with plain ol’ marinara sauce? Each bite tastes like you’re eating cheese ravioli – you will lick your plate clean!

Initially I thought I’d invented this brilliant combo with my brilliant mind, but Ben was quick to inform me that it’s actually very common and sometimes called Pasta Rose or Parma Rosa. 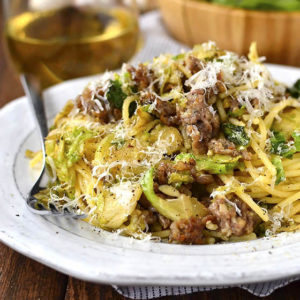 Well I’m at least claiming upgrade because upon further inspection, many Pink Sauce Pasta recipes instruct you to make a homemade white sauce using heavy cream or cream cheese, which is completely lovely, but my shortcut, 3 ingredient version will be on the table in 10 minutes using just 1 pot. Dinner. Made. EASY!

Pink Sauce Pasta is a “non recipe” type of recipe so I’m not even including ingredient amounts in the recipe card below. Don’t over think this! Here’s what you’ll need:

What to Serve with Pink Sauce Pasta

I think the decadence of the alfredo sauce makes this dish wholly satisfying on its own but if you want to bulk up your bowl of pasta, try adding these proteins on top:

Ok, you’re not going to believe this until you eat it, so let’s get to it! 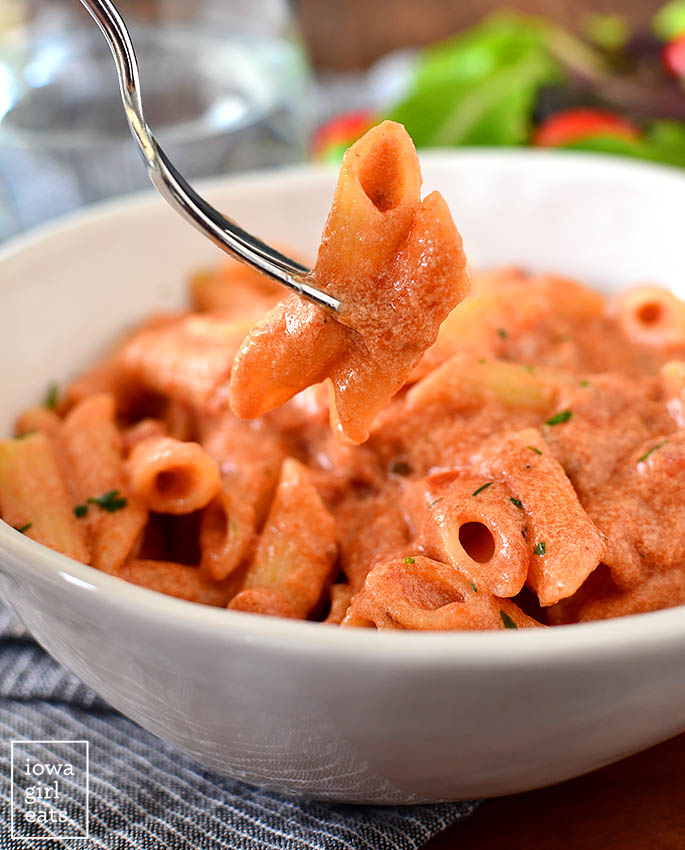 How to Make Pink Sauce Pasta

Start by cooking gluten free pasta, or regular pasta if you don’t need to eat GF, in boiling water until al dente. Like I said, I like penne because the pink sauce clings to every nook and cranny but any pasta shape you’ve got on hand will work. That’s all she wrote – BEYOND simple, right?! Although I usually serve spaghetti with a moderate amount of marinara sauce, you are going to want your pasta swimming in pink sauce. It’s absolutely luscious. I hope you love this fabulous yet easy twist on pasta night – enjoy!