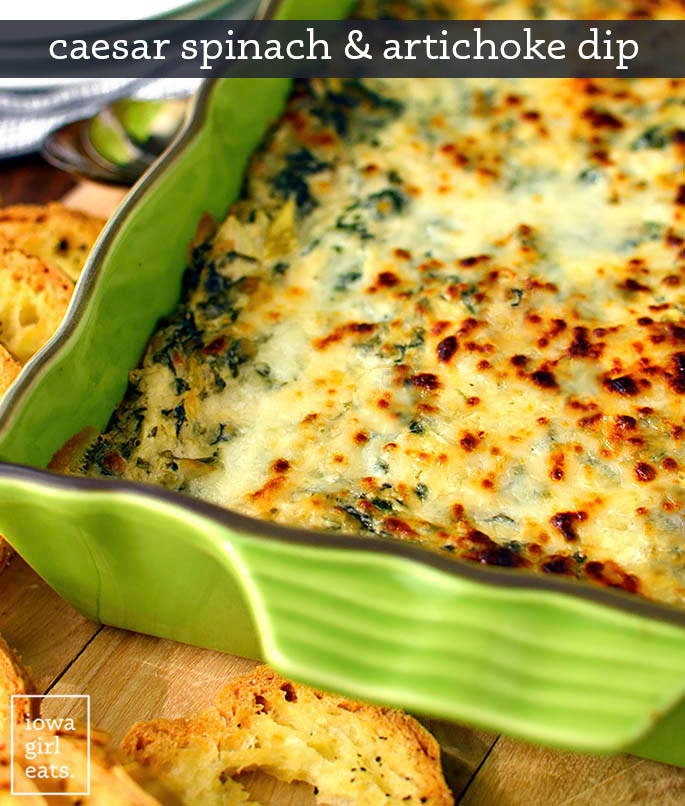 Last week Ben and I went to see Something Rotten at the Civic Center. The only thing rotten was our moods when the lights turned on at the end — it was one of the best shows we’ve seed, and we didn’t want it to end!

The story is set in 16th century England – SWOON (well, minus the part about you know, the plague). Two playwrights are determined to outshine William Shakespeare by inventing…musicals! The show was filled with songs that I’m still humming days later, and the acting was terrific. If you ever get the chance to see this show – definitely take it.

After returning home Ben and I had a night cap of cheese and crackers before hitting the hay. I sliced up a hunk of smoked bourbon gouda I’d bought a few days earlier but, despite having high hopes for it, the flavor was anything but good-a. (Where’s my drum set.) Maybe certain flavors are better left separate but that certainly doesn’t apply to the combo I’m sharing today – Caesar Spinach and Artichoke Dip, aka your new go-to dip recipe! 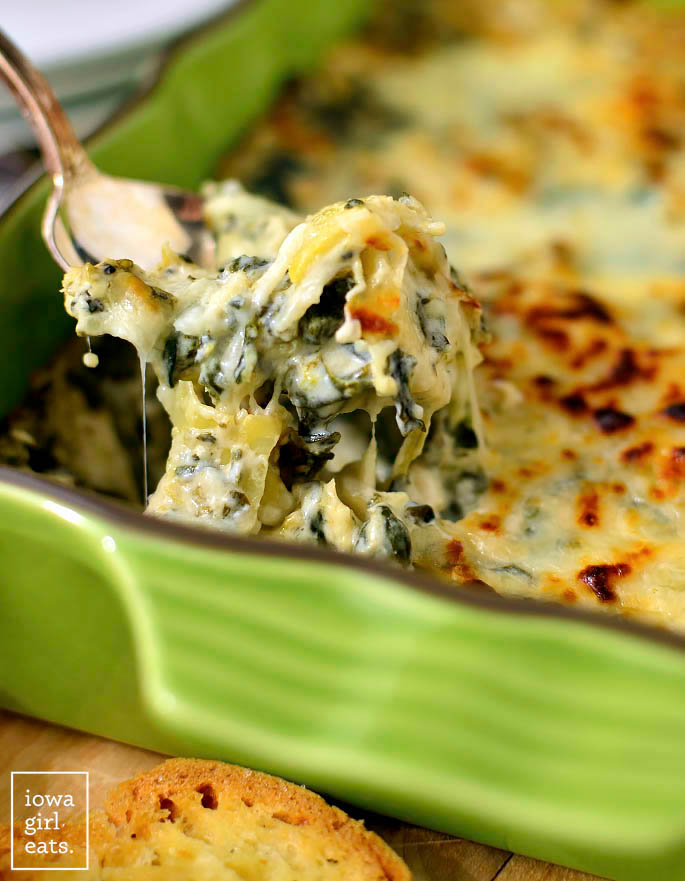 This cheesy, hearty, totally irresistable dip knows no particular serving season. Set out while watching a football game, during a holiday party, as a Thanksgiving appetizer, or simply to pair with crackers, crudite, and a glass of wine in front of a crackling fire. Find any excuse in the book to get this dang dip on the table pronto – you’re going to INHALE it.

Thick, cheesy, hearty, EASY – you can do this. I take that back, you NEED to do this!

Mix to combine then fold in shredded mozzarella cheese and scoop the dip into a 2 quart baking dish. 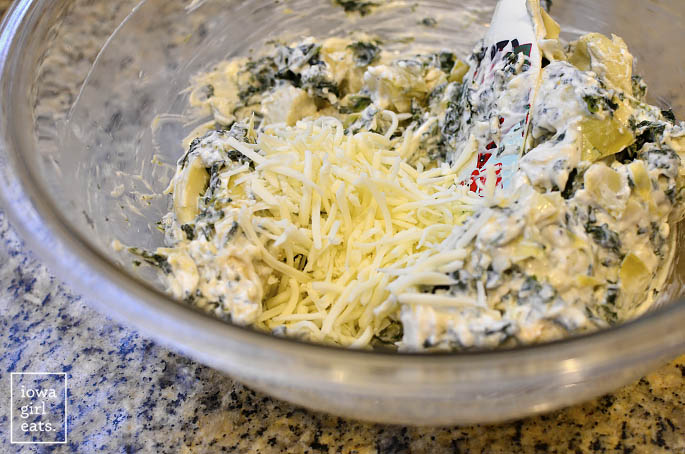 Top with more shredded cheese then cover and bake for 20 minutes at 400 degrees. Uncover and bake for 7-10 additional minutes, or until the cheese is golden brown and bubbly. Serve with gluten-free crostini (recipe below,) tortilla chips, crackers or crudite – then go. to. TOWN!! I hope you love this incredible dip mashup – enjoy!