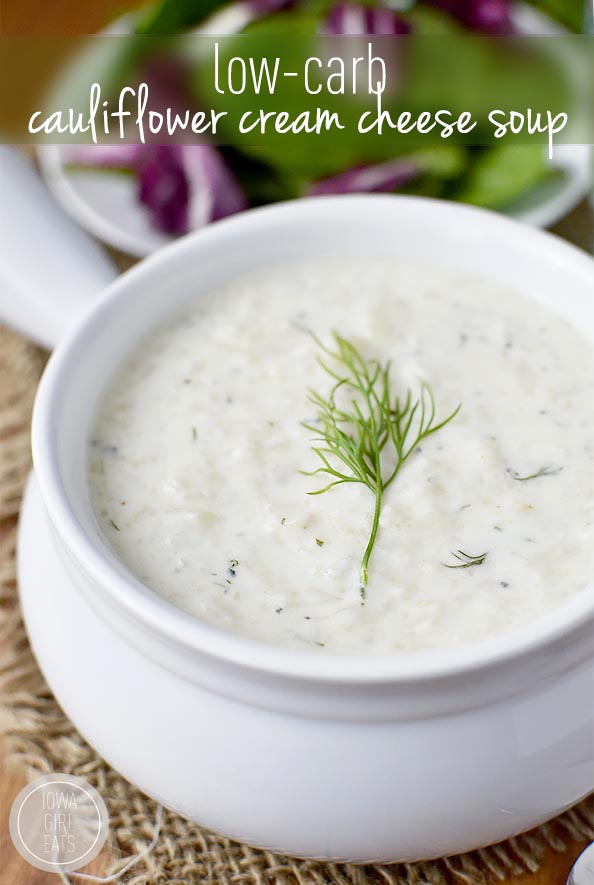 I feel like cauliflower is really having a moment right now. Like Missy Elliott at the Super Bowl, it’s cauliflower’s time to shine!

Speaking of, Ben’s little brother was watching the big game with us last Sunday when Ms. Misdemeanor (am I really going here?) popped out and Ben and I started going nuts. We were rapping along and he was like, yeah I was 10 years old when Work It came out. I almost spit out my cabernet. Then the next day Buzzfeed published a post featuring all the tweets and Instagrams from the youngins saying “Katy Perry’s going to make this Missy Elliott chick blow up!!” and “I just had to Google Missy Elliott.” EXCUSE ME?! Kids these days.

Anyway, like I mentioned, the foodie world is abuzz with predictions that 2015 will be cauliflower’s big year…which kind of makes me giggle because it’s been around for hundreds of years, but, I get it. I love cauliflower too! Whether it’s roasted (<– omg that post,) riced, or blended into creamy soups, it’s easy to see that cauliflower is one of the most versatile vegetables around and I’m glad it’s in the spotlight.

My Low-Carb Bacon-Cheddar Cauliflower Chowder is also having a moment here on the blog, thanks to a recent resurgence on Pinterest, so I thought I’d use cauliflower to replace potatoes in another one of my favorite soups – Low-Carb Cauliflower Cream Cheese Soup! 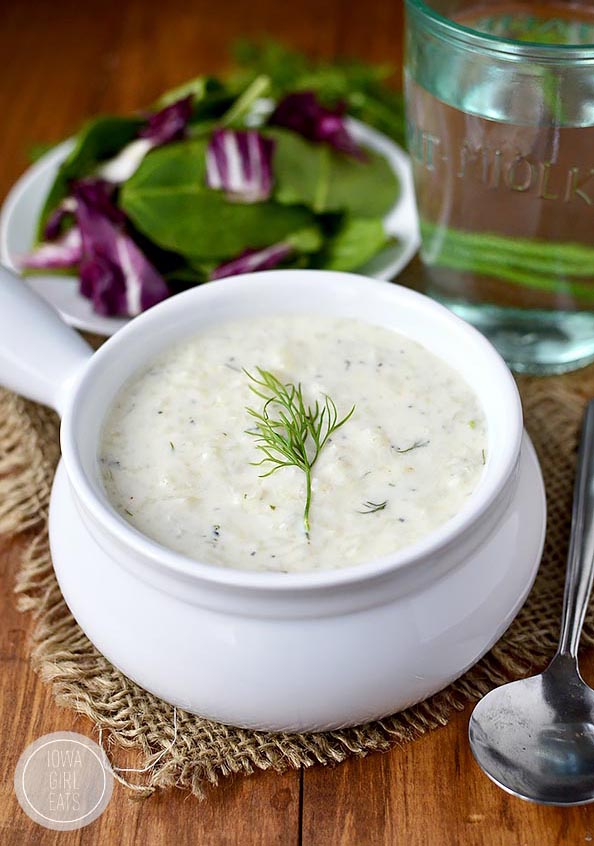 Raise your hand if you remember Panera’s Potato Cream Cheese Soup from back in the day? I had it for lunch probably three times a week with a side Greek Salad during my senior year of high school when You Pick Two’s were just $3.10 (can you EVEN?!) and eating at the school cafeteria was unthinkable. A thick and cheesy broth with creamy potatoes was all I ever wanted, all year round.

Unfortunately the soup was axed from the menu a few years later – I seriously remember shrieking nooo! when I found out while waiting in line to order – so I was more than happy to make it at home, and update the recipe to use grated cauliflower instead of potatoes to make it a little more waistline friendly at just 9 grams of carbs per bowl.

Low-Carb Cauliflower Cream Cheese Soup is grated cauliflower, which is kissing texture cousins to potatoes, that’s steamed with seasoned salt, feathery fresh dill, and pepper then simmered in gluten-free flour-thickened broth for a few minutes before being swirled with tangy cream cheese. If you loved the Potato Cream Cheese Soup from Panera, you will adore this low-carb version. The grated cauliflower is a perfect swap!

I don’t remember Panera’s version having dill in it but Ben picked up a package for the salmon he smoked last weekend so I threw some chopped into the pot and oh my gosh it is Heavenly. Super delicate tasting and brings life to each spoonful…which can stand straight up in this thick and hearty soup. :) Best of all? It’s ready in under 30 minutes making this a weeknight friendly recipe, too! 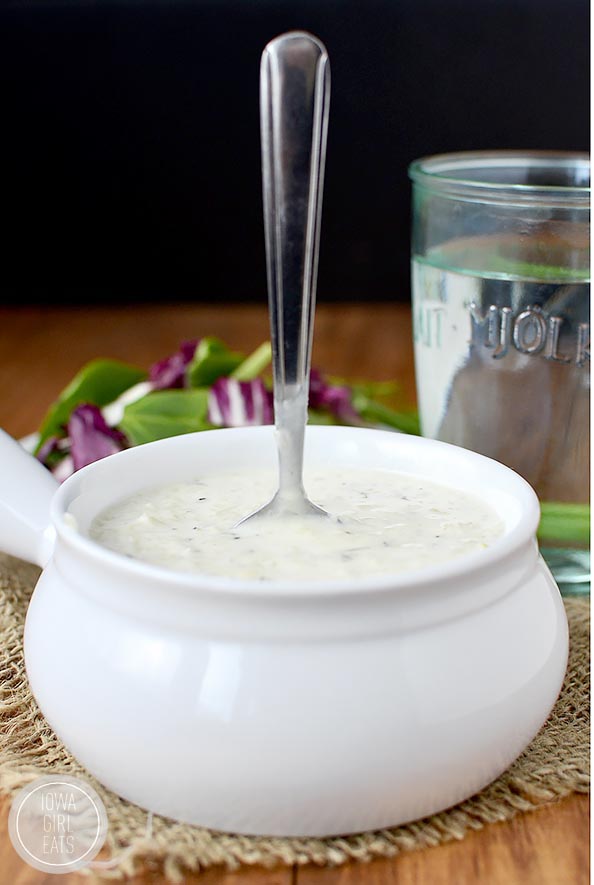 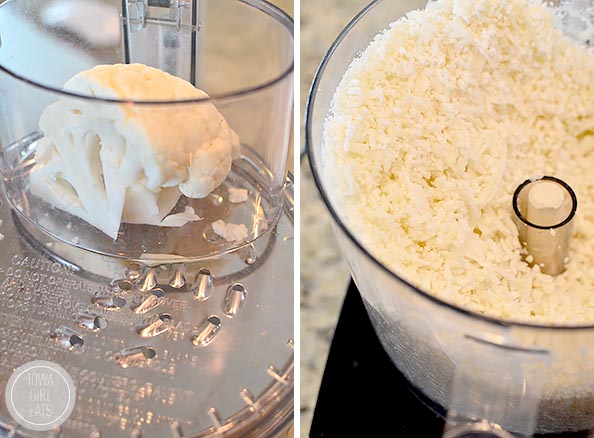 Next saute 1 small chopped shallot, or 1/4 small onion, and 3 minced garlic cloves in 2 Tablespoons butter in a soup pot over medium heat, until the shallots are just starting to turn tender, 3-4 minutes. Add the grated cauliflower plus 1 Tablespoon chopped fresh dill, 3/4 teaspoon seasoned salt (I used Lawrys which is MSG free – I know people have asked about that in the past,) and lots of pepper, then stir to evenly coat the cauliflower in butter. 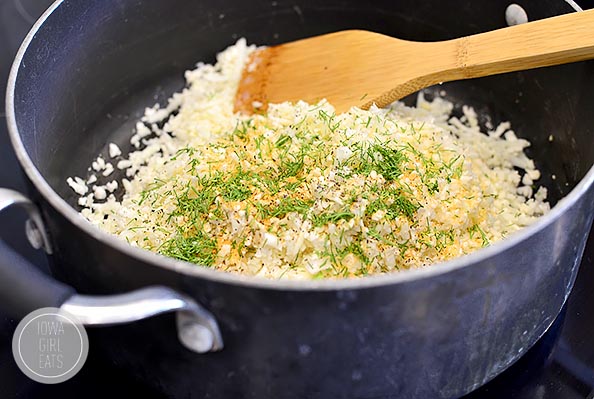 Pour in 2 Tablespoons water then place a lid on the pot and steam the cauliflower until it’s nice and tender, about 7 minutes, stirring once or twice. 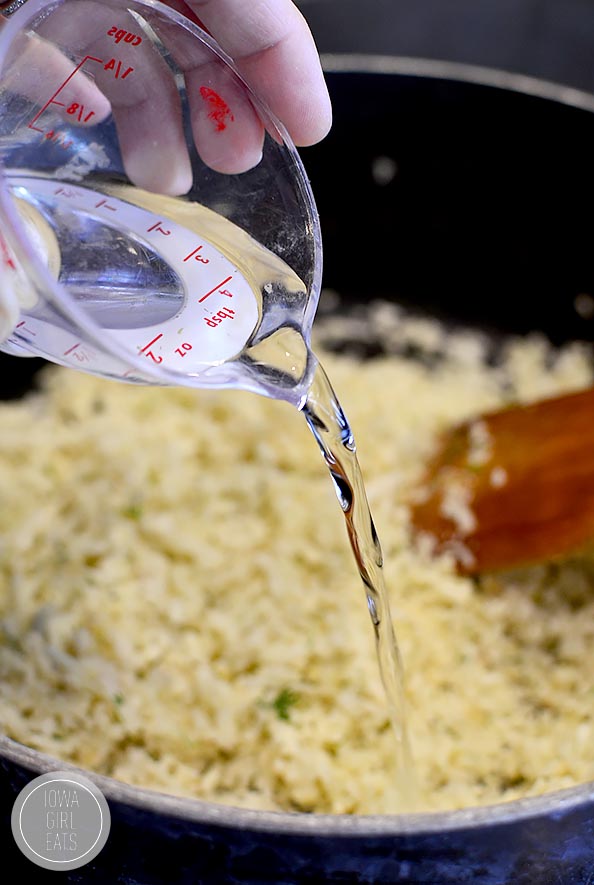 Pour in 2 cups milk (any kind – I used skim,) 1-1/2 cups chicken broth and more pepper, then turn the heat up to medium-high and bring the soup to a gentle bubble. Stream in 1/4 cup chicken broth whisked with 2 Tablespoons gluten-free or all-purpose flour (I like Bob’s Red Mill gluten-free White Rice Flour for thickening soups and sauces) then stir and simmer until the soup is slightly thickened, about 5 minutes. 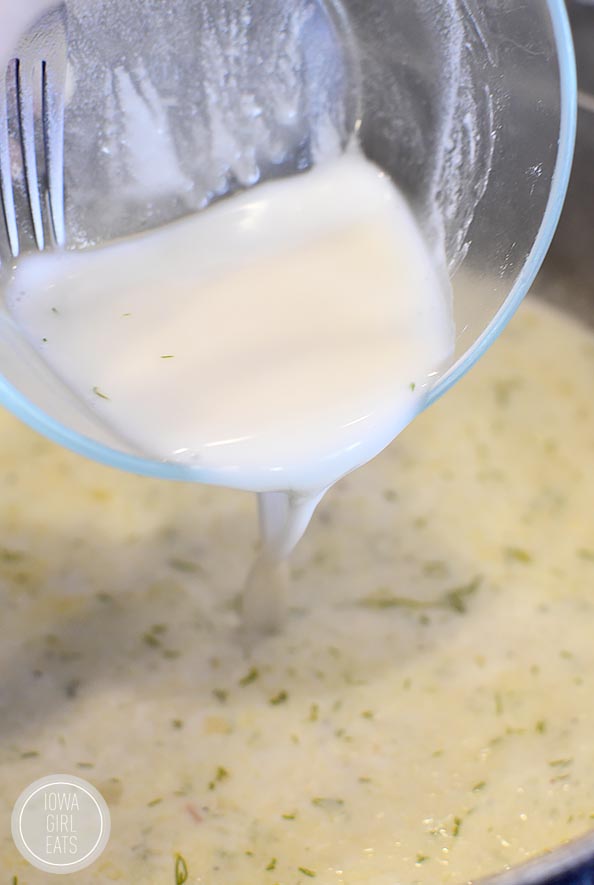 Taste and add salt and pepper if necessary then let the soup sit and thicken off the heat for 10 minutes. Ladle into bowls (how cute are these crocks I found at Pier 1?) then serve! 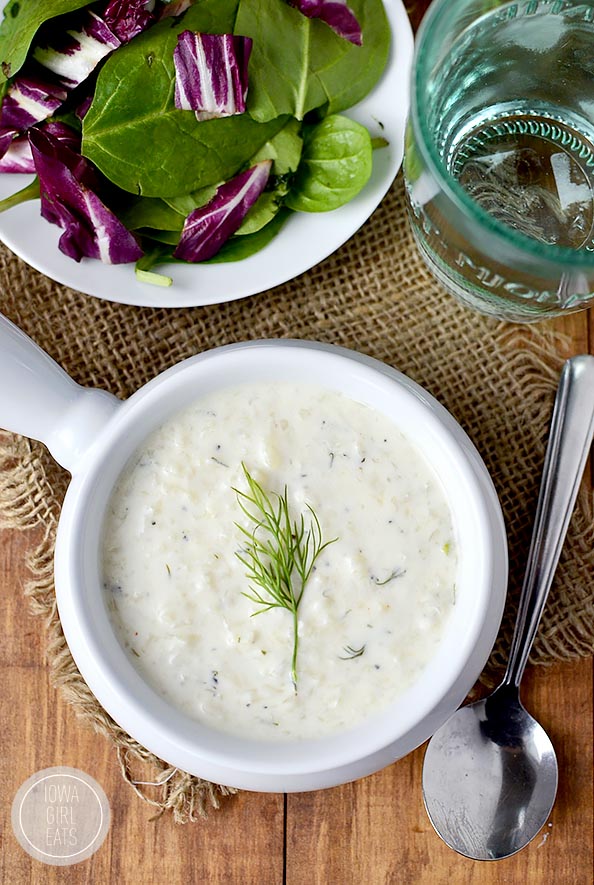 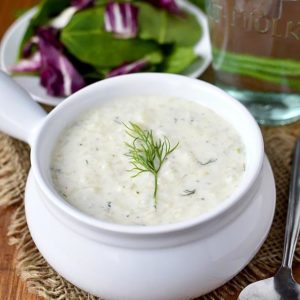 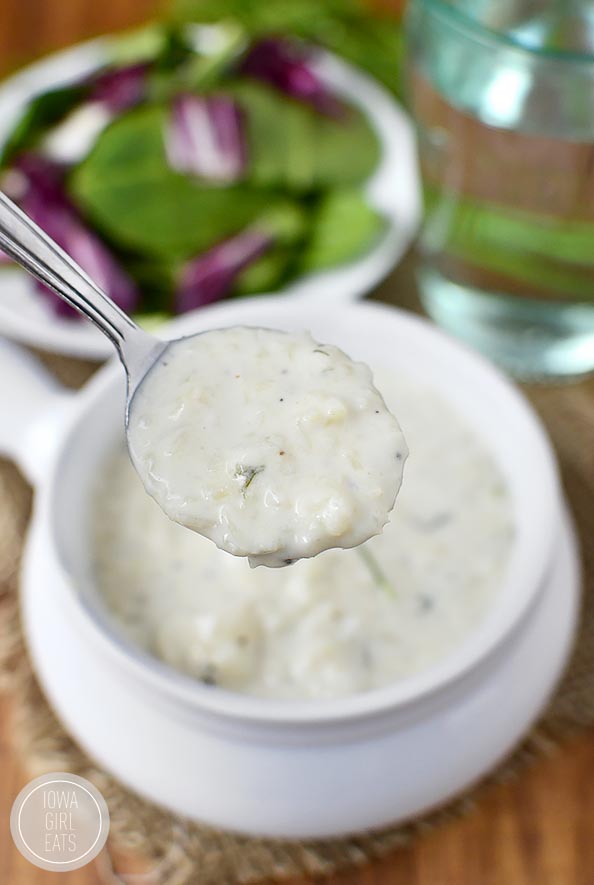