The fact that I missed last month’s update speaks volumes. What hasn’t been going on lately?! 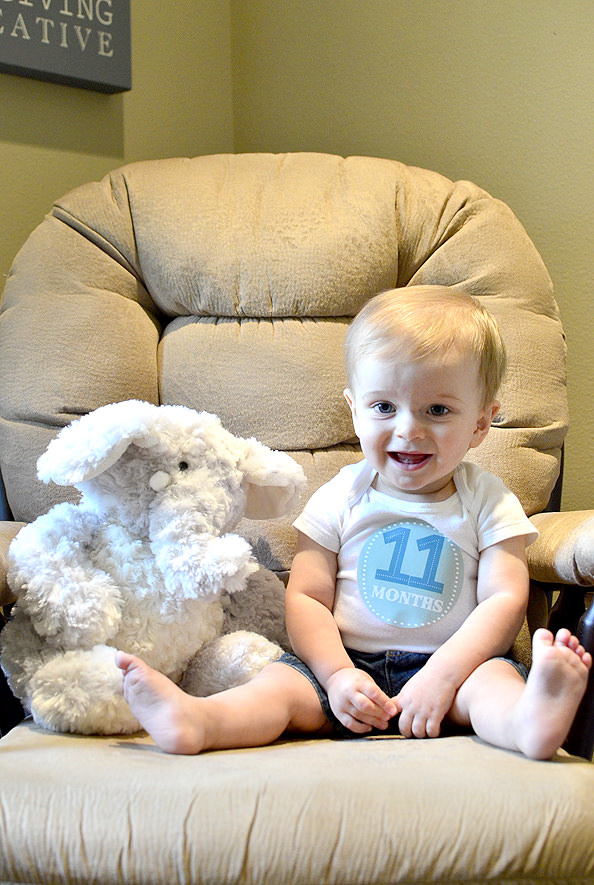 These past two months Lincoln’s been busier than ever between teething (finally!) crawling, standing, cruising, eating, dancing, waving, and hi-fiving. Oh, and being obsessed with dogs. More on that in a minute. Here’s what’s on My Mommy Mind this month! 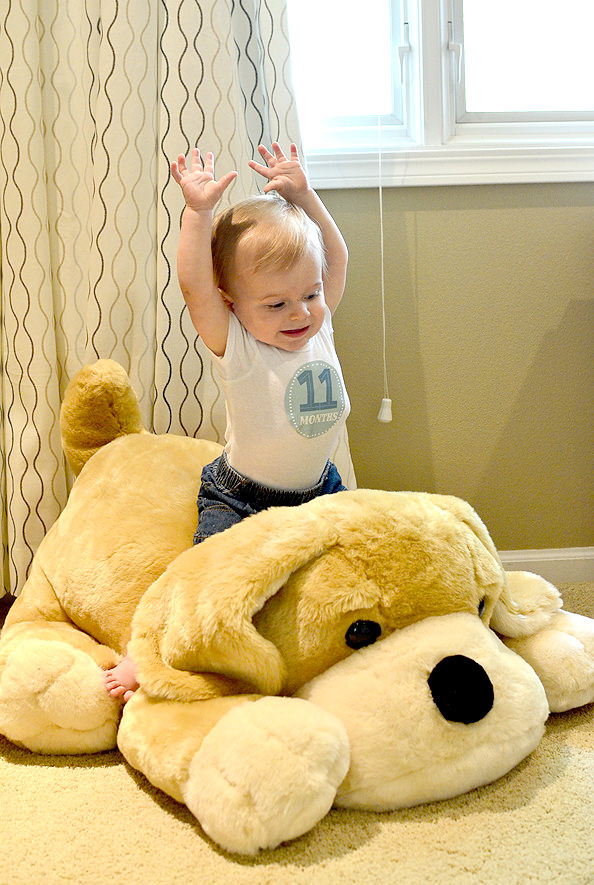 As a child who was interested in reading above anything else, I couldn’t be happier that Lincoln is showing real interest in books these days. Prior to 10 months, sitting down and reading wasn’t high on his list of priorities, with the exception of bedtime when there’s no other distractions. Now he loves turning pages and especially loves pulling flaps on peekaboo books. Don’t even get me started on books that have pictures of real animals, particularly puppies. He thinks they are hilarious.

While we’re on the topic, it’s strange to me that even babies at this age shows preference over seemingly-similar books. For instance, he has no patience for The Best Mouse Cookie but is obsessed with anything by Sandra Boynton (Pajama Time, anyone?) which are both small and illustrated. Riddle me that? 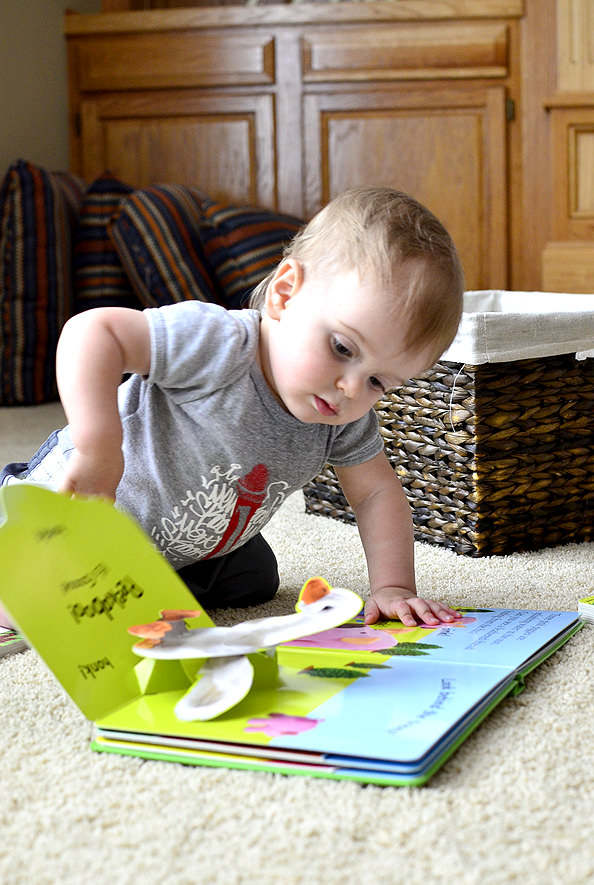 Want to know what I’m doing everyday at 9am? Crawling around our coffee table in circles. Over and over and over. That is to say, games like hide and seek and follow the leader are a couple of our favorite ways to play everyday. 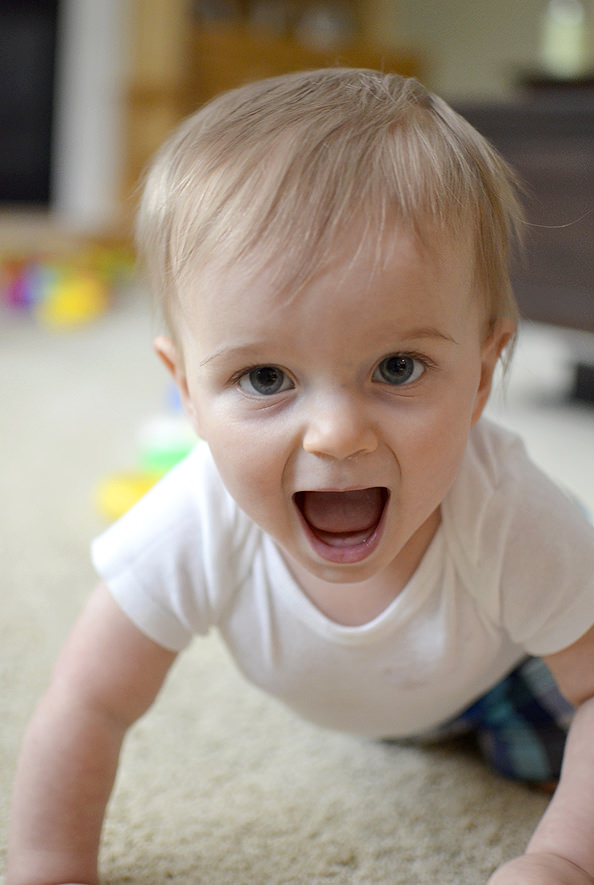 We’ve been hard at work learning tricks! High-fives, “so-big”, and waving hi and bye are now in his little repertoire of talents. Lincoln and I love sending Ben off to work in the morning with a wave and greeting him the same way in the evening coupled with a shriek of joy when his car pulls into the driveway. Lincoln gets real excited too. Kidding! Seriously though, he sure loves his Dada! 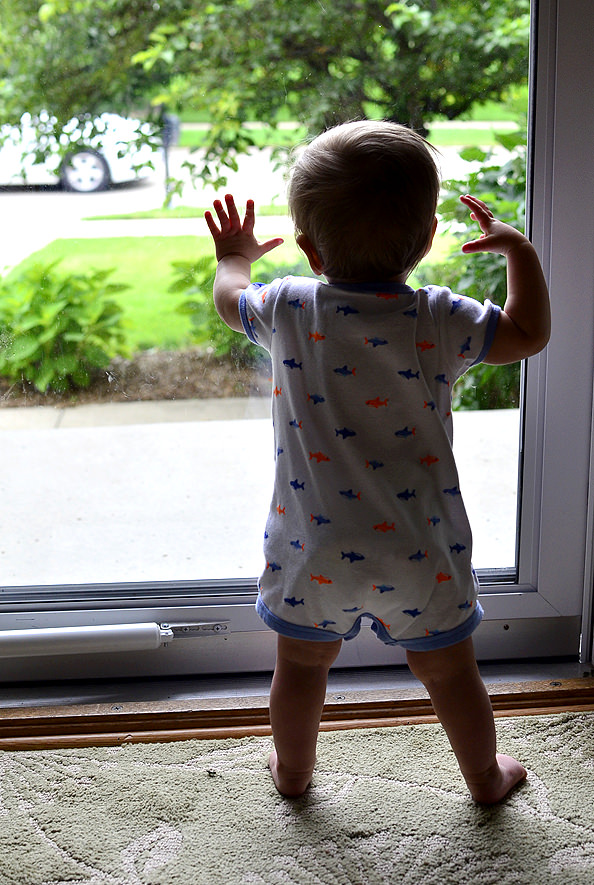 I’d heard 9-12 months is a clingy stage and boy we’re feelin’ it. Little man attaches himself to my leg like a koala and does NOT want me to leave his sights. I love feeling needed but it’s a stark difference from the independence he had from 6-8 months. It makes sense – he’s more aware of his surroundings than ever before.

One of my favorite parts of the night is when Lincoln gets a little bit silly. It’s not so fun when it happens at meal time, ahem, but just after is hilarious. Ben and I sit and watch him crack himself up. Which cracks us up! 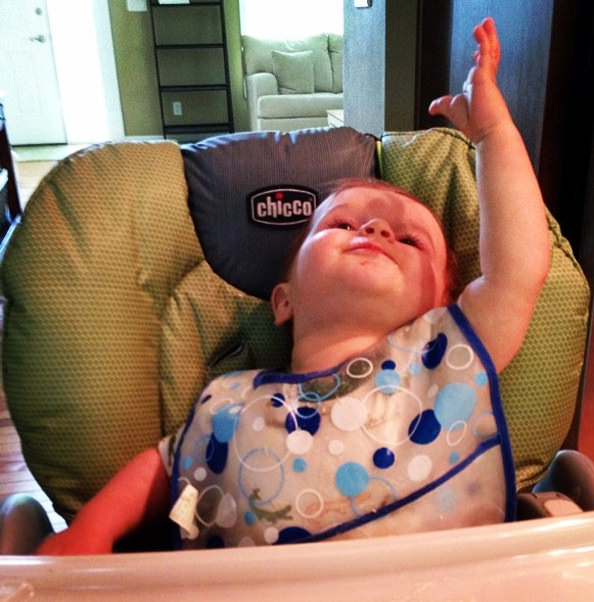 Speaking of mealtime, eating is going great. Despite his tiny size, homeboy must have a hollow leg or something because he really packs it in. We’ve had to cut him off a few times because he’d get a stomachache! Current faves include spaghetti, jam bread (bread misted with extra virgin olive oil and spread with a wee bit of jam,) peas, sweet potatoes, Cheerios (my God does that child love Cheerios,) lentil soup, black bean soup, deli turkey and chicken (I like Applegate Farms brand,) and ALL THE FRUIT.

I can’t wait to get clearance from my doc to feed him peanut butter. I asked a few months ago if I could start and she said she’d like to wait until he’s a year because treating a reaction on a 1 year old is easier than a 9 or 10 month old, which I understand. I know this is a hot button topic, and to each their own! 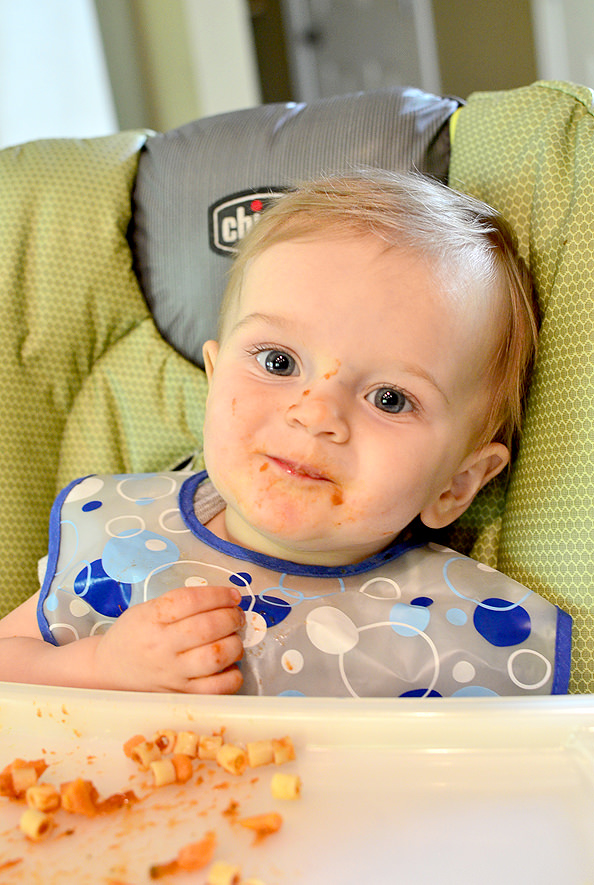 I’m having a hard time wrapping my mind around weaning in the next few months. I’m still nursing 4 times a day, and in reality could drop one or maybe even both daytime feedings, but the bigger issue is the sippy cup. We use a bottle at bedtime maybe 3 times a week when it’s Ben’s night to put him to bed so I’m thinking he’s not going to be thrilled to switch from nursing/bottle to full time sippy cup – which he kind of hates anyway.

Furthermore, our bedtime routine is bath/PJs/books/nurse or bottle/bed, so do we just switch the nurse/bottle feeding to a sippy cup or do we switch the order of the routine so he drinks his milk first, perhaps even downstairs? It just seems weird to have him drink out of a sippy cup minutes before going to sleep. Maybe it’s just because I’m not used to him drinking a bottle.

Like I told a friend recently, I’m SURE I’m making a mountain out of a mole hill here but since he’s nursed almost exclusively, this is a huge step for us. Going to grill my doctor at our one year check up and see what she thinks. 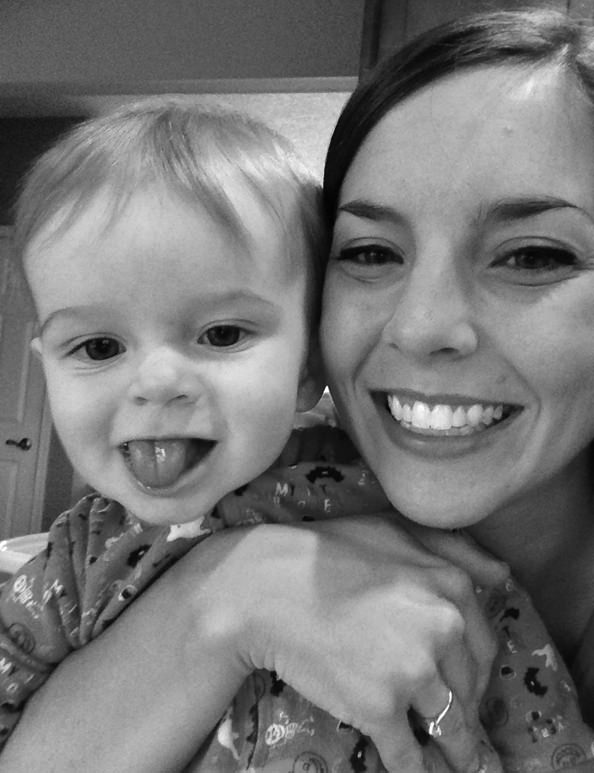 Speaking of…T minus 2-1/2 weeks until our sweet little peanut turns ONE! How in the world did this happen? I’ve gotten as far as sending out invitations for his party and still need to figure out the menu, gifts, outfit, and cake. I’m so far behind! Luckily we are keeping it very, very low key. Ben and I were joking the other day that our early year birthday parties were held at McDonalds or Burger King and there’s like, 1 photo to document the whole thing. We’re skipping the fast food location but channeling its simple and sweet nature – old-school party hats and all. I really hope Lincoln will wear one of those cone birthday hats. I think I would die of happiness! 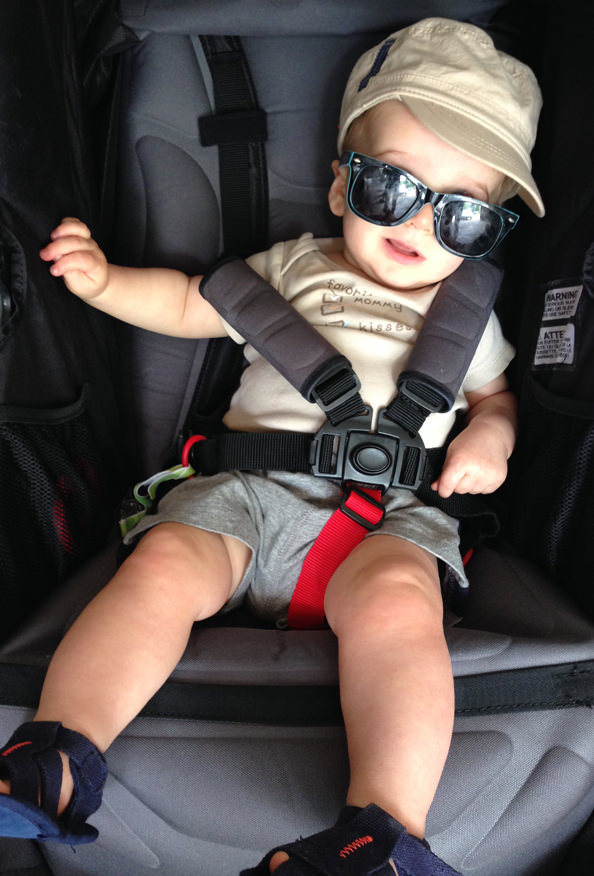