Hello from this snuggle bug! 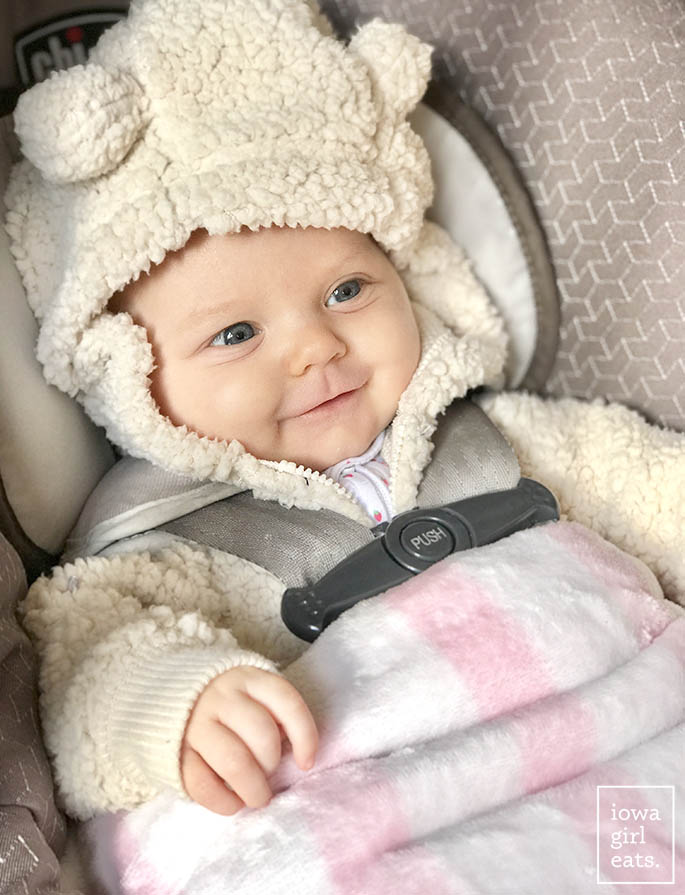 It’s been over two months since my last Currently post and it’s high time we catch up! I post photos and clips of the kids on Instagram every now and again, because it’s quick and easy, but haven’t really shared a lot on the blog since Gwen was just a month old. 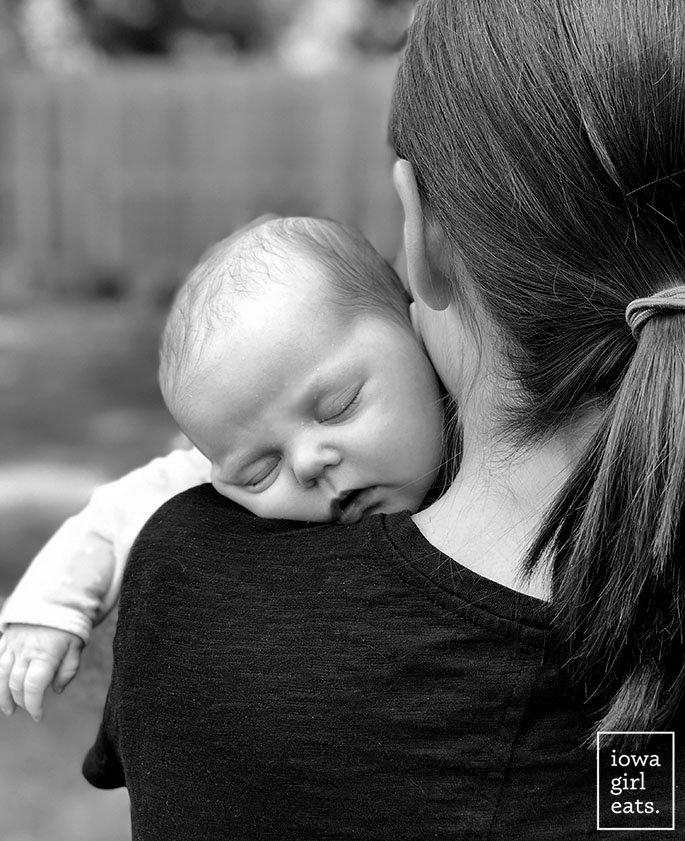 What a difference two months makes! 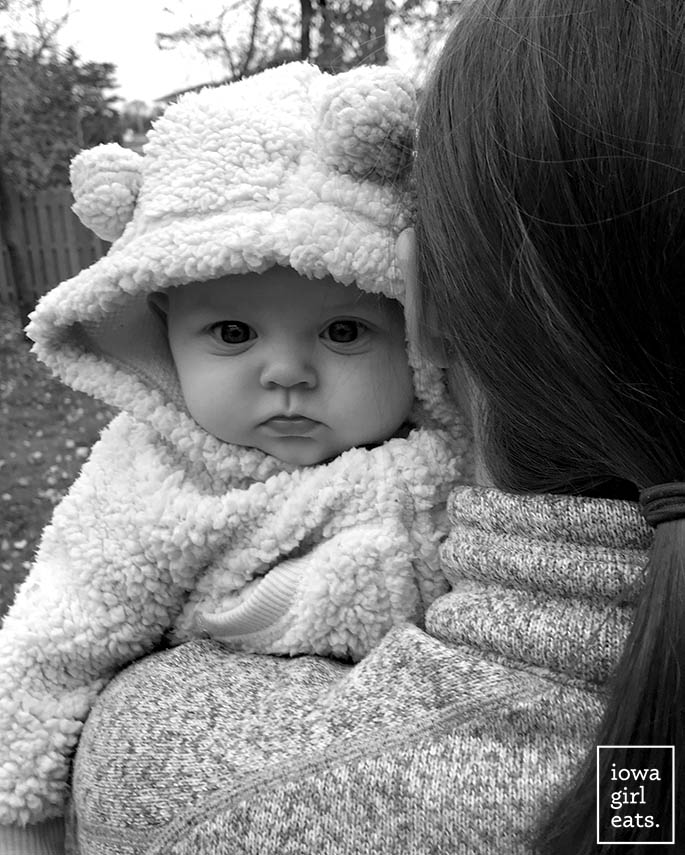 Remember how nervous I was to have a girl? It’s the best thing ever. I would have been thrilled to have a third boy but Gwen has rounded out our family so nicely and I daydream about all the fun stuff we’ll be able to do together in the future. And, although she wears cotton onesies every day, I can’t say the boys and I don’t ooo and aah over dressing her up occasionally. 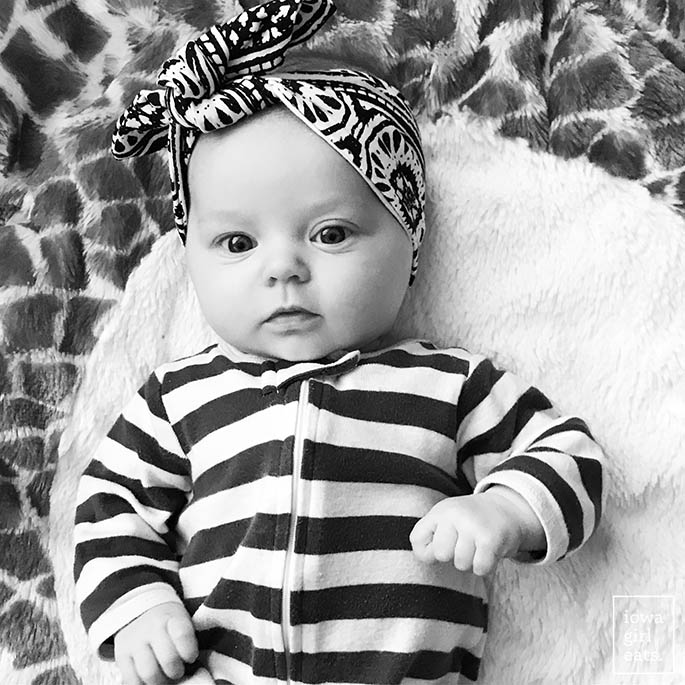 Like at her baptism a couple weeks ago. I meannnnn… Lincoln said, “She looks like a princess!!!” 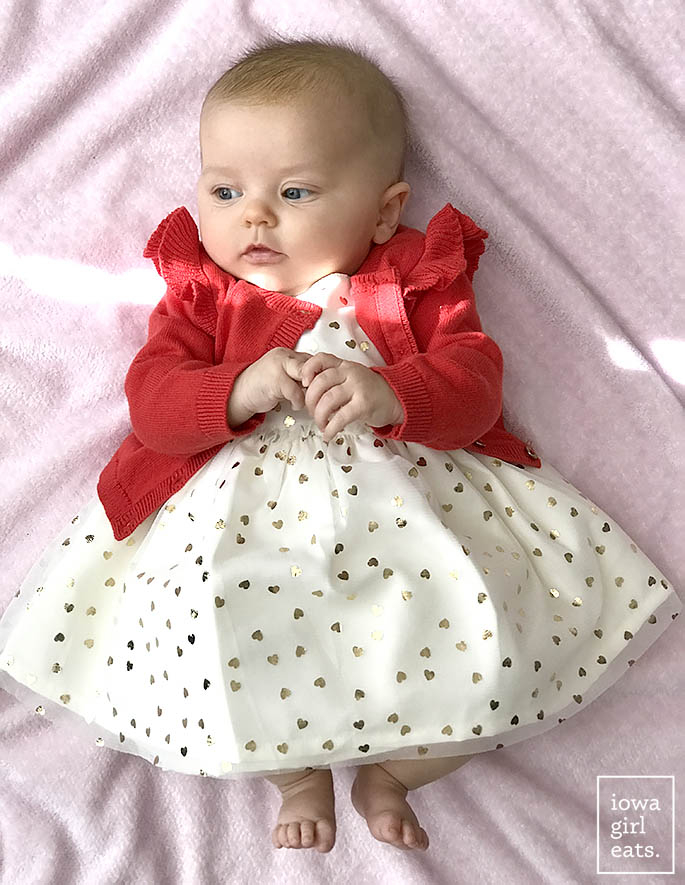 Speaking of special occasions, this hunk of love turned two in October! Cam the man is full of energy, spunk, sass, and is the most affectionate, loving little boy I know. Although this age can be tiring, I just really love to watch him. Like, study him while he plays. He is incredibly funny and even moreso, a ton of fun. 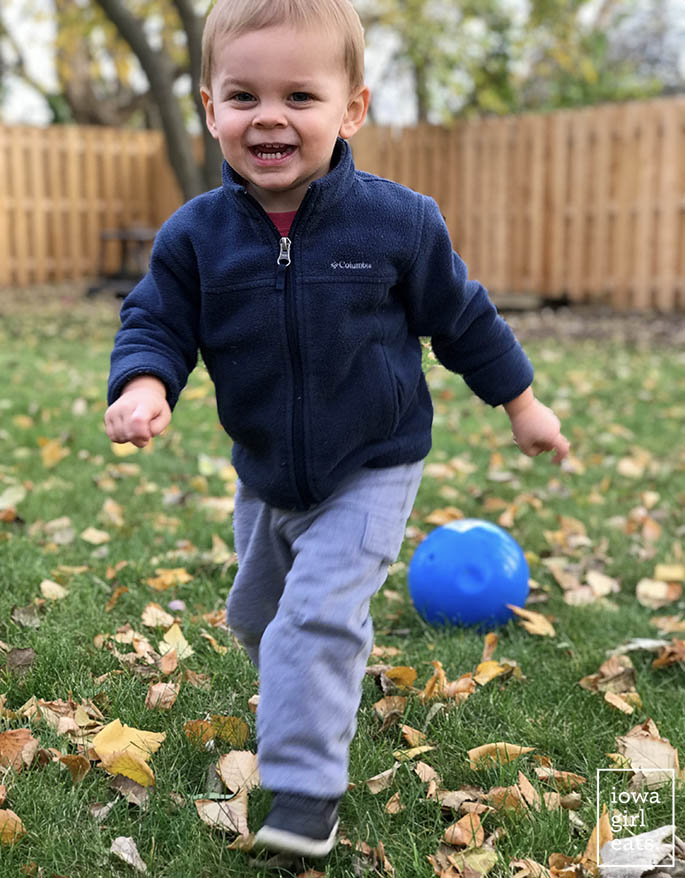 See what I mean? Life of the party…and usually covered in some sort of dirty substance. 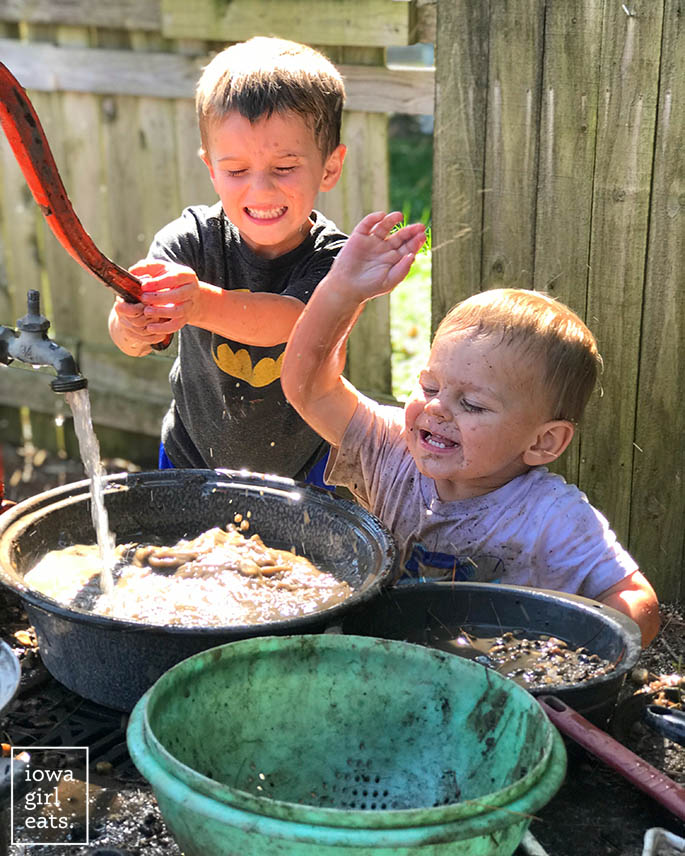 Lincoln has turned into a little Daddy – I occasionally let him “babysit” Gwen and Cam while I make dinner (obvi have my eye on everyone, but he loves the chance to really interact with G and make up games for him and Cam.) He went as the Green Ninja from Lego Ninjago for Halloween this year and reaped the rewards. I know parents have different philosophies on when and how much Halloween candy they give their kids – he was able to pick out two pieces then we put the rest away.

He’s allowed a small dessert each night if he eats his whole dinner, so candy/treats aren’t necessarily taboo in our house. Ben started this with him around the age of 4, and to be honest I was completely against it at first – I believed sweet treats should be a special occasion thing only – but the fact that he picked out 2 pieces of candy and put the rest away with zero complaints says a lot. Could just be his age (harder to convince a 10 year old to put away their Halloween candy vs a 5 year old, for example) could also just be his temperament, which is very mild. Either way, totally off track, but we had a good Halloween! (Cam threw a fit when it was time to put on his Minion costume, which he picked out, so he stayed home with me and sis. Poor Cam!) 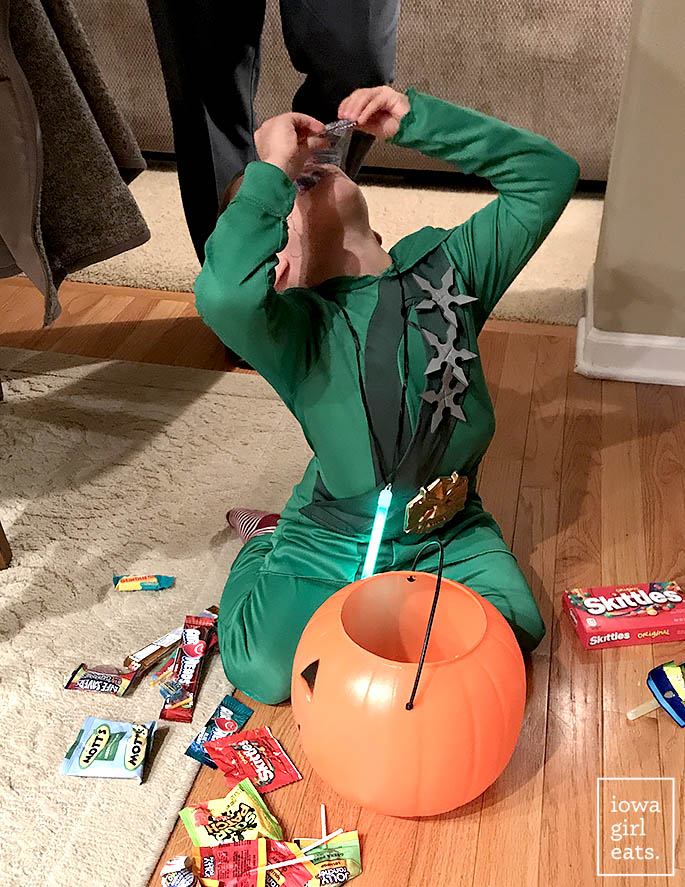 Life with three kids is sweet, sweet, sweet, as described above, but also very tiring. That said, I went to drinks and sushi with a friend the other night (yes! we did it! and it didn’t take 4 weeks to plan!) and we discussed not just the craziness of our day-to-day lives, but also the crushing mental load many women in our shoes experience:

Return the library books, make a Costco run, call the doctor, pick up class snacks, order Halloween costumes, meal plan for the week, follow up on a return, buy diapers, switch the laundry over, etc. More importantly, be a wife, mom, business owner, and try to make some time for yourself, too! I don’t say this to complain, and typing this out is intimidating because I’m sure someone will ask if I want cheese with my “whine” (which, of course I do!) Mostly I’m just trying to keep it real. We also discussed how phony social media feels right now – so many staged photoshoots being presented as candid, real life moments – I don’t know, it’s just…a lot. Either way, this is me reminding you that we are ALL hot messes trying to keep it together the best we can.

Anyway, we are so excited to head into the holiday season! Halloween went by in a flash and Thanksgiving will be here before we know it. It’s so strange that it’s November already. The weather has been so nice and we had such a big summer that my brain is stuck thinking it’s August or something. The end of daylight savings time this weekend should snap me out of that pretty quickly! (SOB.)

Without further ado (and that was a lot of ado!) here’s the latest edition of “Currently“!

Sipping: Joel Gott wines. I love talking about wine (literally started a wine club with two friends via text while typing this post. We’re meeting once a month on Tuesdays at 7:30. HA!) Anyway, for the past few years I’ve been all about New Zealand Sauvignon Blancs, but lately I’ve been into California ones including Joel Gott’s 2016 version. It is SO refreshing, easy to drink, and under $15 a bottle. Bonus that my neighborhood corner store sells it – whee! 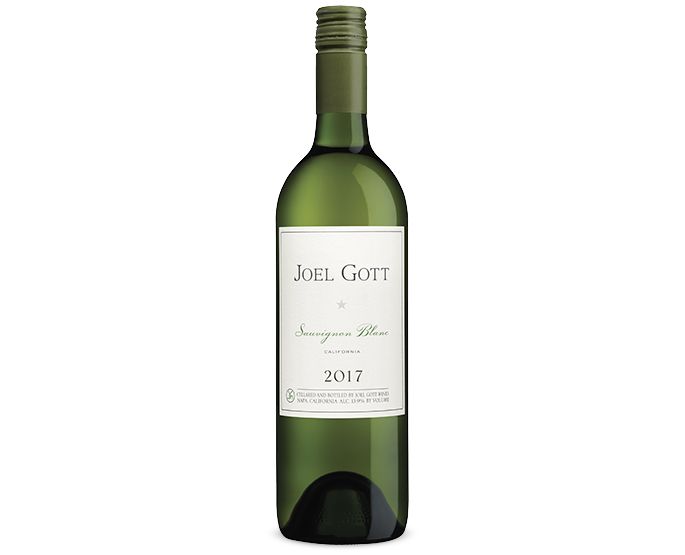 Cooking: Crock Pot Korean BBQ Beef. I’ve never met a Pinch of Yum recipe I didn’t like but this Korean BBQ Beef recipe is off the charts, both in taste and simplicity. I made it twice in October! Pro tip: reserve some of the marinade to use as a drizzle on the final product. 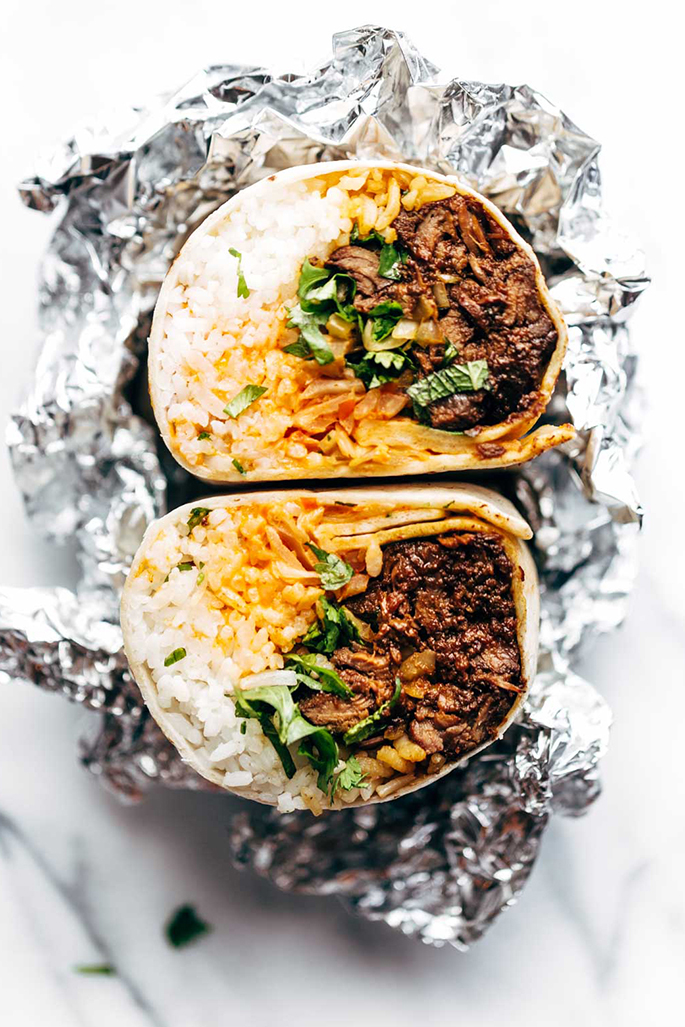 Reading: Girl, Wash Your Face. I was feeling like the last woman on the planet to read Girl, Wash Your Face, so I ordered it and actually, it should be in the mailbox at this very moment. Can’t wait to dig in. If you’ve read it, what was your favorite chapter? 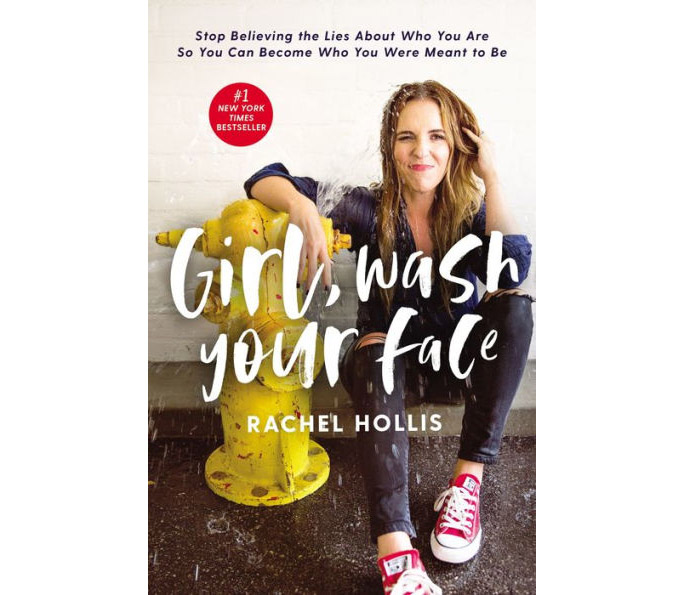 Stressing over: food allergies. You may know that Lincoln is allergic to dairy – well, we just learned that Gwen is allergic to eggs and is borderline allergic to peanuts. PEANUTS. So scary. We discovered this after she slowly started developing rough patches on her skin last month (eczema) then broke into a full body rash twice in two weeks. That said, it looks like I’ll not only be gluten-free, but peanut and egg-free for the next 9 months while I continue nursing her for a full year. Should be interesting – mostly I just feel really sad for G. :(

Loving: my skin. It’s ironic that we’ve been battling with G’s skin lately (hopefully not anymore now that I’m removing peanuts and eggs from my diet,) because I’ve never felt better about the state of mine. Zero breakouts, and it’s soft and smooth. Plus I feel really good about the products I’m using. I’m still on the coconut oil as face wash kick then use a combination of these products afterwards (none are affiliate links – I get paid nothing to tell you about these):

Crunching: Full Circle Market Sweet Potato Chips. Do yourself a favor and pick up a bag or 100 of these INSANE sweet potato chips (just leave me a few, ok!) by Full Circle Market. I randomly picked up a bag at HyVee a few months ago and now can’t leave the grocery store without three in my cart. They are SO good. Too good. 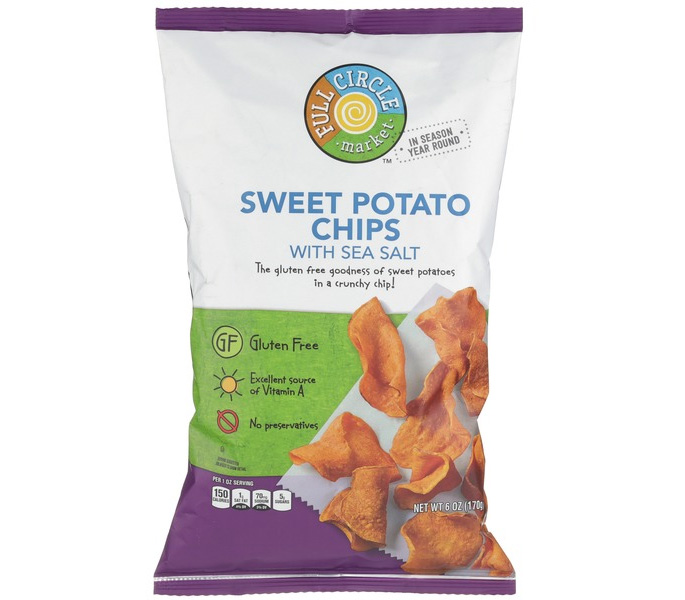 Receiving: ButcherBox. I decided to see what all the fuss was about with ButcherBox and started a monthly subscription in September. Both Ben and I have been super pleased with the meat so far, and he’s a meat snob. ButcherBox delivers 100% grass-fed beef, free-range organic chicken, and heritage-breed pork directly to your door. It’s been nice to have a freezer full of meat – it’s actually put a pep in my step in terms of meal planning because I’m inspired to create meals based on what comes in the box (which you can customize.) Right now if you sign up you get free bacon in your box for life. 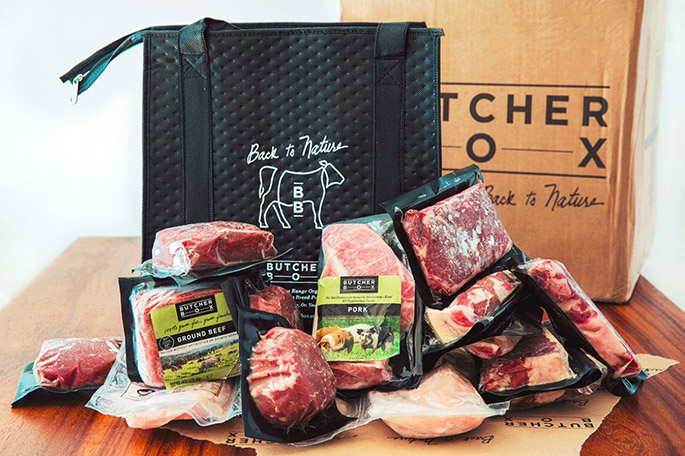 Watching: The Kids are All Right. There seemed to be so many new shows on this fall that turned out to be stinkers (I had high hopes for Single Parents because Leighton Meester (!) but lasted 5 minutes into the first episode before turning it off.) The Kids are All Right has totally delivered though. It’s on ABC and is kind of a mix of The Wonder Years and, hmm, Malcom in the Middle maybe? I hated that show but it’s giving me the same vibes. Wow I’m really selling this aren’t I. Anyway – it’s a really fun little 30 minute show. Check it out!

Looking: Tablet recommendation. We’re thinking about getting Lincoln a tablet for Christmas to use during his quiet time each afternoon. It doesn’t have to be an iPad, should have parental controls, and the ability to download educational apps and games. Should we just get an iPad? What are your kids using and loving?

Ordering: Drapey Crepe Faux Wrap Top. I have officially accumulated an embarrassing amount of athliesure wear – fine, SWEATSHIRTS – that say stuff on the front (aka “KALE” instead of “YALE”, “Go Ask Dad” and so on and so forth. I know.) That said, I need to go shopping so badly so I recently ordered this cute top which I think will be great for the holidays too. 40% off right now! 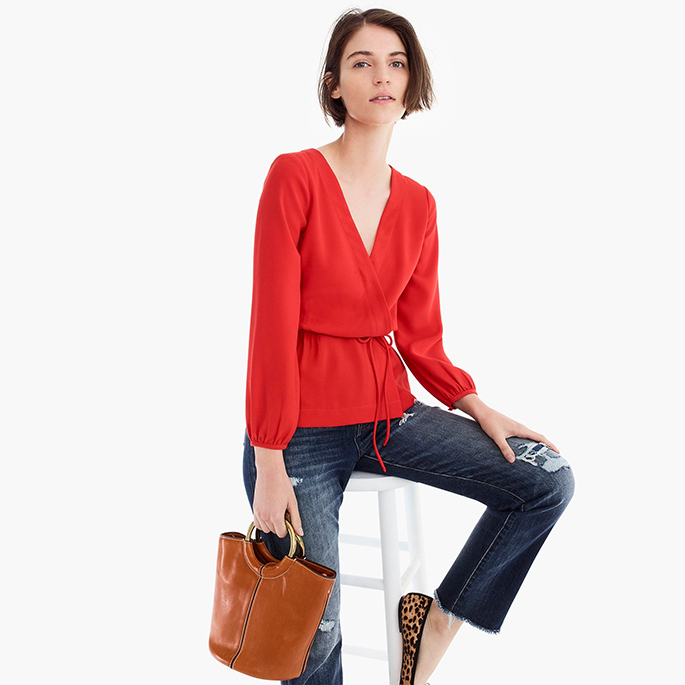 Pick a “Currently” category and fill me in! :)