One of my favorite things we’ve done while in DC is visit several rooftop lounges and restaurants that have given us spectacular, birds eye views of the monuments and major landmarks in the city. The first place my in-laws took us to was the POV rooftop lounge inside the W Hotel. 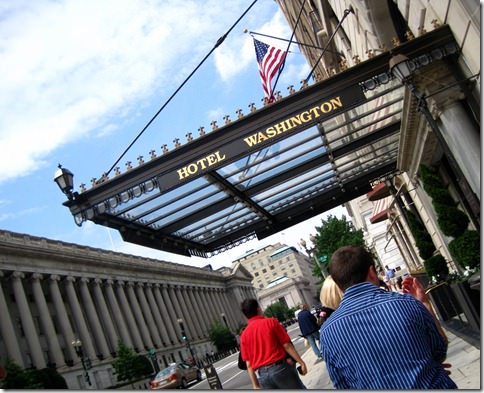 Steps away from the White House, POV has the trendy style of most W hotels, 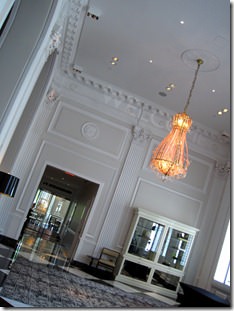 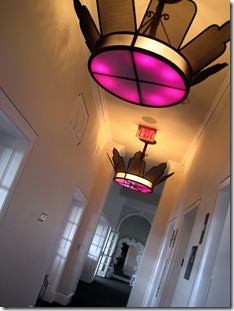 and as we stepped into the open-air lounge on the top floor, we were nothing short of amazed at our view. 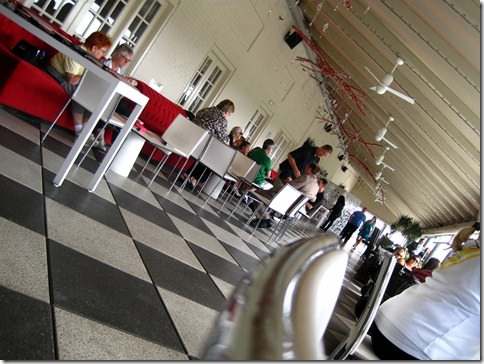 The stately Washington Monument & Jefferson Memorial stuck out to our left, 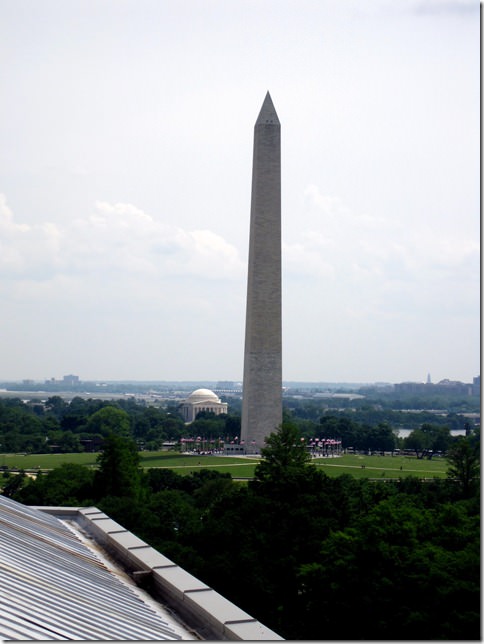 the dignified Lincoln Memorial could be seen in the distance, 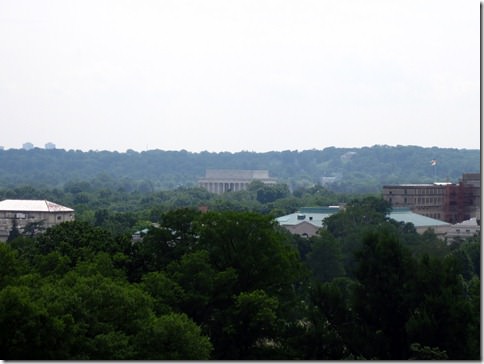 but the real highlight was sitting right in front of us – a perfect view of the east wing of the White House (which we had just come from touring!!) 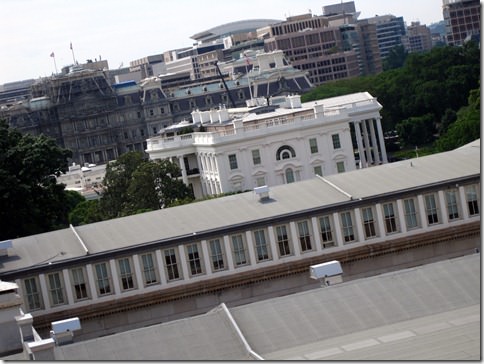 The beautiful, ornate and columned National Treasury, sat right between us and the big, white house, but nothing could take our eyes off it. 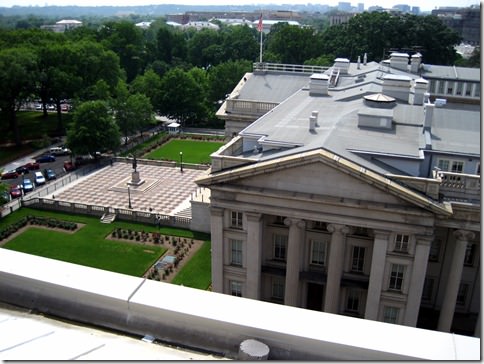 Drinks don’t come cheap with a view like this, so we sloooowly sipped our drinks on this warm, spring afternoon. 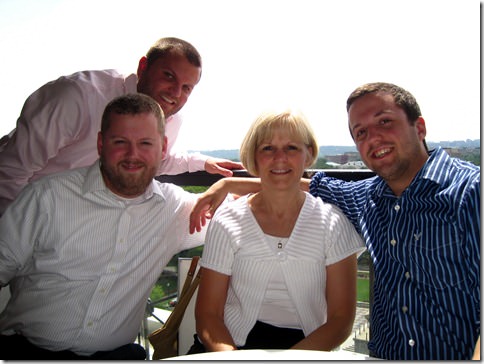 Beers all around! :D 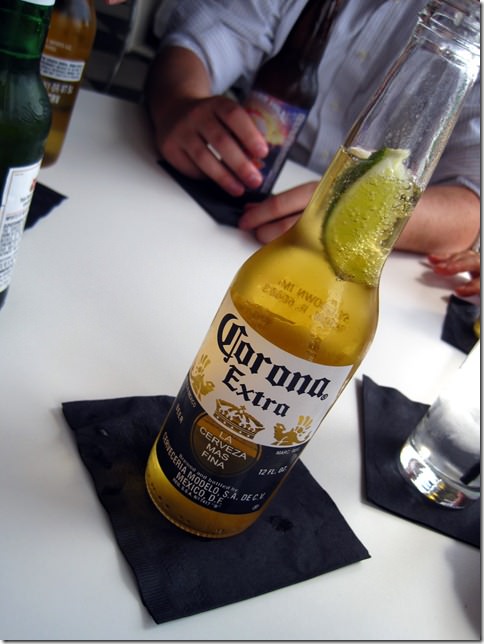 Just when we thought it couldn’t get any better – the snipers showed up – HA! 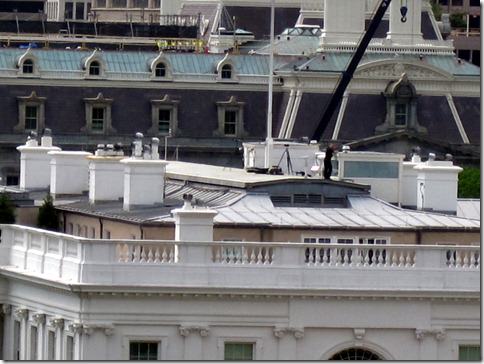 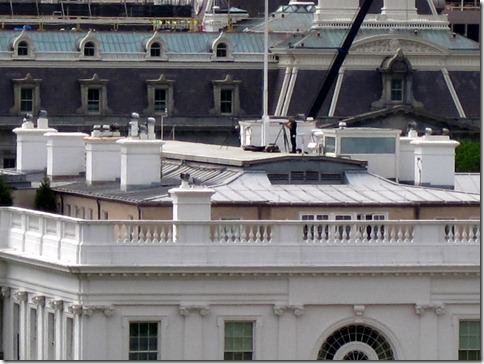 While we were there, two snipers appeared about every 5 minutes to scan the area for threats to the White House, its staff and, of course, our president. Can you imagine doing that job in the winter?! 2 words – slippery. roof. 8O 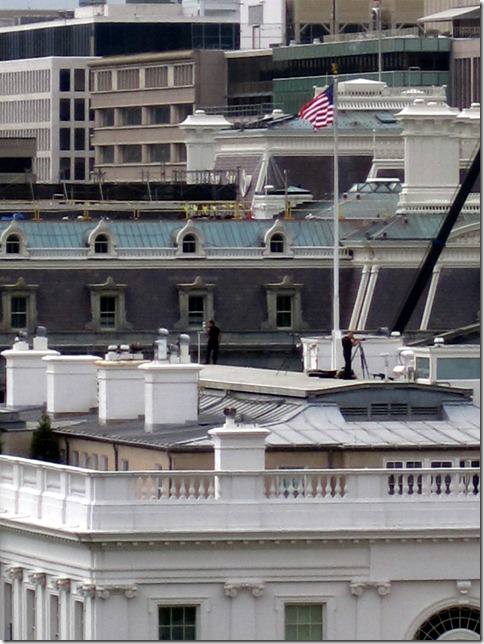 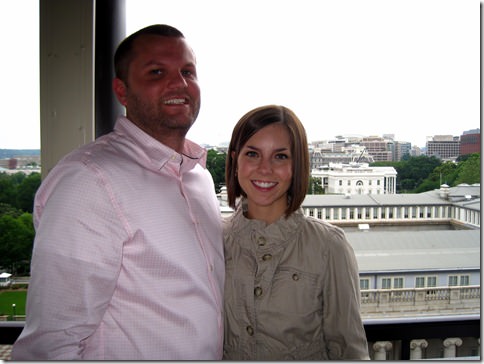 The view of the White House would get some major competition a couple of nights later, when we arrived at the Double Tree Hotel in Crystal City for cocktails at sunset, overlooking DC. 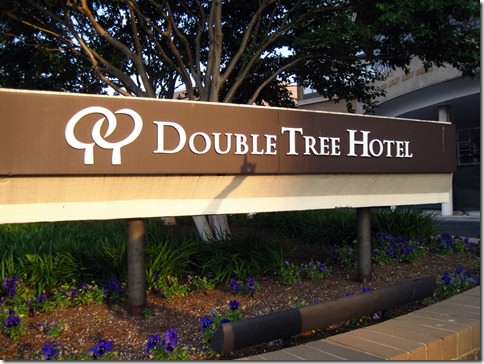 “The Double Tree Hotel?” you might be asking? Sure, their cookies are top-notch, but a view of the city? Ohhh you bet. Located just across the Potomac River from downtown DC, this hotel has what many don’t – a Sky Dome on top! 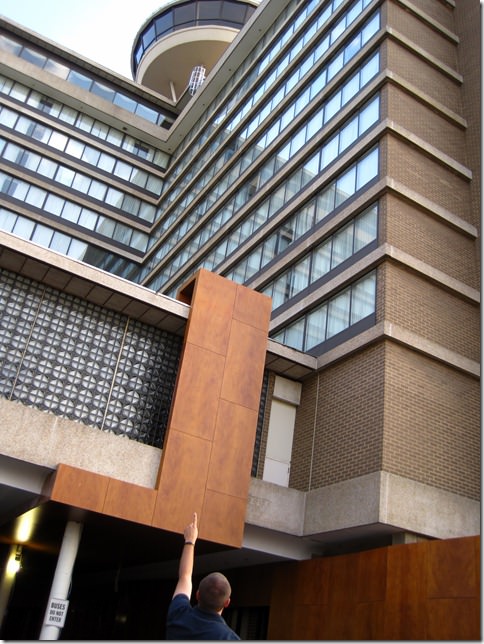 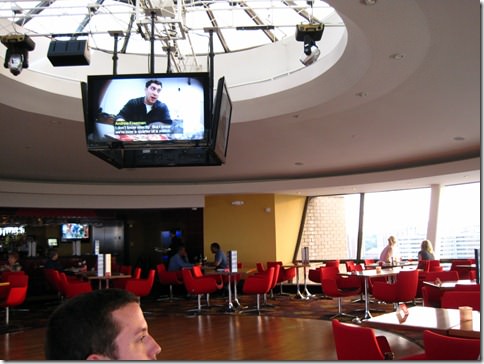 We were just about to race for a table with the best views of the city before realizing, oh right, this place rotates. Every table is the best table! ;) So we ordered our cocktails – a Tangerine Mojito for me – and waited for the sites to come into view. 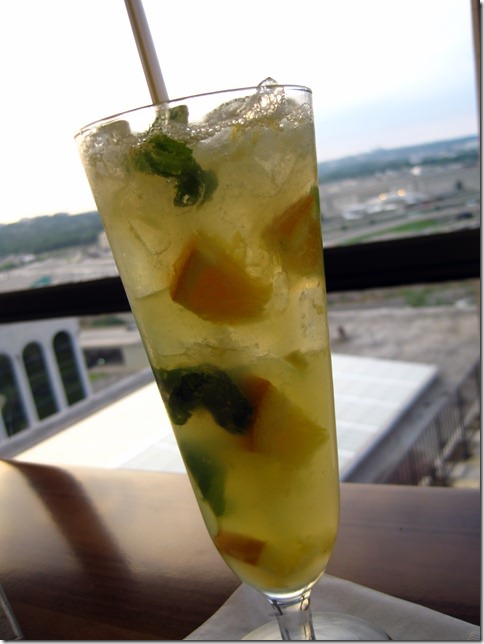 First up was the Pentagon. 5-sided and MASSIVE – although Anderson Cooper says you can get anywhere inside within 7 minutes – the Pentagon is intimidating, and seriously HUGE. The plane that struck on 9/11 hit just behind the far left corner. There’s an outdoor memorial there now. 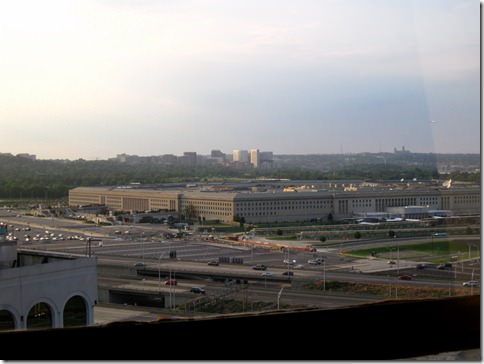 Next, the full view of DC’s most well-known sites came into view. See if you can pick them all out! 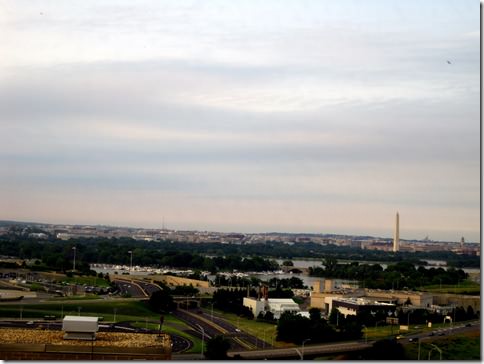 Ok, I’ll show ya’. ;) Here we have the Lincoln Memorial on the bottom left, 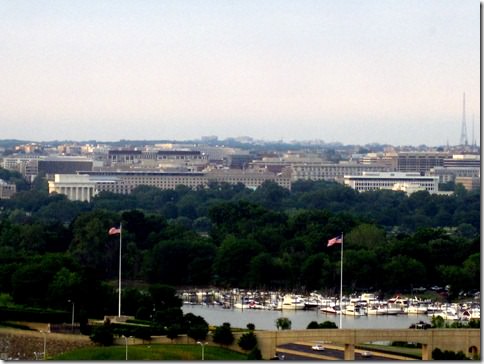 the White House perched in the trees on the left and, of course, the Washington Monument on the right. Kind of hard to miss, eh? ;) 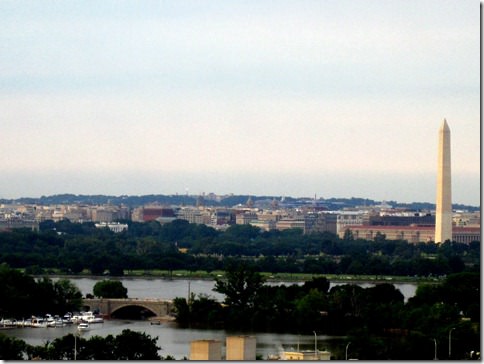 Finally, one of the most spectacular sites – the Washington Monument and Jefferson Memorial sitting right at the base of the traffic coming in and out of the city. Gorgeous!!! 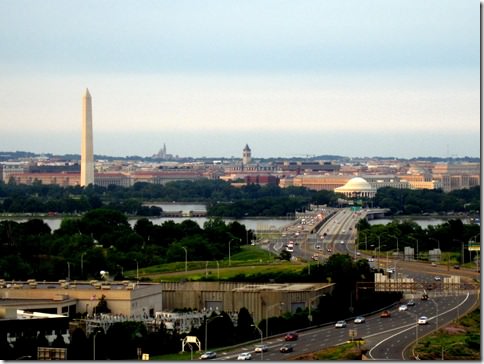 The Reagan Airport was just to our right, so we got to see dozens of planes landing all night long. It was really cool because you could see them lining up far off in the distance waiting for their chance to come on down. 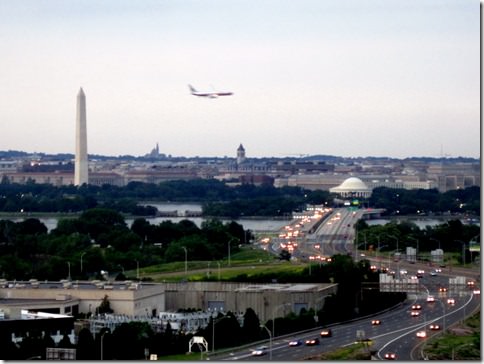 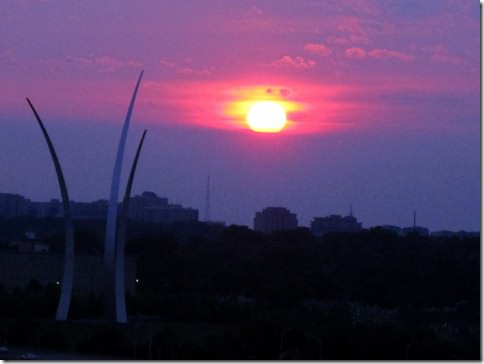 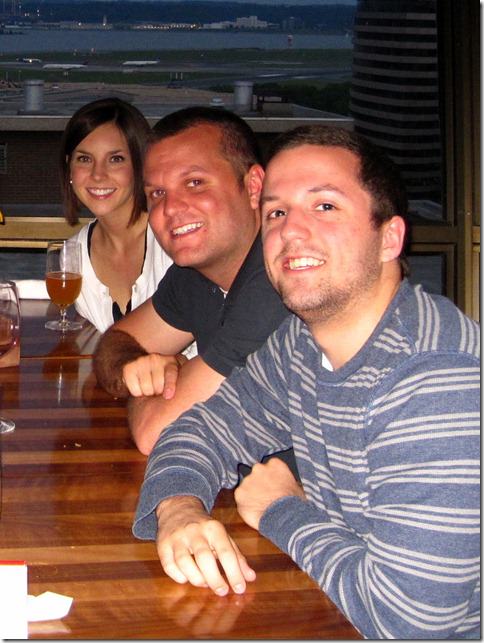 There’s plenty more to come! Ben’s parents, for as little time as they’ve been here, know a TON of great places in town. They’ve truly shown us one spectacular time in DC, so stay tuned for more! :D