You Know You’re in the Midwest…

Well, Memorial Day weekend is finally coming to a close! We have jammed so much into the past several days between strolling through the Farmer’s Market, spending a lazy afternoon fishing, and eating our way through a BBQ festival – but we decided to not stop there.

Last night Ben and I wrapped up the festivities by attending a surprise benefit BBQ for a friend of his battling cancer! 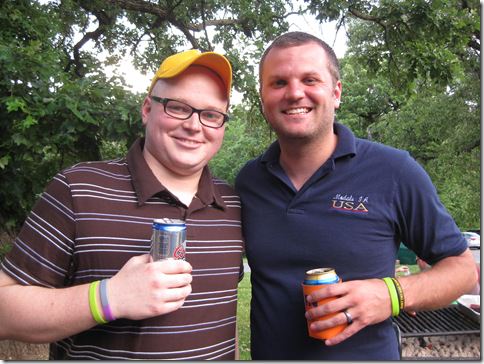 His motto going through this battle has been “Just try and ruin my day.” Love that positive outlook! 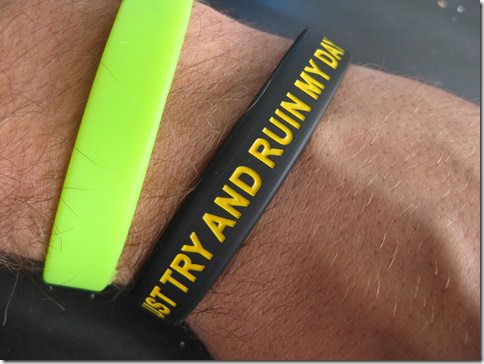 It was SO hot outside, but luckily the BBQ was held at a nice little shelter in a cute little park that I didn’t even know existed! 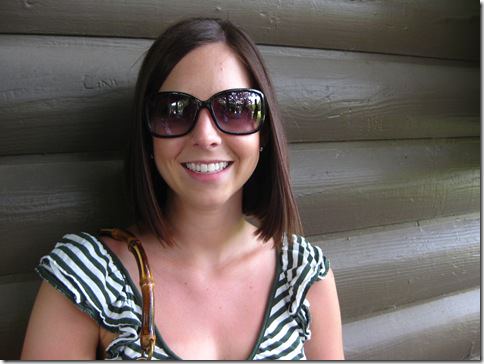 There were a lot of folks that came out in support and we had a good time chatting, 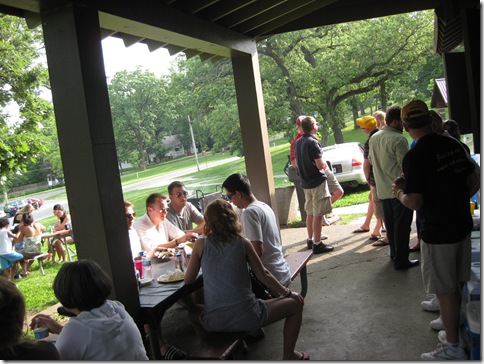 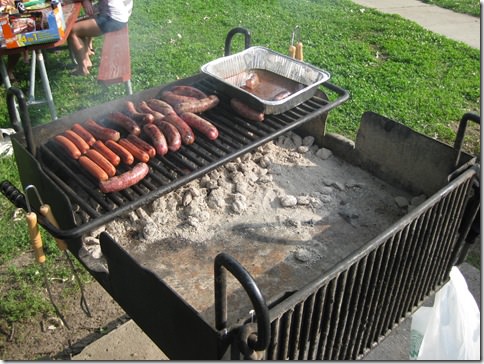 and eating! I was still stuffed from the super ‘Q we had at my parent’s house, but all bets are usually off when I see baked beans. I just love ’em! 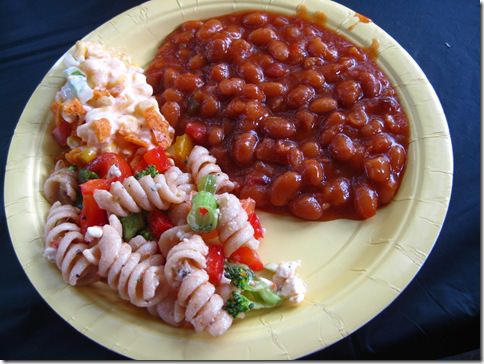 We called it a night pretty early since we had to be up bright and early this morning to drive to western Iowa. We spent the day with Ben’s Grandma for her 86th birthday and Memorial Day. Happy Birthday Grandma P!

The drive west took about 2 hours, and I actually love it. It’s so scenic and picturesque. You know you’re in the Midwest when you get stuck behind tractors going 15 miles an hour… 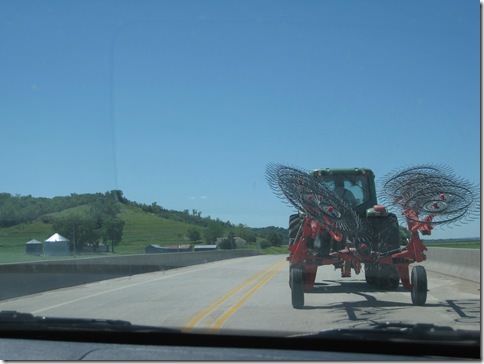 when your backyard is a soy bean field… 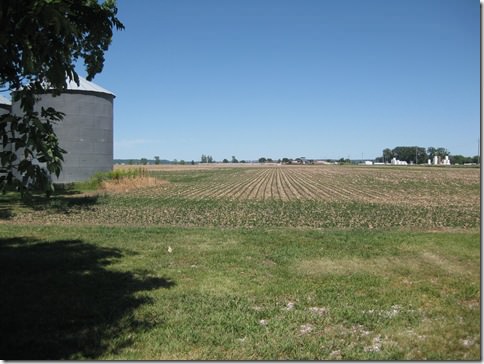 when windmills, not skyscrapers, dot the landscape… 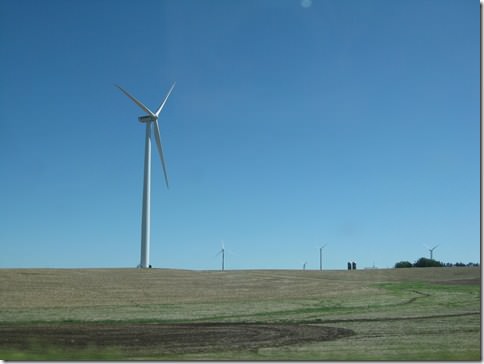 and when the view out the window is picture perfect! Go Midwest! 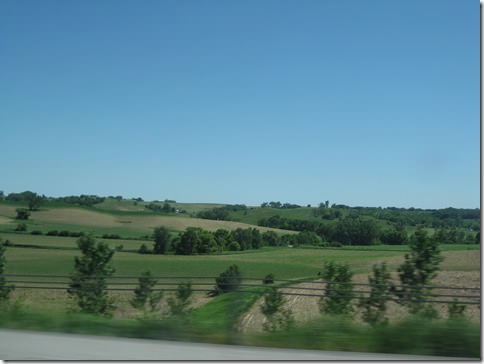 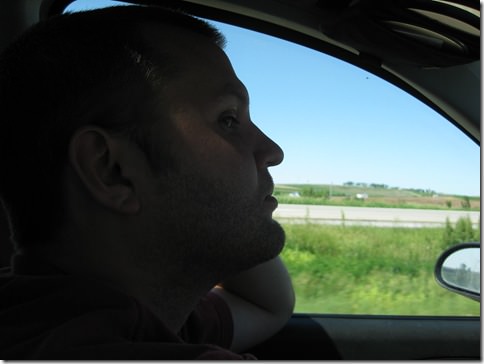 After visiting with Ben’s Grandma and visiting some family gravesites, we all headed 25 minutes west to Omaha, Nebraska for lunch at Upstream Brewery! 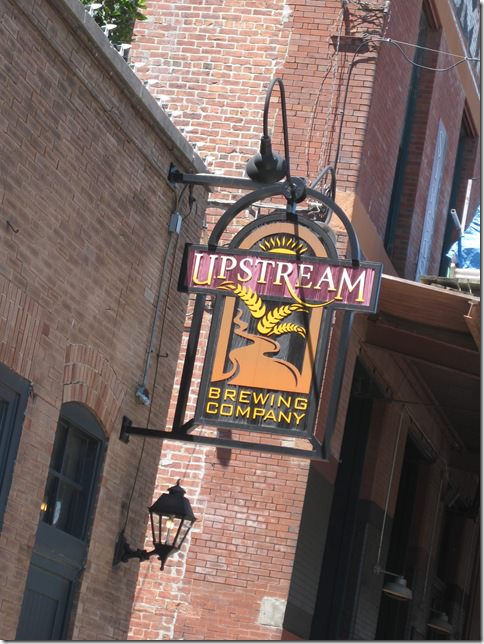 I’m told that Upstream used to be an old firehouse. It was super lofty, funky and had a great atmosphere! 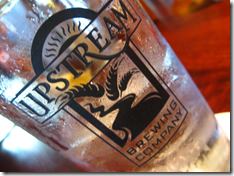 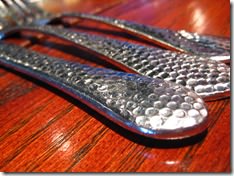 I ordered the Chicken Prosciutto Salad. 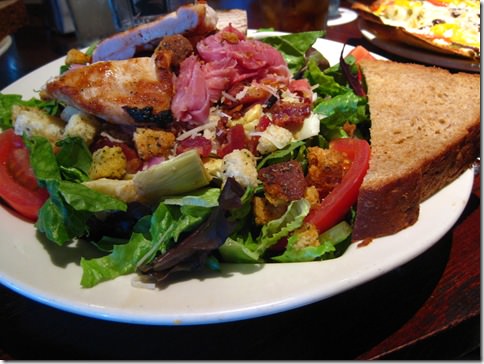 Fresh garden greens, artichoke hearts, grilled chicken, prosciutto and center-cut bacon. It was HUGE and 30 minutes into eating, it looked like I had barely made a dent! 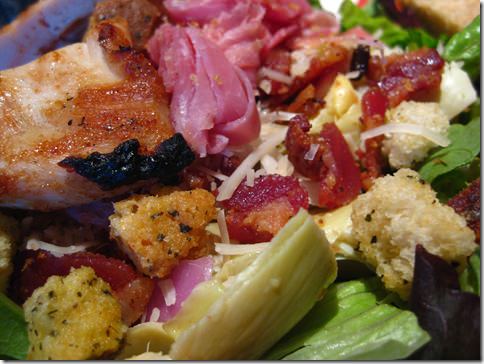 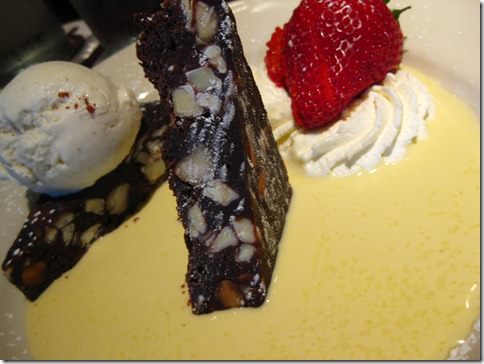 I read American Wife on the way home – I’m obsessed. It’s loosely based on Laura Bush’s life and is captivating. I started reading this morning and am more than half way through, if that tells you anything! 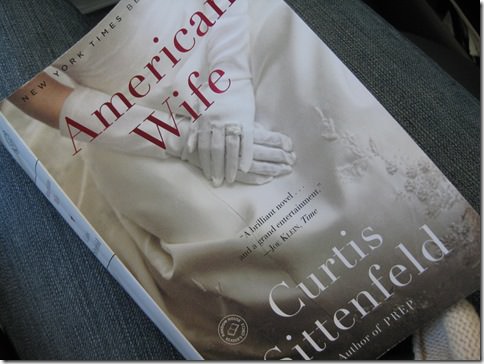 Ben’s parent’s dog also caught up on some reading on the way home. She’s quick as a whip. 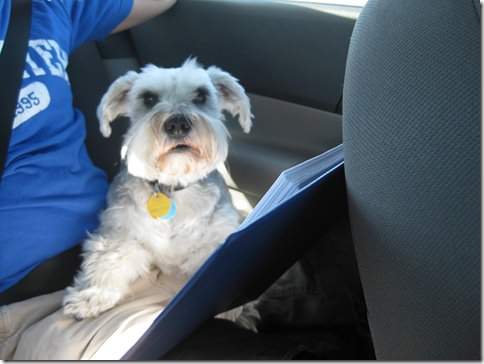 I’m off to RELAX before the start of my short work week.