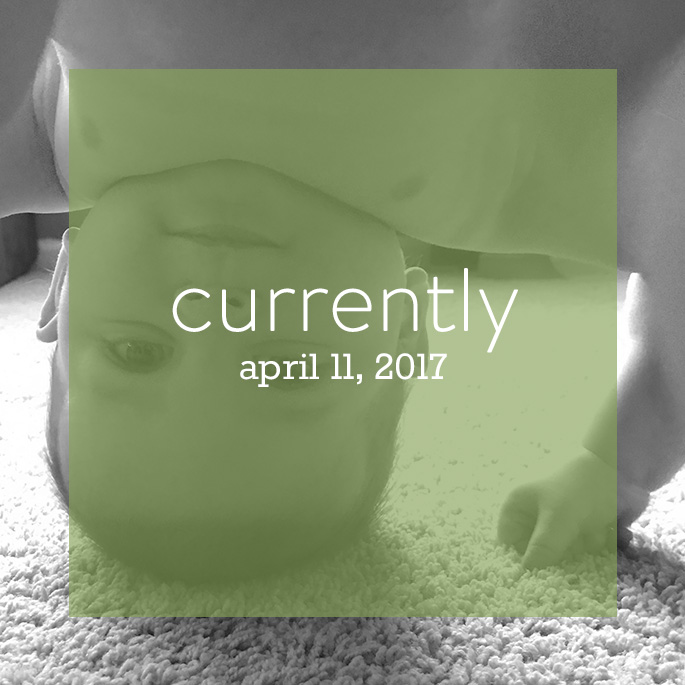 Oh my goodness, the sun is shining and I’m feeling better then I have since, well, the last time the sun was shining! Sure, snow is potentially on the horizon this weekend, but for now I’m focusing on the 50 degree day at hand, the 70 degree one on tap for tomorrow, and a whole afternoon of childcare. Can I get an Amen.

This has been the toughest winter (there, I said it) I can remember in a really long time between this miserable weather, virus after virus, planning for the arrival of a new baby (exciting of COURSE but so many things to work out between potentially buying a new car, stroller, figuring out bedroom configurations, etc in just over 3 months – holy [email protected]!&) and well, just really missing the dang sun! This Type A has to remind herself to stop and smell the roses which, as I’ve mentioned, I’ve been doing a much better job at lately. More time with friends, solo Saturday morning errands, and baking lots of these cookies. Best you’ll ever have.

Anyway, here’s what else is currently going on!

Time and place: 12:36pm in my office/photo studio/Ben’s hobby room/guest room/baby girl’s bedroom. Like I said, we’ve got some rearranging to do!

Researching: 16 personality types. I took the 16 personalities quiz earlier this week and the results were SPOT ON. Have you ever taken? I’m an ISFJ personality – aka “The Defender” – it’s been so exciting reading the results and nodding along as though someone finally understands me, ha! 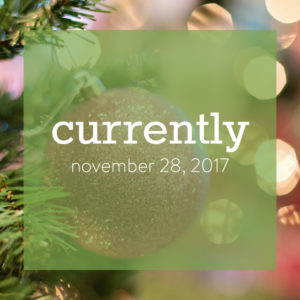 Sniffing: Capri Blue Candle. The little boys and I walked into Anthropologie a couple months ago and almost immediately turned around because of the stares we were getting from employees (I get it – two baby bulls in a china shop) but the scent that was wafting our direction from a lit candle encouraged me to press on. This candle you guys – so lovely! I’m not a floral candle girl – actually, I’m not really a candle person at all. Up until that point I owned zero – but the scent smells just like Anthro (yum.) I actually haven’t lit it since buying as simply leaving the lid off still provides a ton of scent. 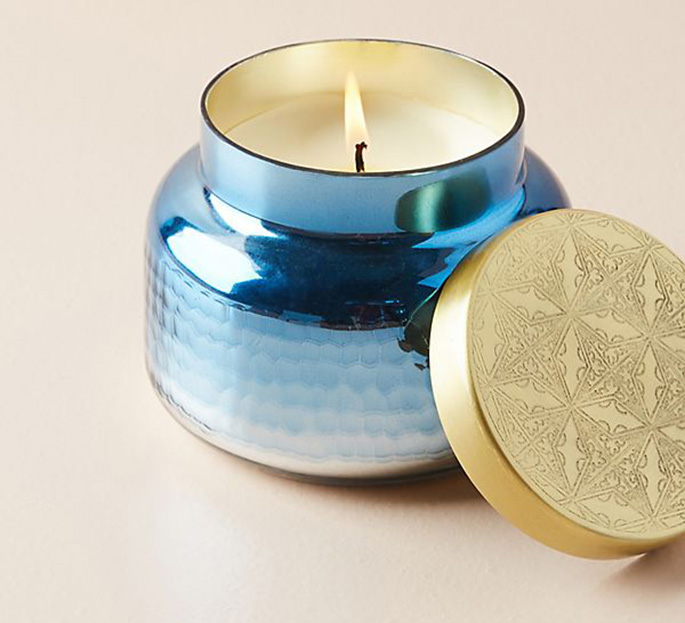 Craving: Crispy Chicken, Bacon and Pesto Gnocchi Skillet. One of the most difficult experiences as a recipe creator is sharing a recipe that you know in your soul is a winner, then having few people actually try it (or at least letting you know they tried it, I guess!) Thankfully that hasn’t been the case with Crispy Chicken, Bacon and Pesto Gnocchi Skillet. You guys are not only making this recipe but LOVING it, too. I’ve been making it once a week since posting – so quick and delicious. 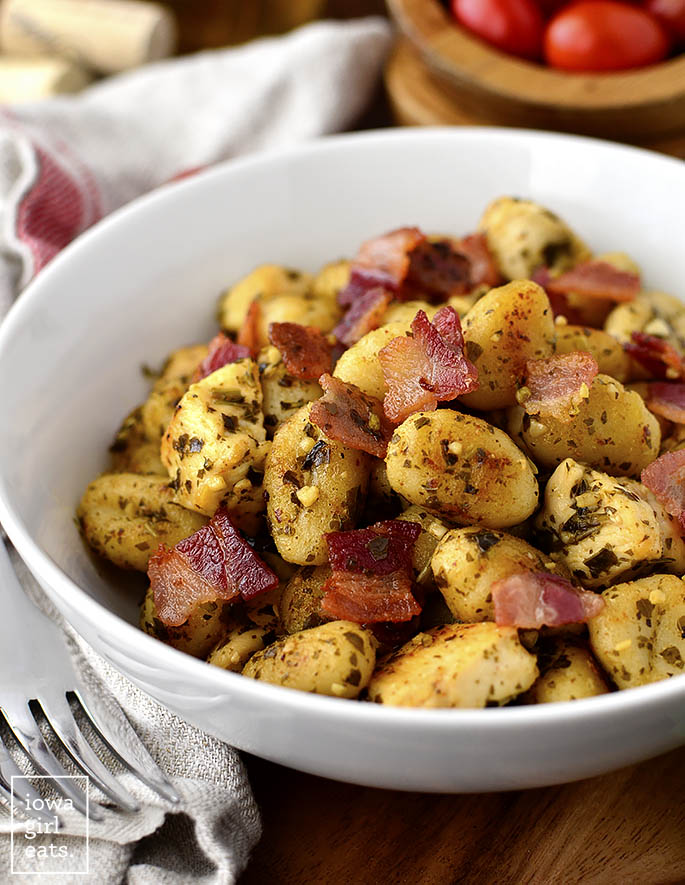 Loving: Tuxedo Teeth Whitening Activated Charcoal Powder. I bought this product based on a review from a fellow blogger and it’s truly a miracle worker. It lifts surface stains in one use, is pregnancy safe, and a little goes a super long way. Using the powder is a bit messy so I only brush with it before my regular toothpaste maybe once or twice a week, but it’s so great to have on hand for a quick pick-me-up. 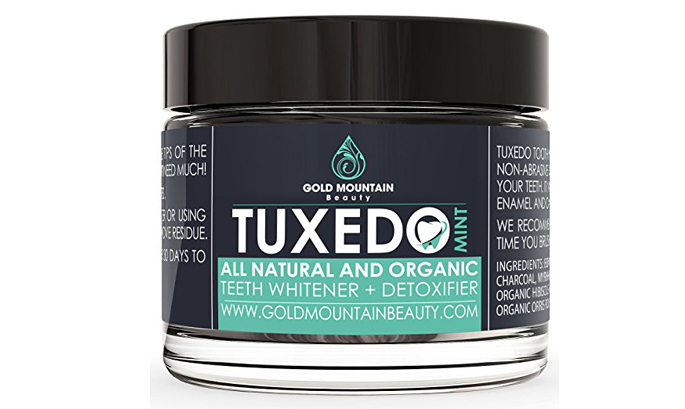 Avoiding: social media. Maybe it’s amplified by this never-ending winter, as I’m already feeling kind of blah, but I’ve just been feeling worse and worse after spending time on social media lately! Can you relate? Constantly being bombarded by vacations I’m not taking, workouts I’m not doing, crafts I’m not making, recipes I’m not creating, etc. Snarky Mom memes are about the only thing keeping me on there, ha! While a social media presence is required for my job as a blogger, I’m thinking about taking a one or two week hiatus from using social media for personal use. There’s just no time in anyone’s life for spending even a minute feeling bad about themselves based on what others are doing. Will share my thoughts after making it happen.

Living in: Ingrid & Isabel Maternity Leggings. I’ve been pregnant three times and thus feel I can speak confidently to good and bad maternity wear. Trust me when I tell you that through three pregnancies I have not owned a SINGLE pair of maternity leggings or jeans that don’t need to be tugged up 1,000 a day (without spending $200+ that is,) until I purchased these leggings. Tell your friends, tell your sisters, tell your co-workers – anyone who is pregnant needs to own a pair. I have them in black and wear them at least 5 days a week (not kidding!) Incredibly comfortable, no sheerness, adorable zipper detail on the ankle and, as I mentioned, they do not budge. 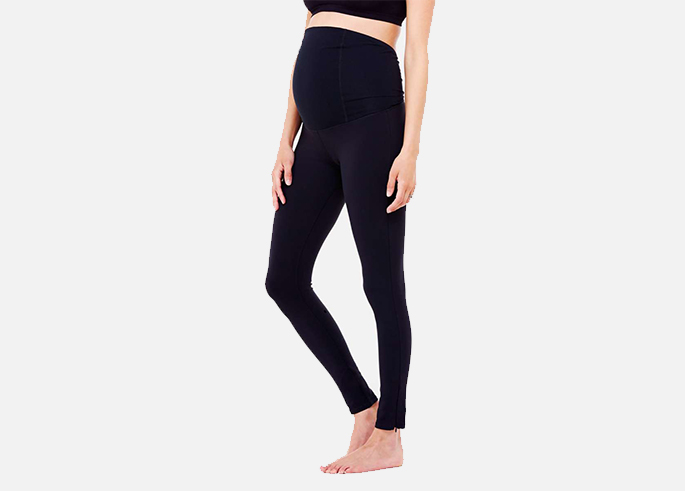 Wondering: What are you eating? I know half the country is still in spring limbo, including us here in the Midwest, but I’m so ready for lighter, springier foods. You too? What kinds of recipes are looking for right now?

Making: Maple Cinnamon Oatmeal Bars. I feel like maybe I’ve only told Facebook this recently, but we are still going strong baking Maple Cinnamon or Blueberry Oatmeal Breakfast Bars every Sunday. I cannot stress to you enough how low-stress they make breakfast time. Pair with a few links of Jones Dairy Farm Sausage and/or yogurt, then boom, onto the next thing. 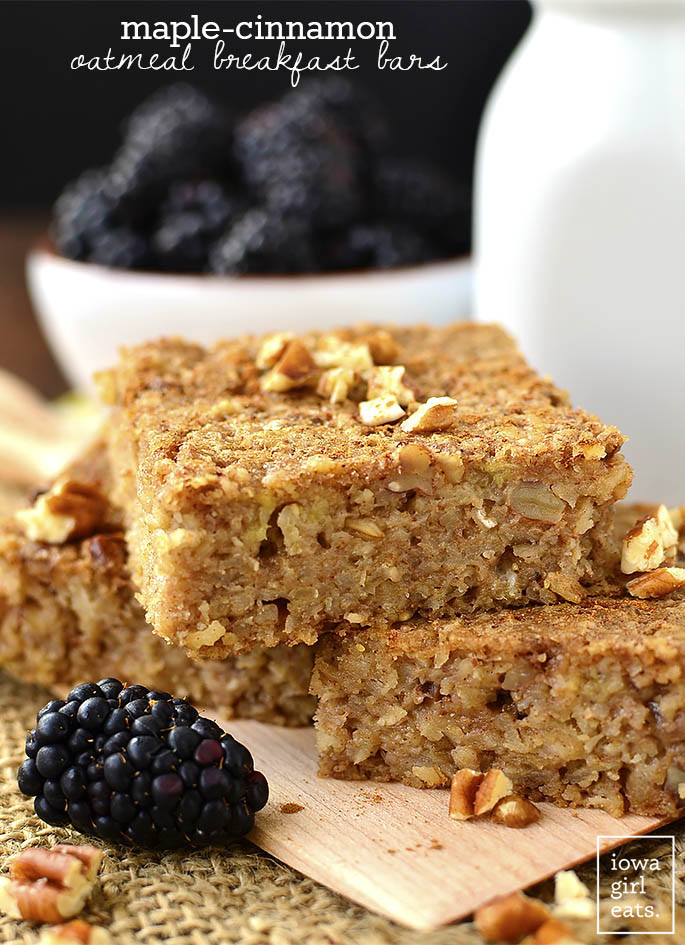 Reading: Pigeon Wants a Puppy. I guess I’m not reading Pigeon wants a puppy, rather, Lincoln is! The “pigeon series” of books have been a huge hit with my little man, who is 4.5. He’s always loved books but this particular series has encouraged him to not only try reading on his own, but illustrating and writing his own pigeon stories (and when I say “writing” I mean he writes out letters to make “words and sentences”.) Truly they have just brought out an entirely new enthusiasm for reading and writing that I didn’t know we were potentially missing! Plus they’re really fun for parents to read too…an important element when you’re reading the same book aloud for the 400th time. ;) 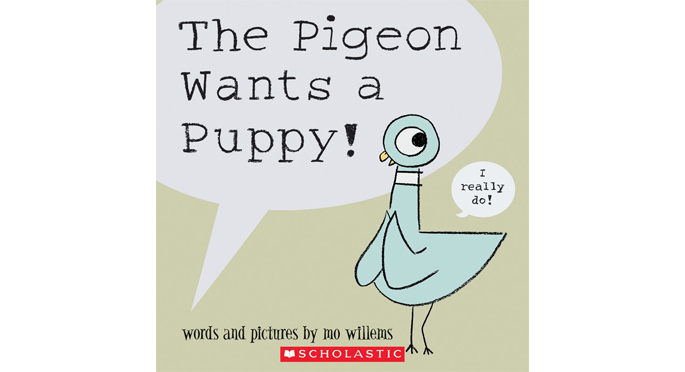 Swiping: Counter Cloths. A friend recently hosted a Norwex Party and I snagged a set of Counter Cloths, among a few other things. I appreciate their size, which is that of a single sheet of paper towel, and they’ve been great for small jobs like wiping up the floors after the boys are done eating (my Lord, the crumbs!) or wiping down windows and appliances. Best of all, they only use water to remove 99% of bacteria on surfaces. My paper towel usage went down drastically after starting to use e-cloths earlier this year, and these are helping us further reduce the amount of trash coming from out of our kitchen. Love them! 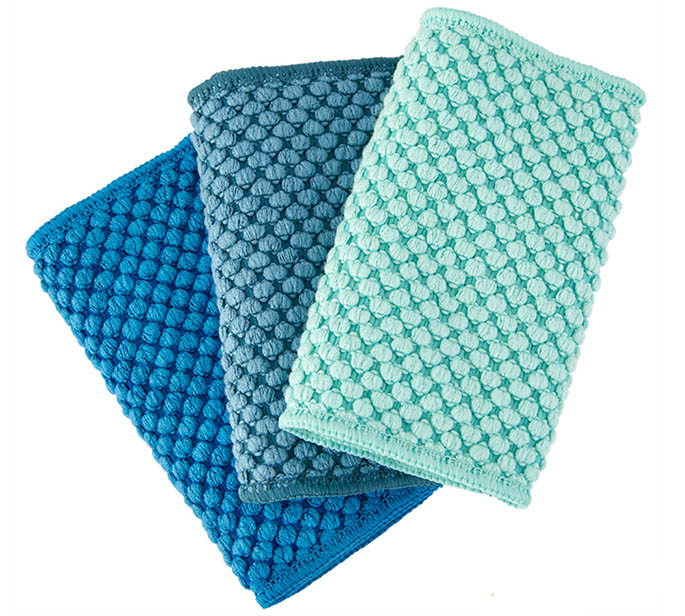 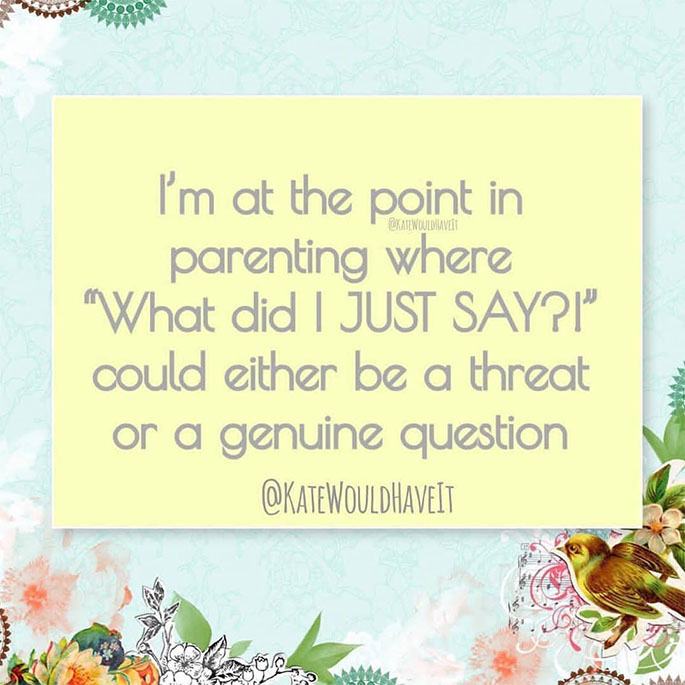 Watching: Will and Grace. I didn’t watch W&G when it originally aired back in the late 90s/early 2000s but am so glad I picked it up now – SO FREAKING FUNNY!! The first couple of episodes felt so-so because 90% of the plot line would never happen in real life, but after deciding to appreciate it for what it is – truly hilarious 90s-esque comedy – it’s been 30 minutes that I look forward to every week. 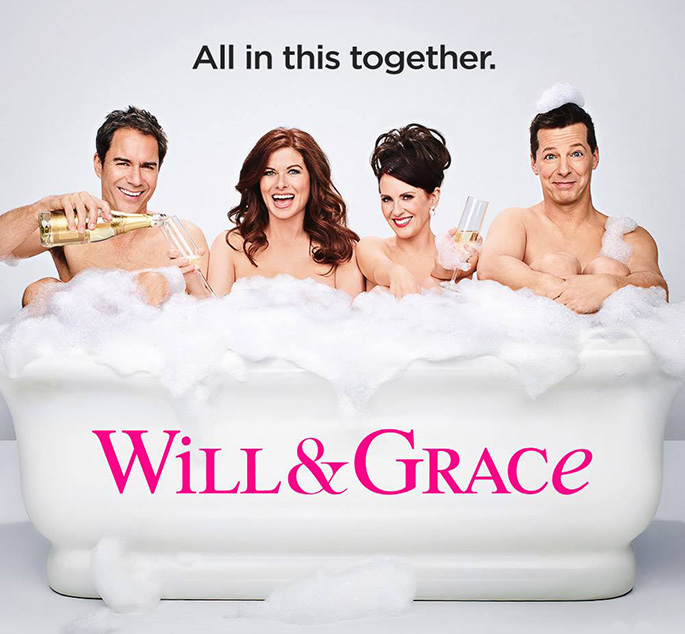 Pick a “Currently” category and fill me in!